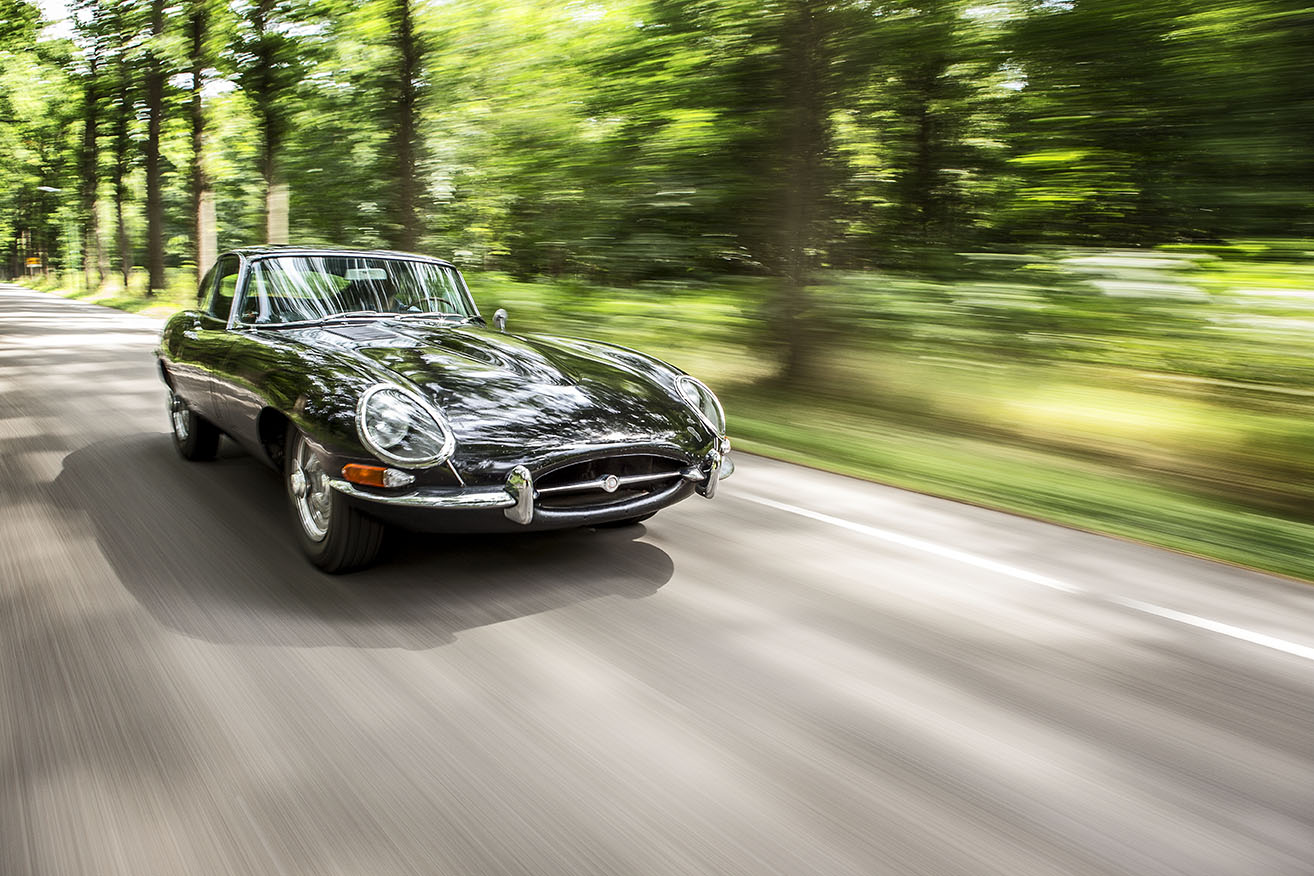 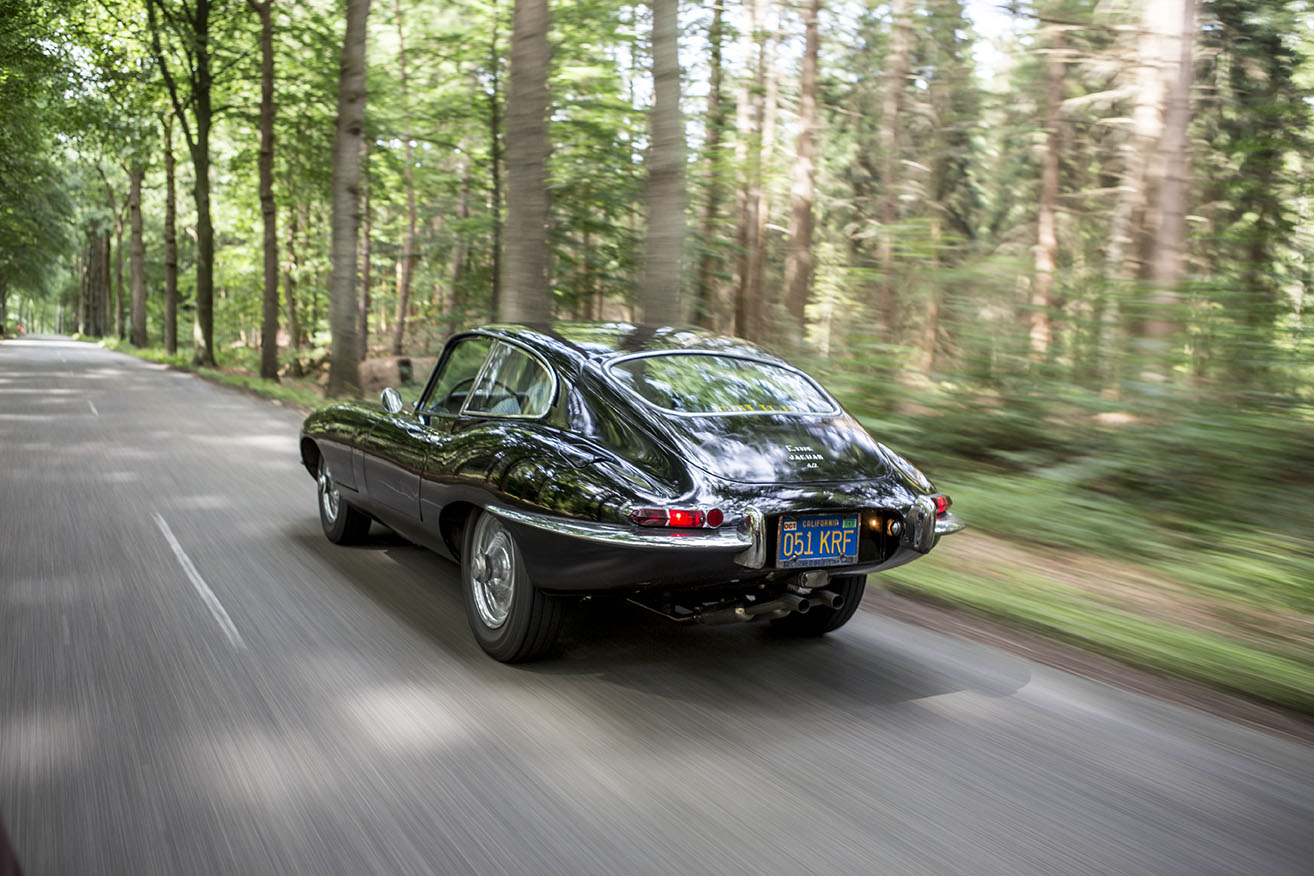 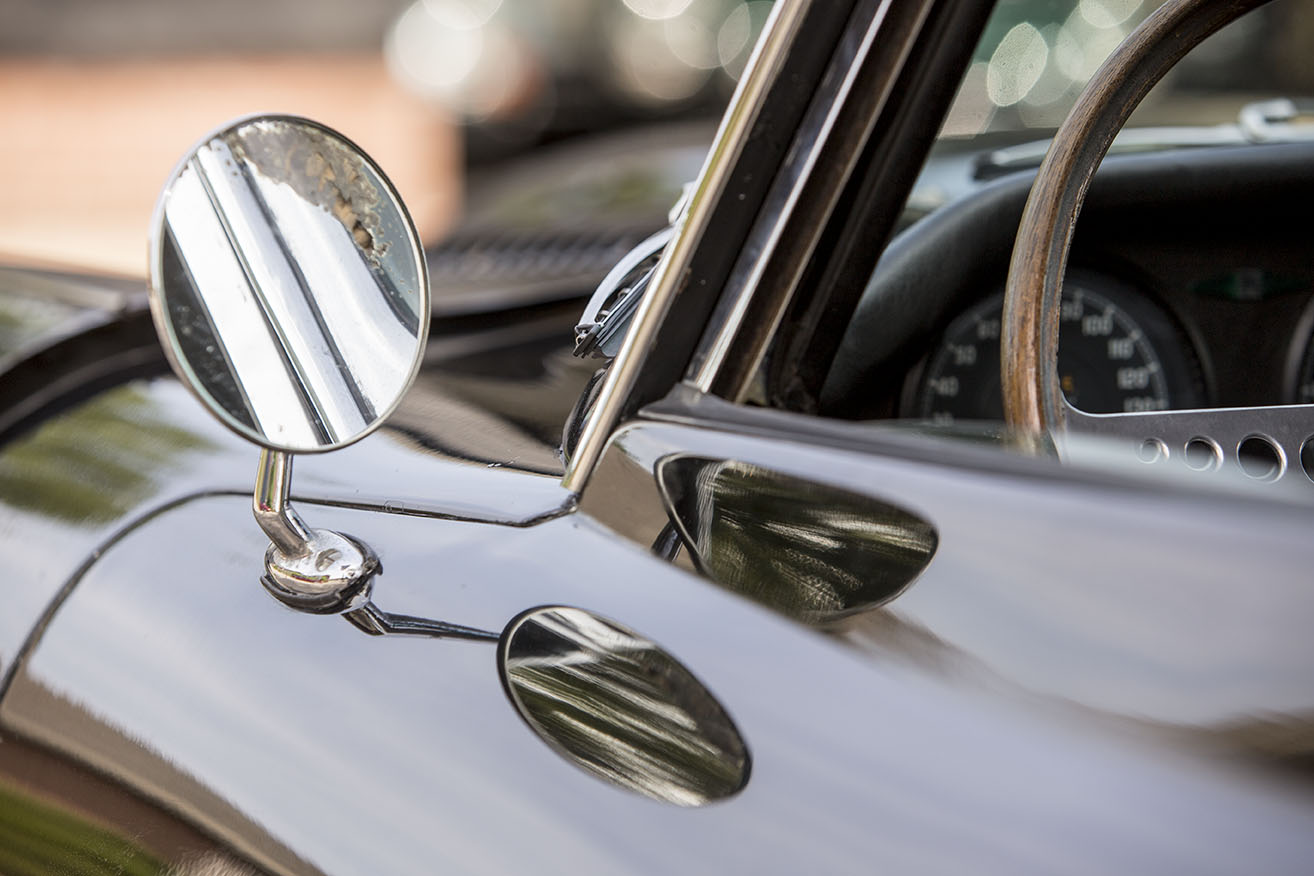 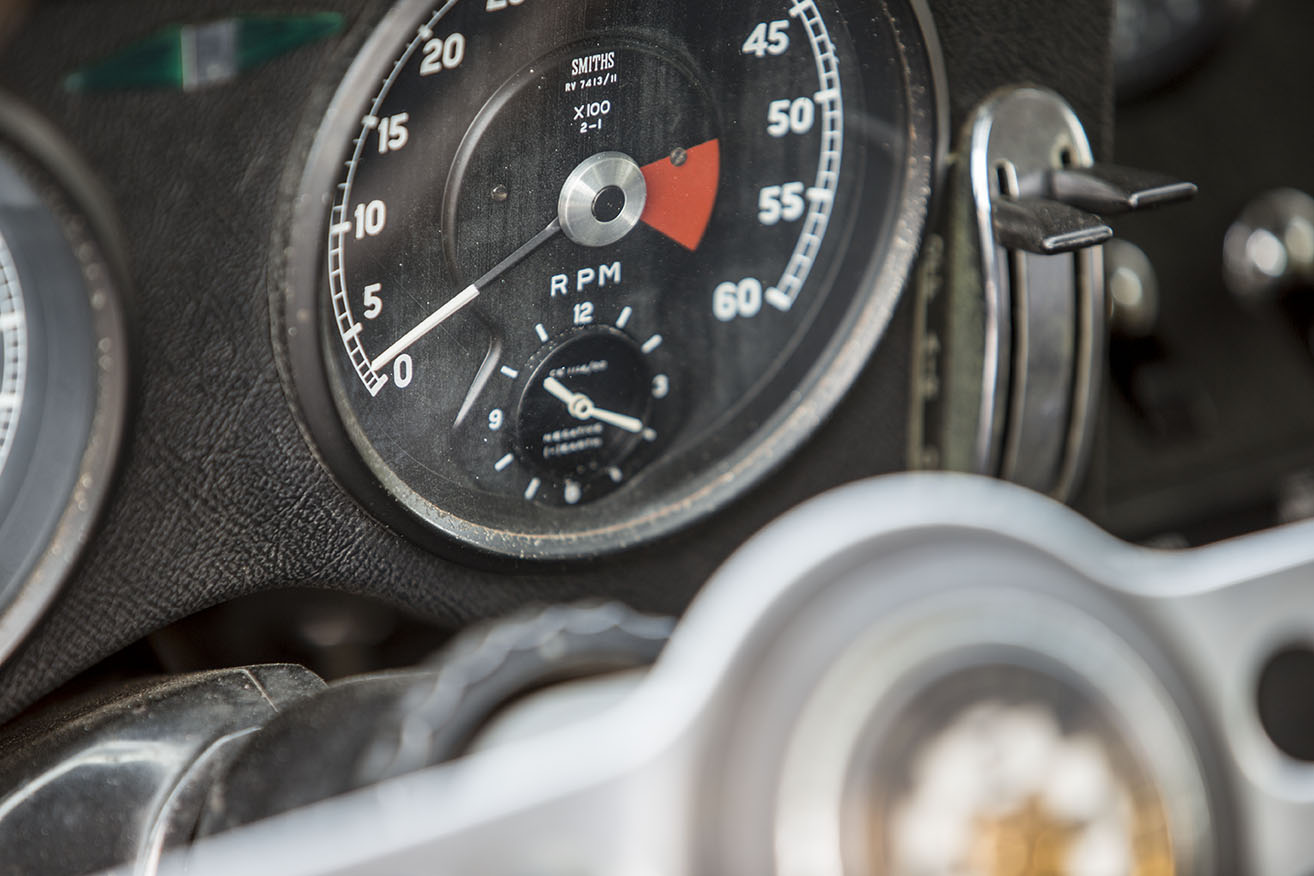 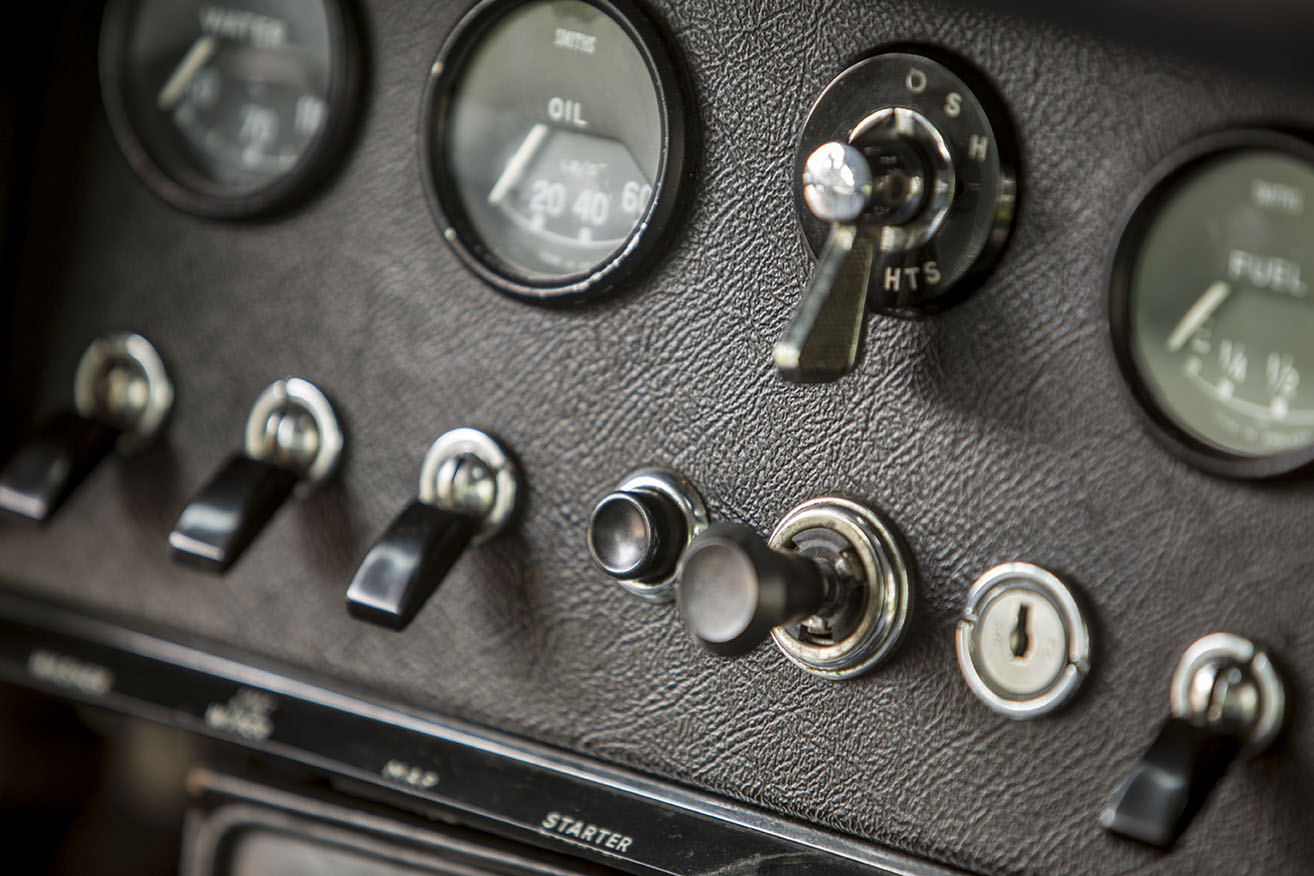 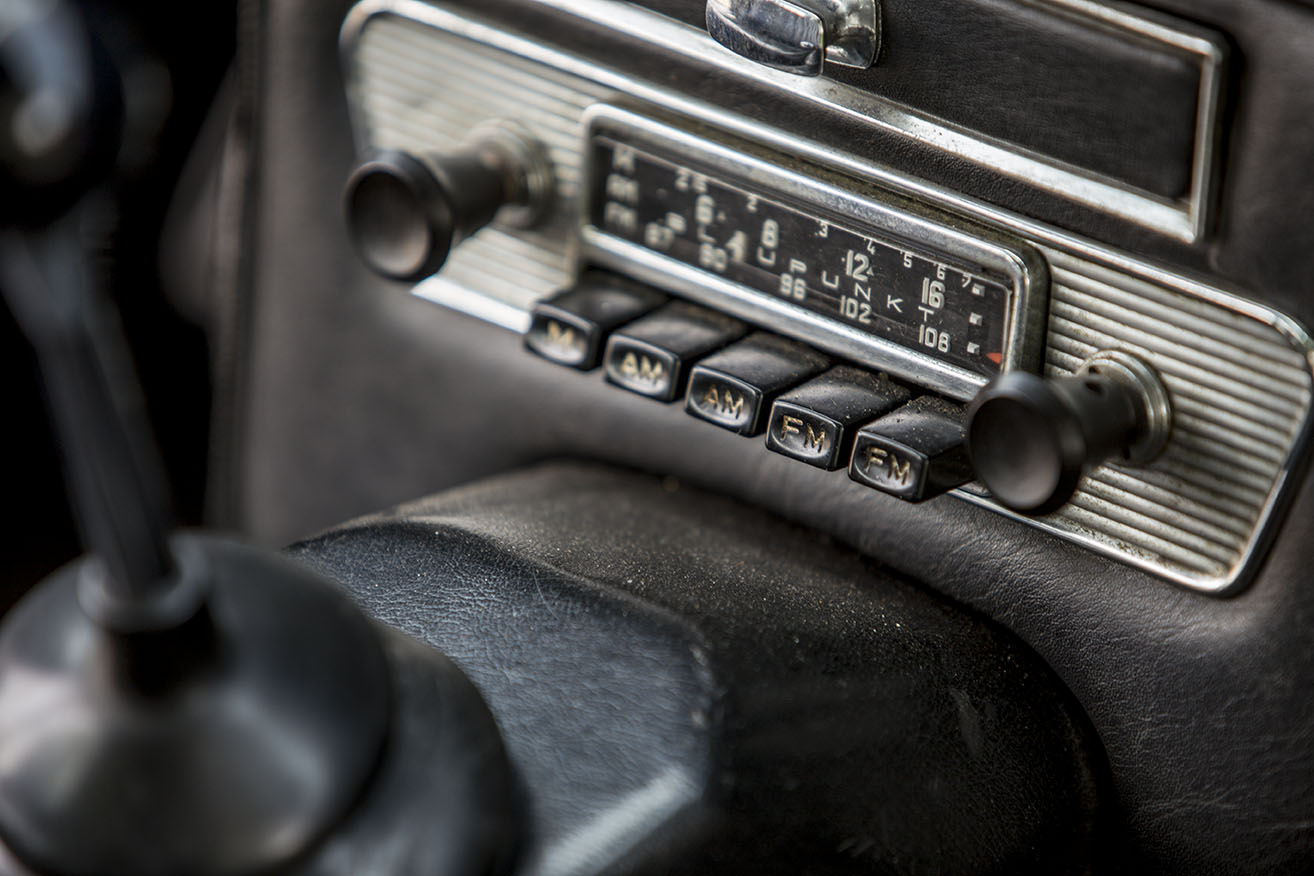 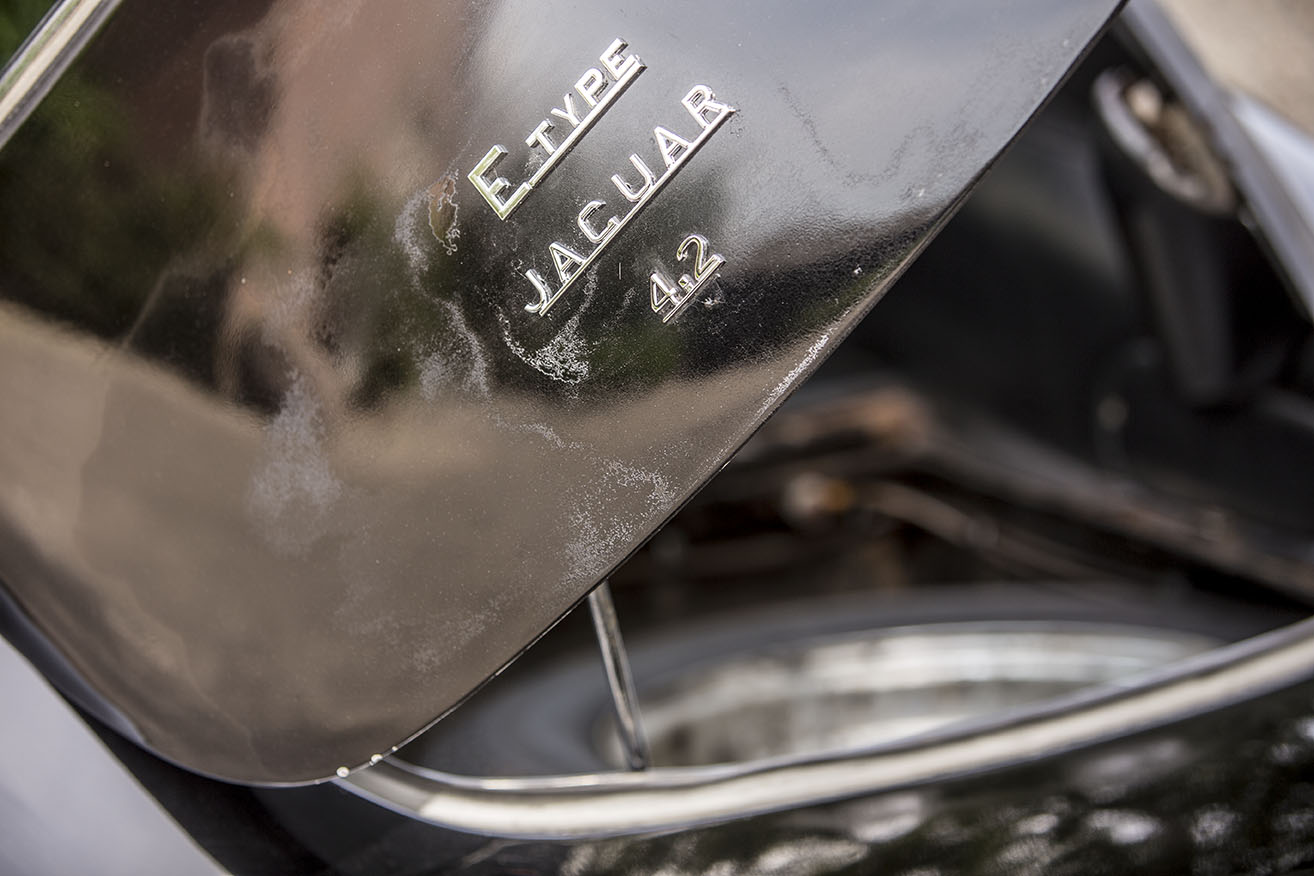 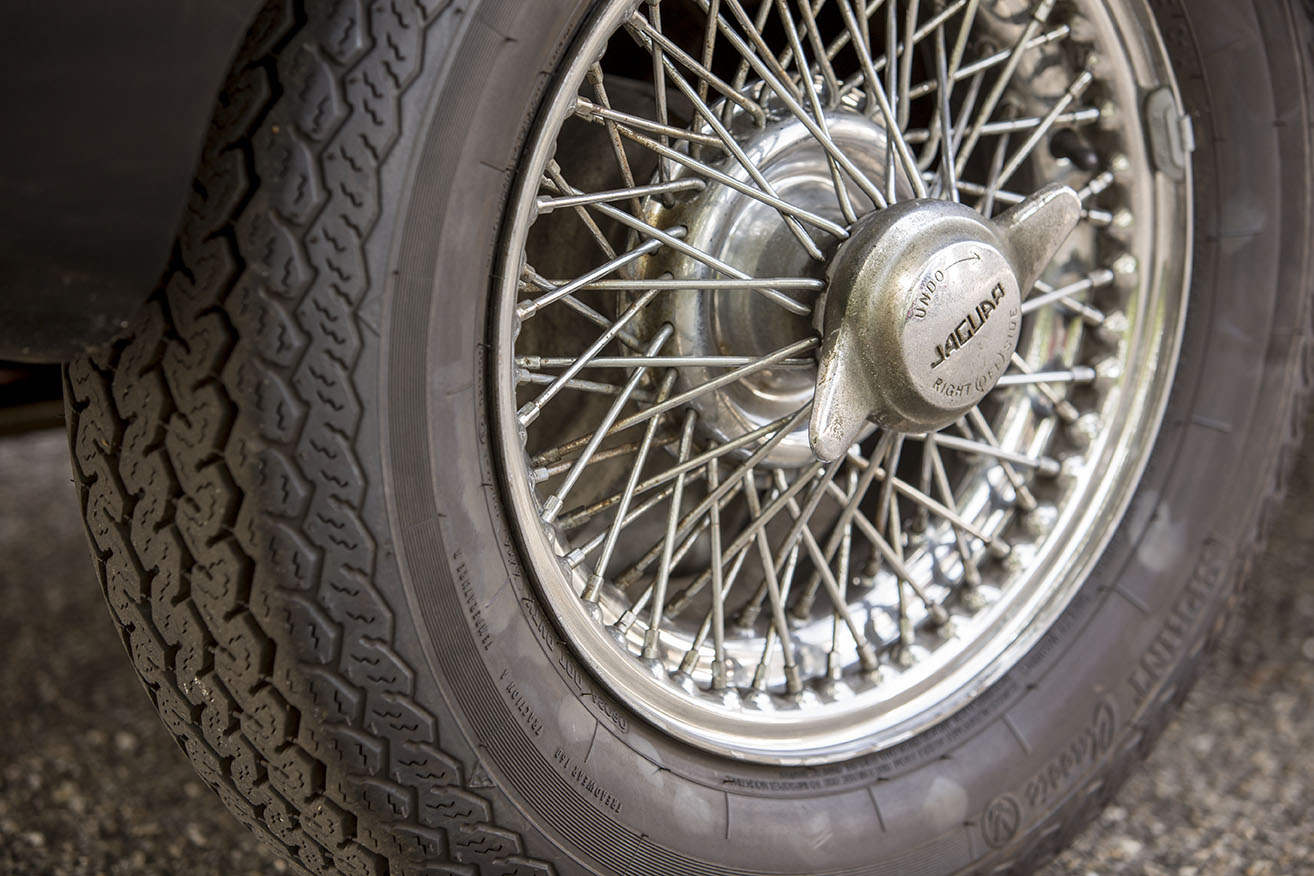 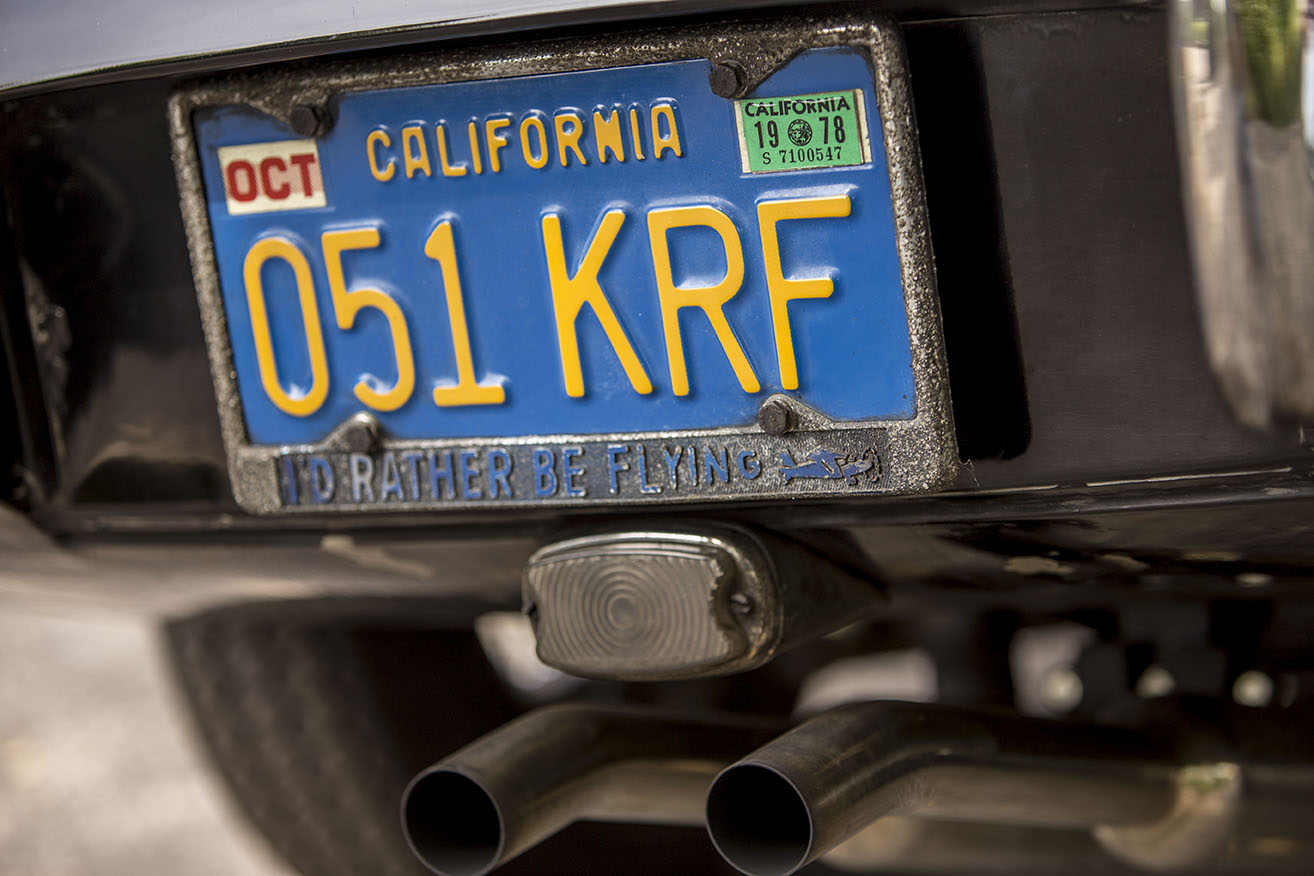 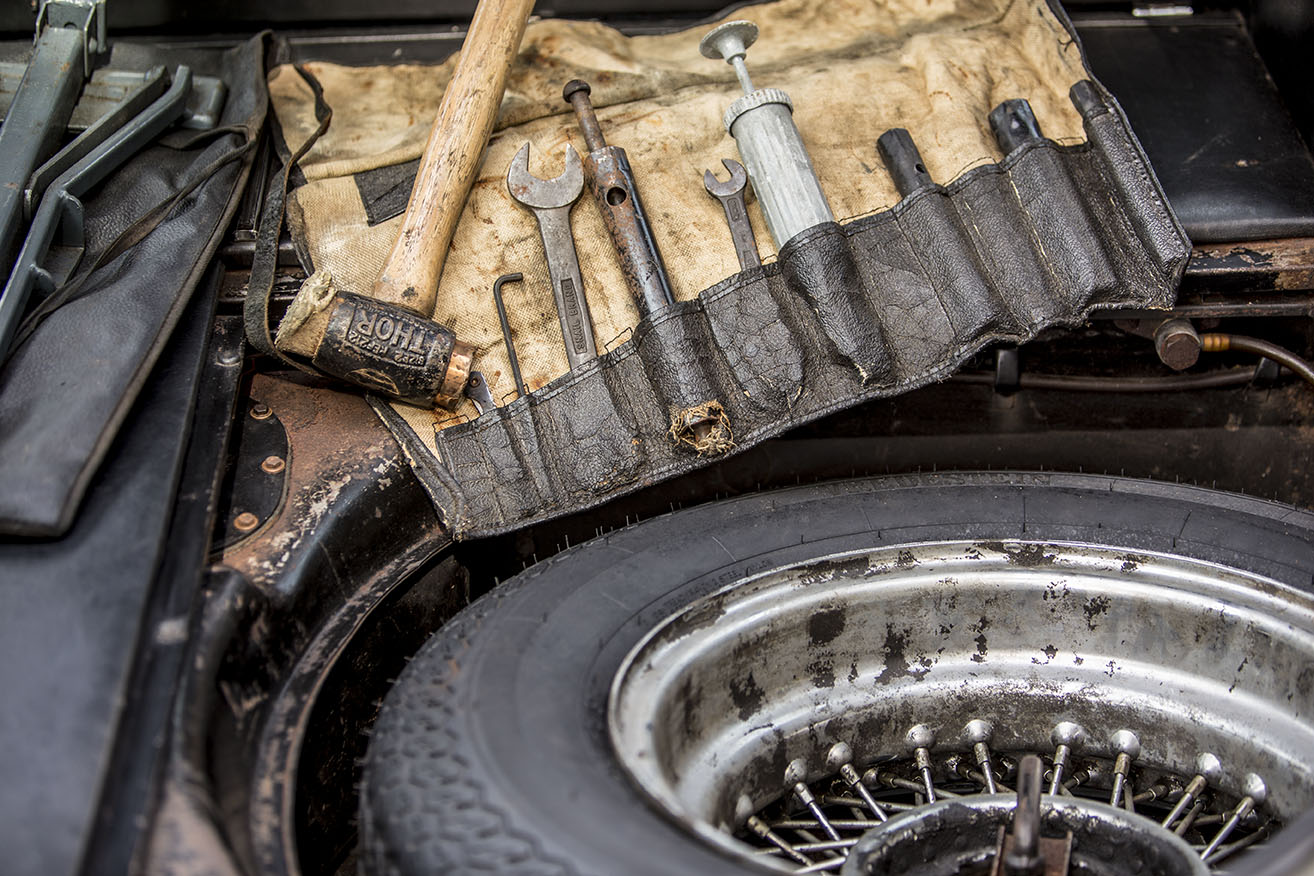 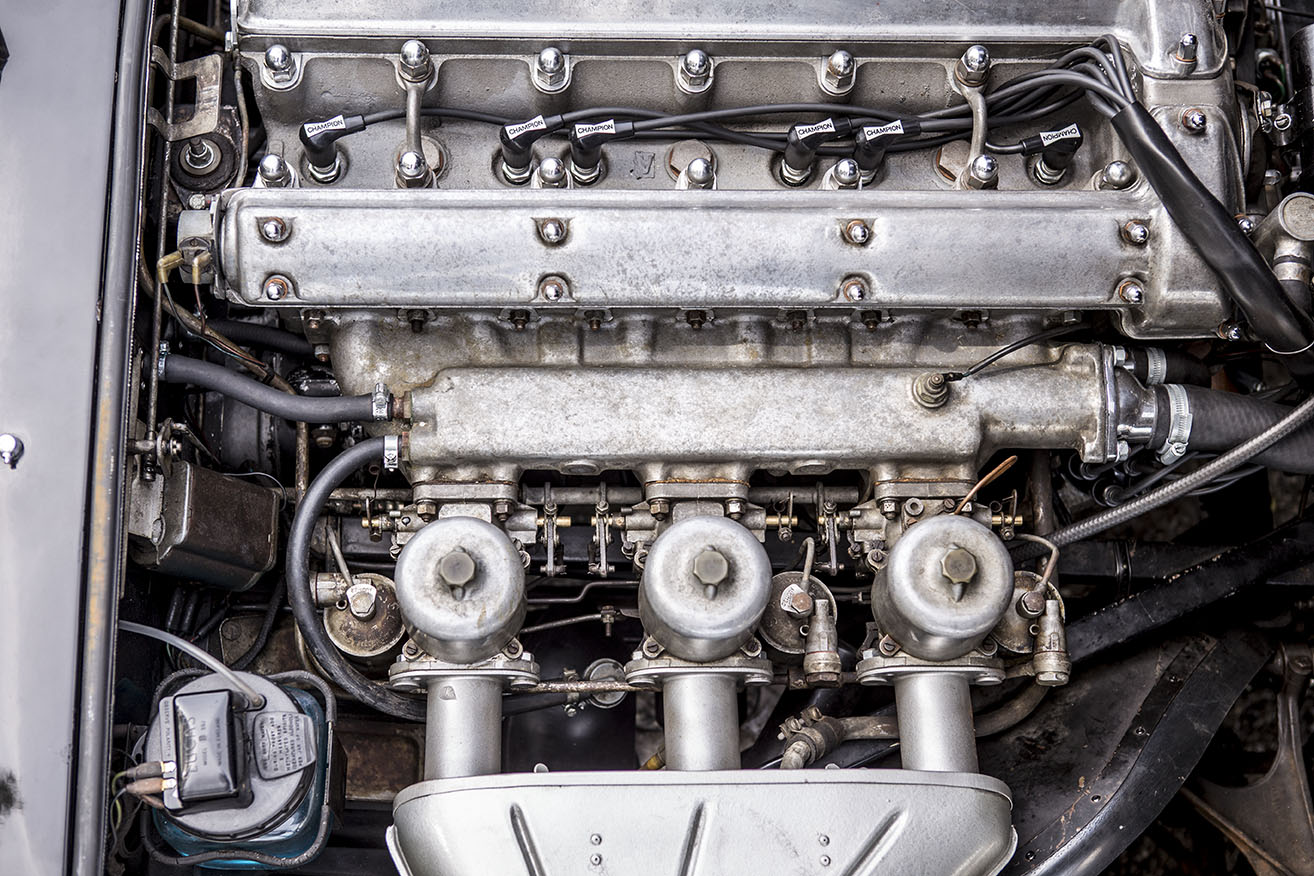 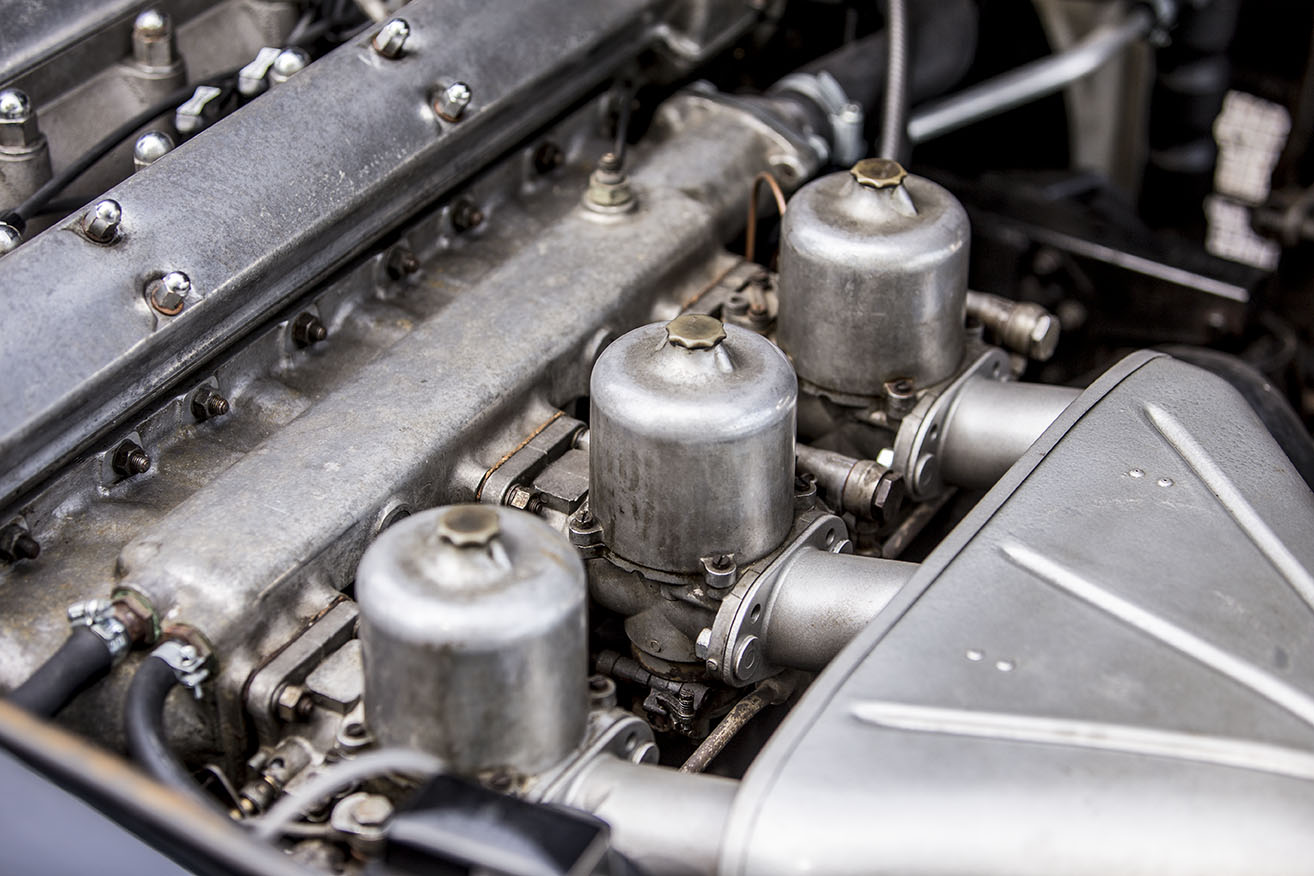 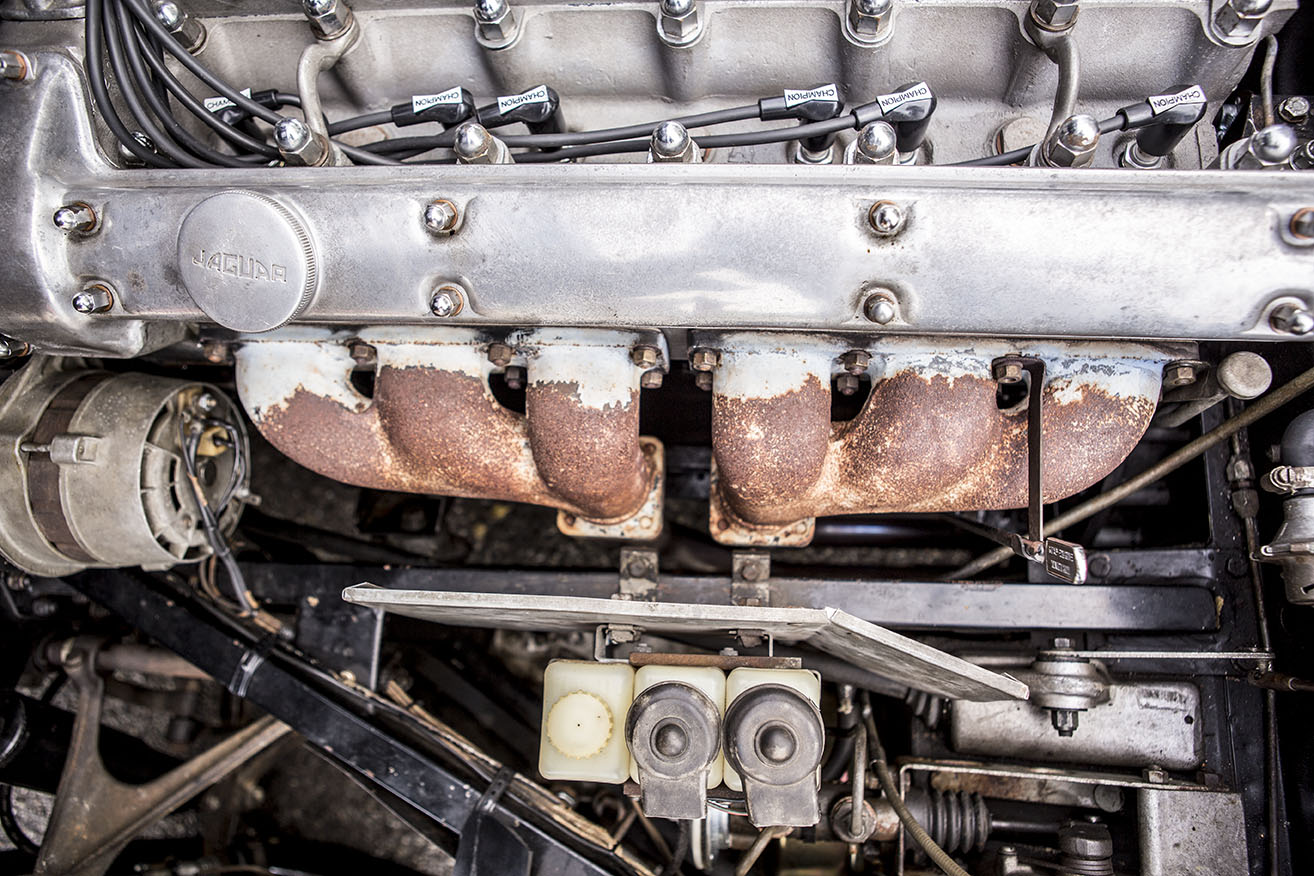 This E-type was built on the 8th of January 1965 and dispatched on the 5th of February 1965 through Jaguar Cars, New York, USA to B A Berks Associates in the color combination of black with black interion trim. An original customer Car Purchase Order from Charles H. Hornburg JR. from Beverly Hills dated 26th of March 1965 is still with the car. It states the order for a new E-type Coupe in black with black trim with chrome wire wheels, tinted glass, front and rear guards, delivery and handling, seat belts and outside mirror for a total price of USD $6.489,84.

Furthermore the original Manufacturer’s Warranty Card shows the delivery from Charles H. Hornburg JR. on this date to its owner.

Probably not long after that the car was stored in a sea container in the Californian desert. In 2014 the car was discovered and taken out of its long term storage and saw daylight again after a period of some 35 years.

The car was then sold to The Netherlands, and the E-type Center who acquired it, performed a full mechanical restoration while retaining the original character of the car. For example the engine, carburetors, ignition, starter and dynamo were professionally rebuild without cleaning off the outside dirt and patina thereby retaining the original barn-find looks. In the same way the car received a full gearbox, brake system, cooling system and front and rear suspension rebuild. With new battery, tires and exhaust the car is in ultimate safe and reliable driving condition. All details are correct to the car and were captured by camera during the whole process.

The body number that was applied by the factory with chalk on the bulkhead is still visible. Behind the rear number plate the original body number tag remained in place.

This E-type still largely wears its original paint, the interior trim is almost fully authentic and the body trim and further components are also the originals. During restoration everything has been done to keep the car in its barn-find appearance. It looks like the car just came out of almost 35 years of storage and that is exactly what is the case. Many people who see the car now ask us, even when they look under the bonnet, when restoration work on the car will start. That is a real compliment for our effort to keep the car in barn-find appearance. When we then tell them that the restoration has just been completed and take them out for a ride with the car they are all stunned by the outcome of this project.

Since many of the classic car concourses around the world now have official “originality” or “preservation” classes, this car would be a serious candidate to win many prizes at such concourses. And while it still looks like a barn-find, this E-type drives and handles like new, absolute great roadholding, beautiful handling with strong and smooth running engine.

Matching numbers, currently on Dutch EU registration and comes with a Heritage Certificate and a great history file.