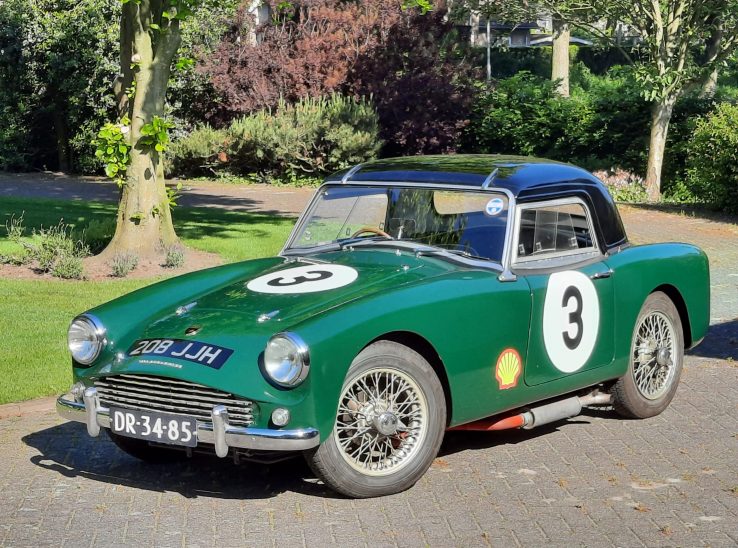 One of the most original and well documented race Turners in the world. A guaranteed ticket to the most prestigious worldwide classic race and competition events. For the first time on the market after 37 years of single ownership.

Turner Sports Cars were lightweight with a good power to weight ratio and renowned for great handling, both on the road and on the track. While proving a lot of fun on the road, Turners excelled in motor sport and racing competition. In the UK they won the Autosport team prize in 1958 and 1959 and a class win in the 1960 Autosport championship as well as many individual successes in club racing between 1956 and 1966. Initial success was in the class up to 1.000 cc with cars fitted with BMC A-series engines and later in the higher classes with Coventry Climax, followed by Ford engines. Turner Sports cars were well known to “surprise” the better-known cars such as Lotus, MG and Healey on the race track and continued to be successful in Historic Motor Sport around the world to this day.

Already established as a race car builder, Jack Turner decided in 1954 to produce a simple, affordable, entry-level sports car. These cars featured a large diameter steel ladder frame chassis combined with a steel or fibreglass body, using running gear and power plants from a variety of sources such as BMC A series, Coventry Climax and Ford. Late 1959 Turner announced the arrival of its redesigned 950 Sports model with a new full-width grille, curved windscreen and smoothened rear.

About this specific example:

RAF Wing Commander Kenneth William Mackenzie (1916-2009) had quite a background in racing. When deciding on his new car for the 1960 season, Turner was the car to have. Mackenzie’s first Turner (208 JJH) was bought “factory built” from Jack Turner in February 1960. This car was the third of a batch of 3 cars that were delivered to Alexander Engineering of Haddenham (the new distributor of Turner Sports Cars for Southern England and a well known tuning company in the sixties) to become “Alexander Turner’s” prepared by Fred Hillier and the crew from Alexander. The car, fitted with a BMC-A series engine, was homologated under the Appendix J regulations of the FIA and was to be raced in the “up to 1.000 cc class” (1960 Autosport Championship Class A).

This Turner 950 Sports took part  in the 1960 Autosport series production sports car championship in which Ken Mackenzie, at the end of the season, gained third place in class A. In addition, he also took part in other 1960 races like the Holmpatrick Trophy race of Dunboyne, Ireland. All events are well documented in various magazines of that year. During 1960 and 1961 the car also competed at Goodwood 3 times. The car continued to be raced in the years thereafter up until 1965.

In 1977 the car was sold by the last British owner to a well known racer and car journalist in The Netherlands. The current Dutch owner acquired 208 JJH in 1985 and started a meticulous restoration to its original 1960 specification over a period of 10 years. The car still had many authentic details which have been kept and preserved during the restoration. The only modern concession being made is the fitment of Michelin 155R15 radial tyres instead of the period correct cross-ply tyres.

208 JJH now is in perfect condition, on the button and ready for a new rally or race season. The car comes with a detailed history, lots of period documentation including personal letters from Ken Mackenzie, detailed restoration report, correspondence and an abundance of Turner spare parts, some of which extremely rare.

If you would like to learn more about this great period race car, please contact us to make an appointment to view this Turner in our showroom in Leerdam, The Netherlands.