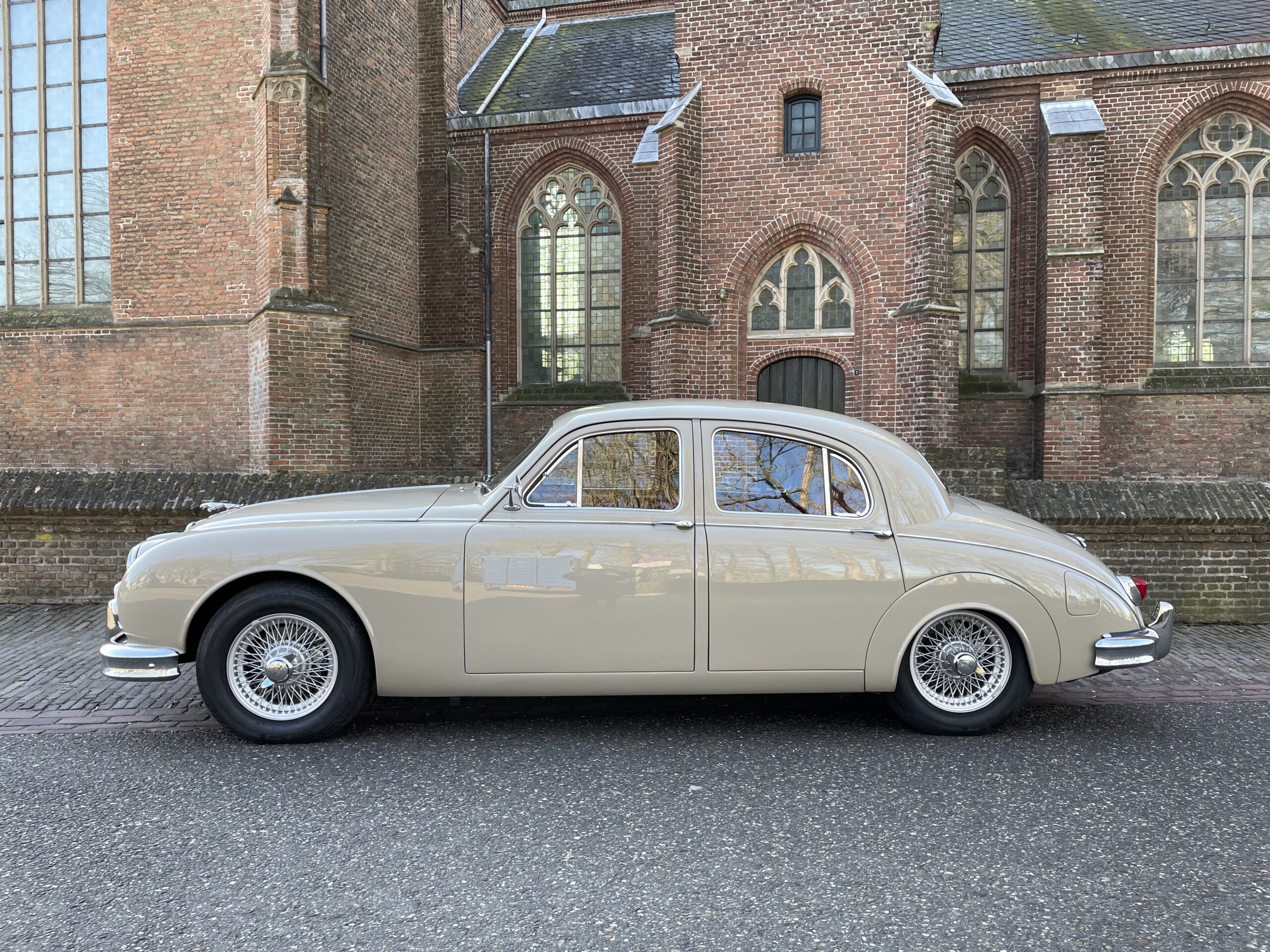 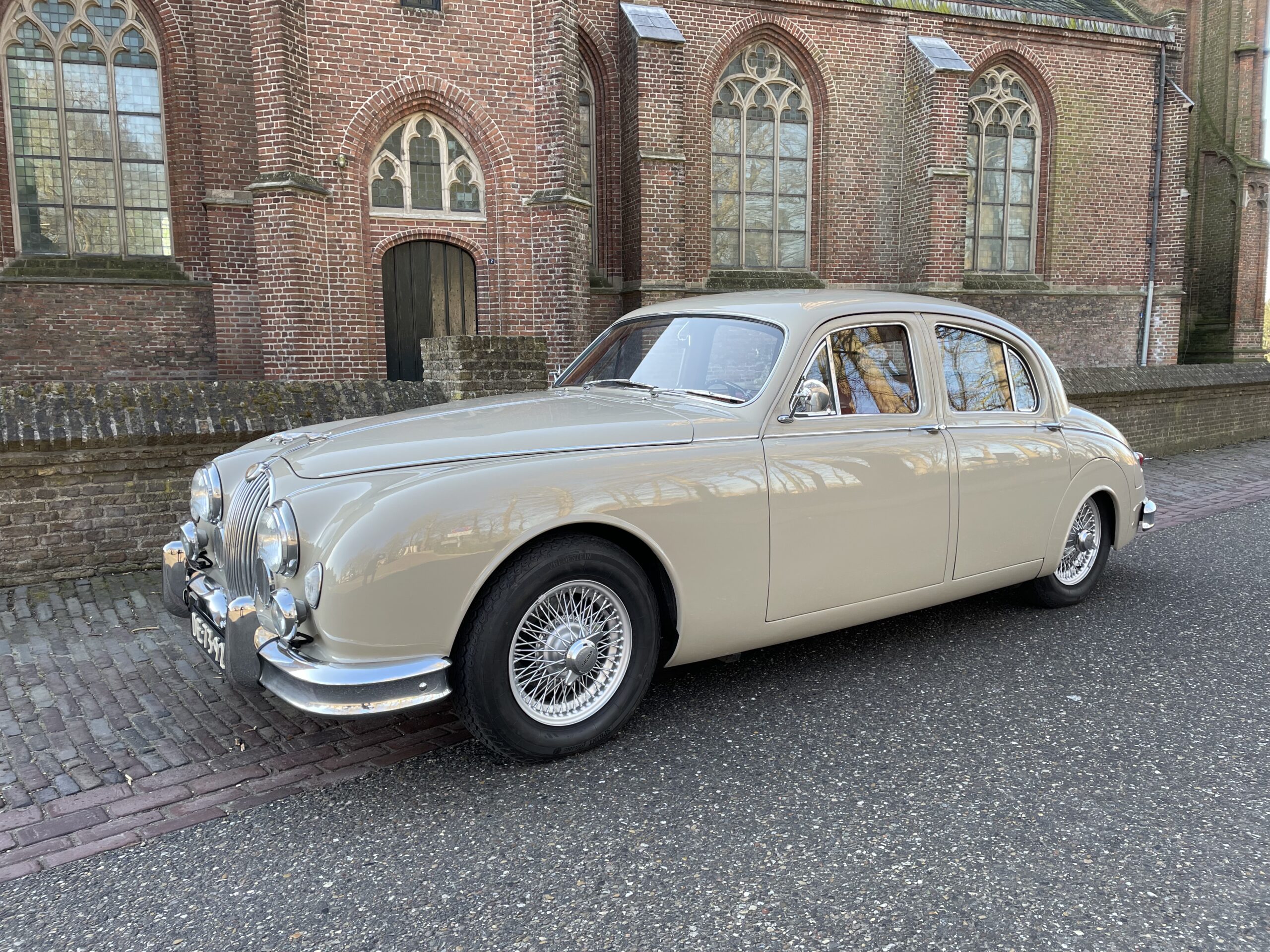 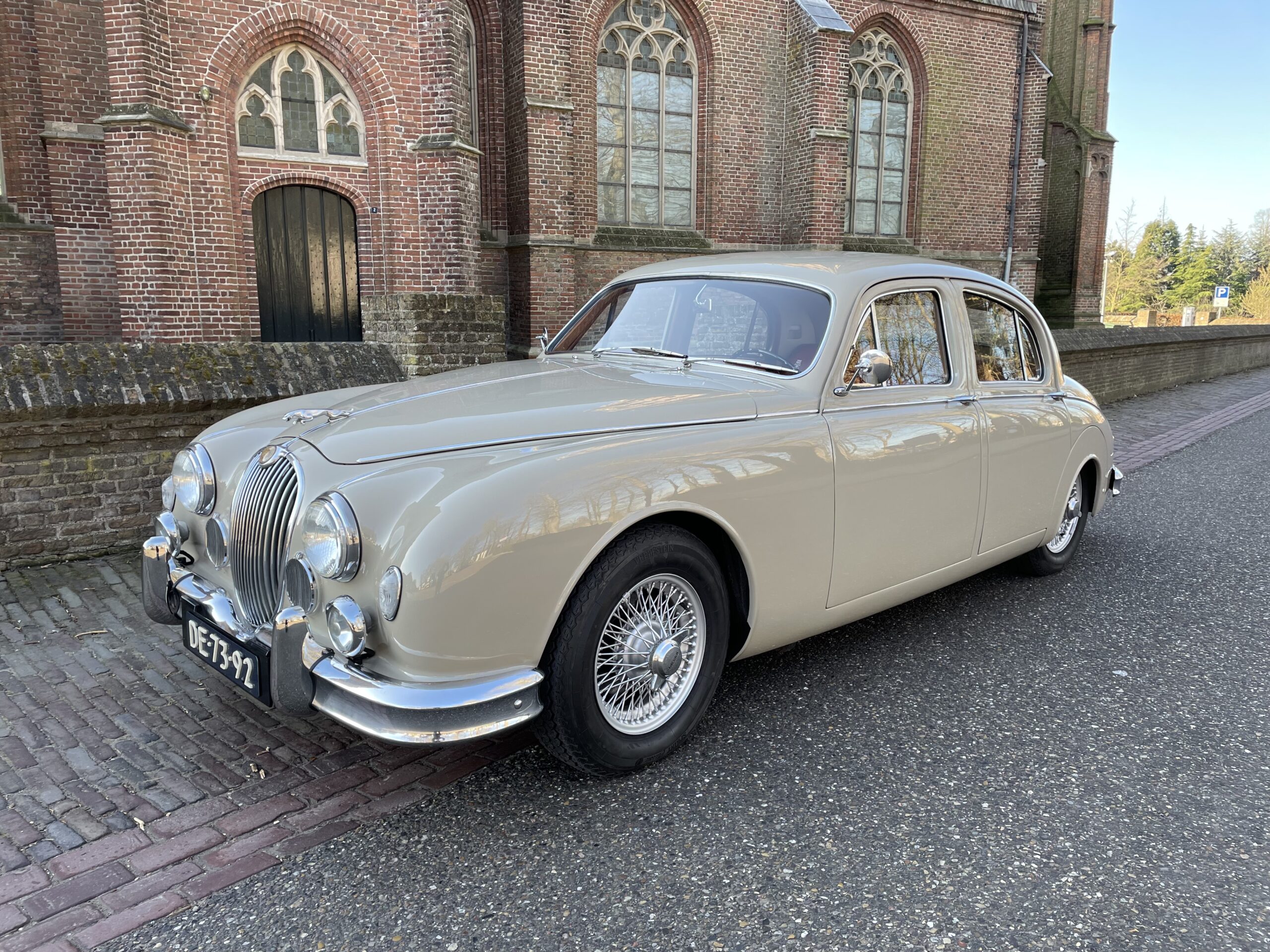 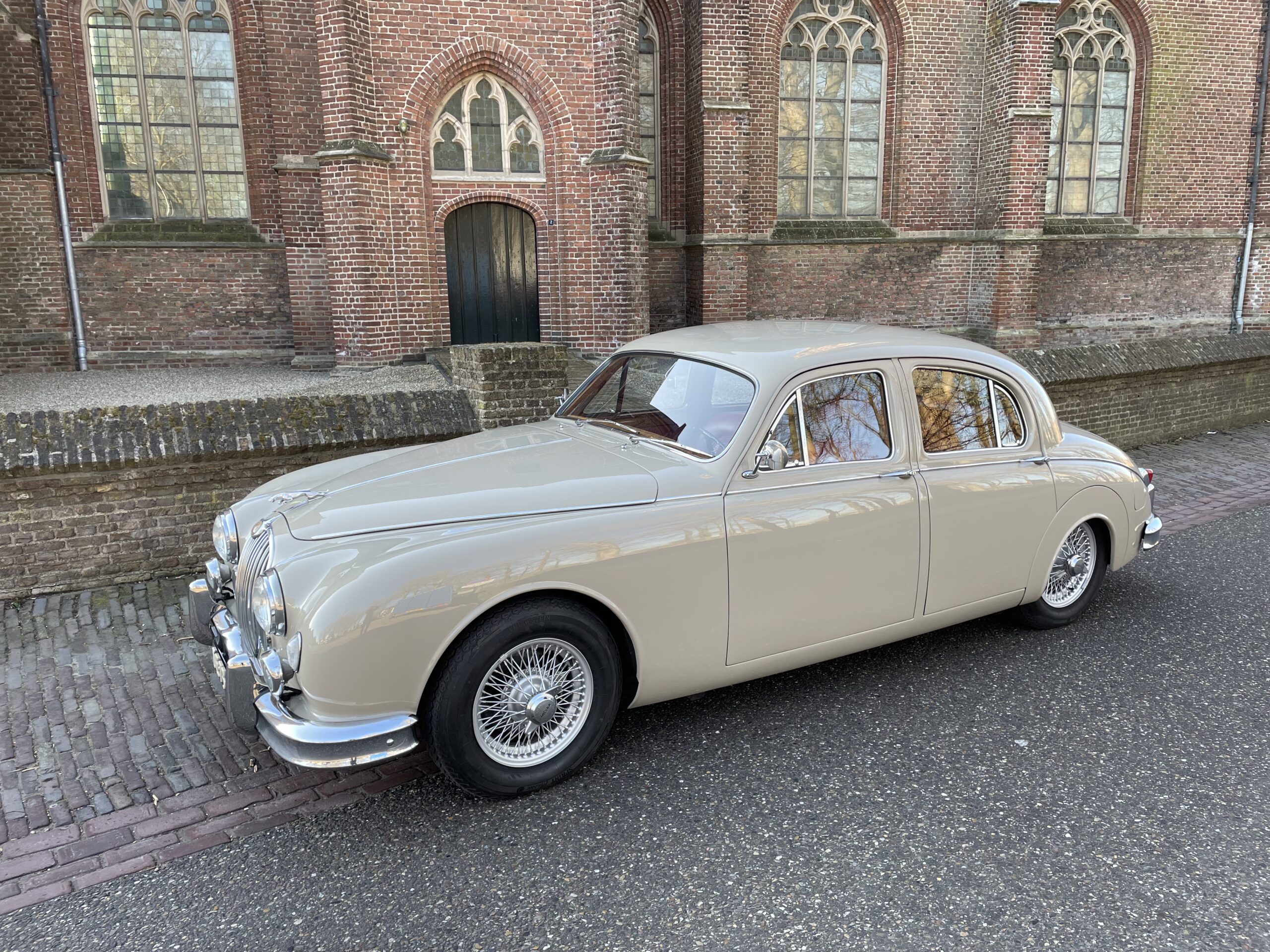 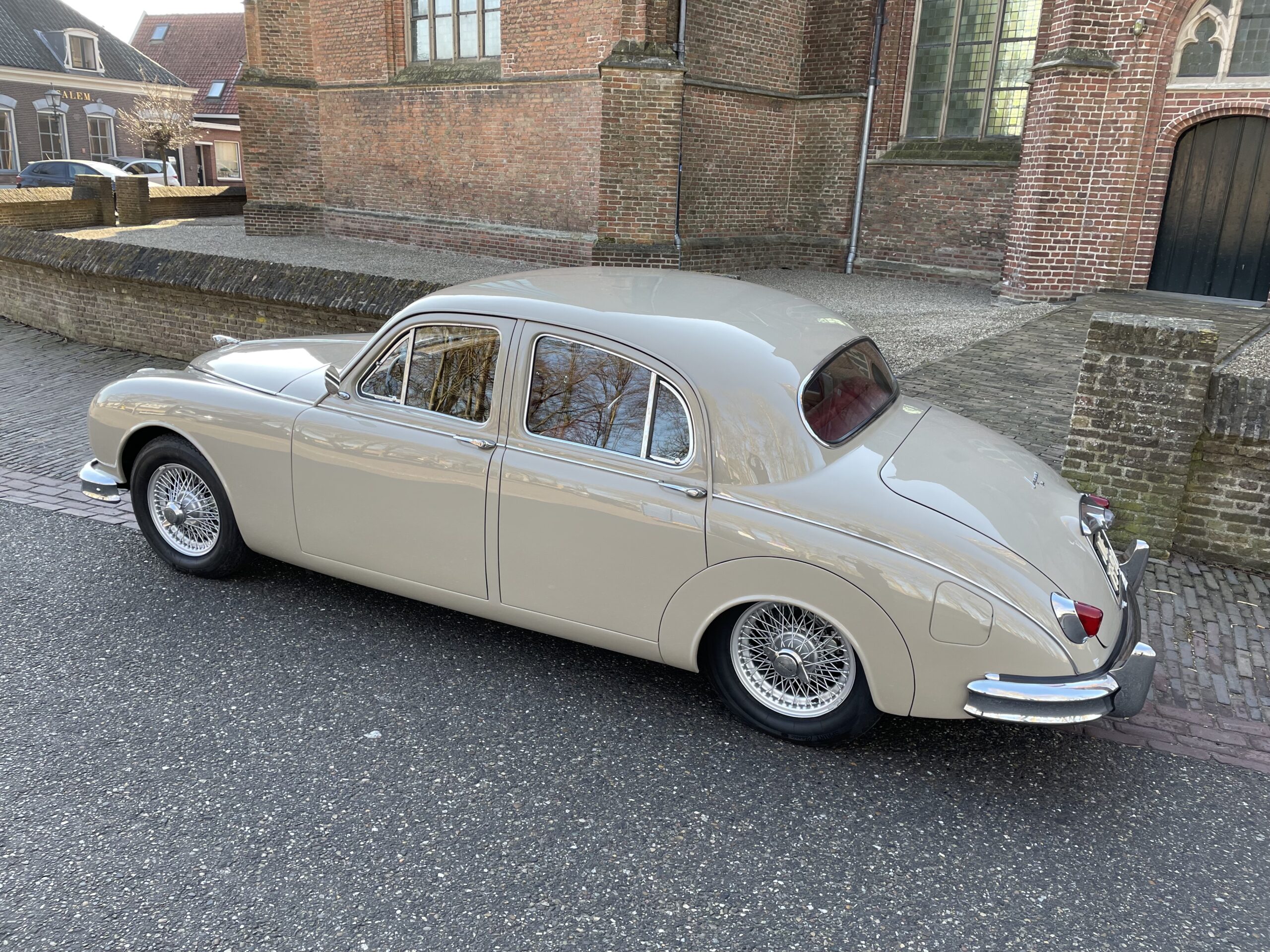 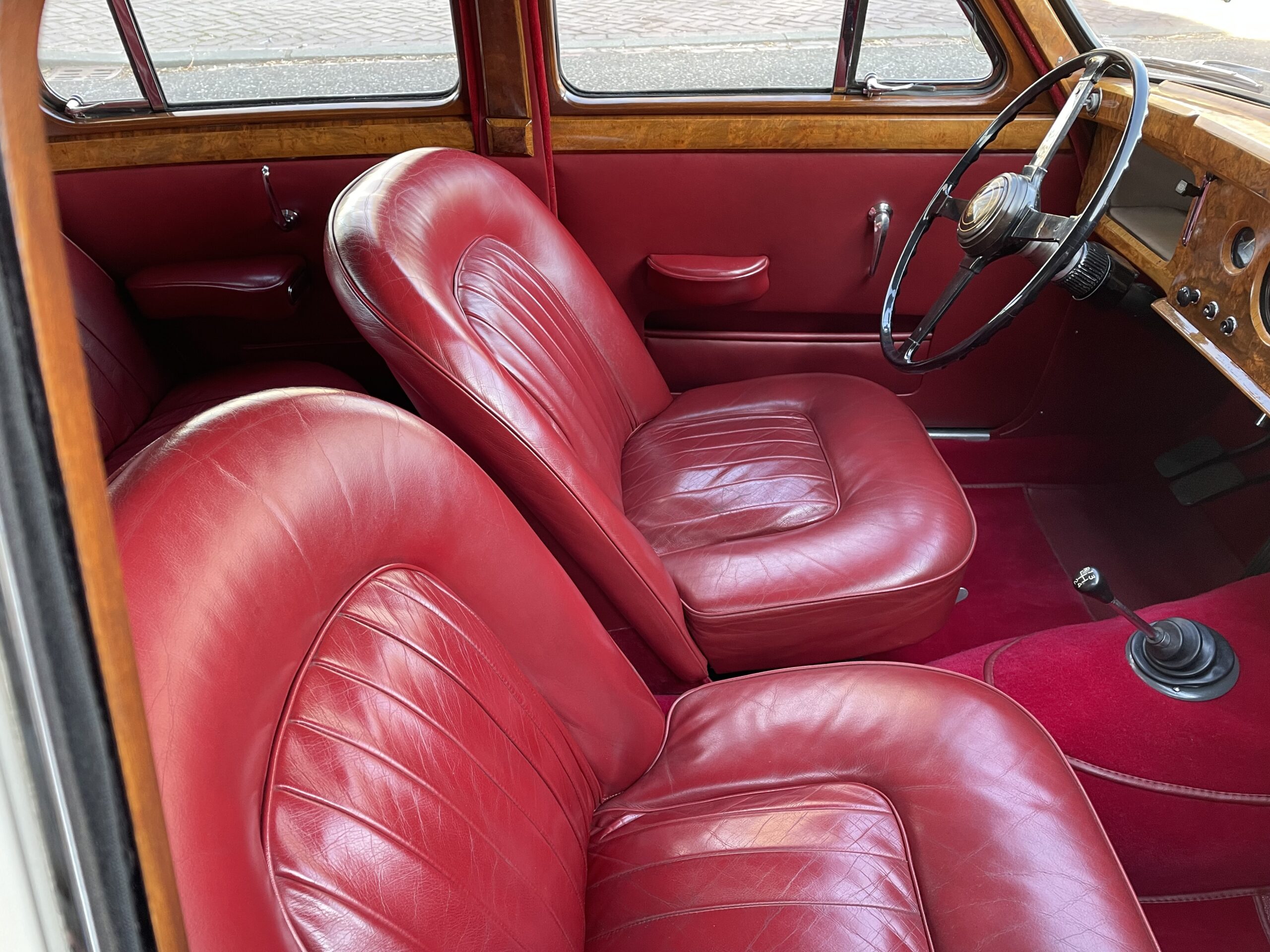 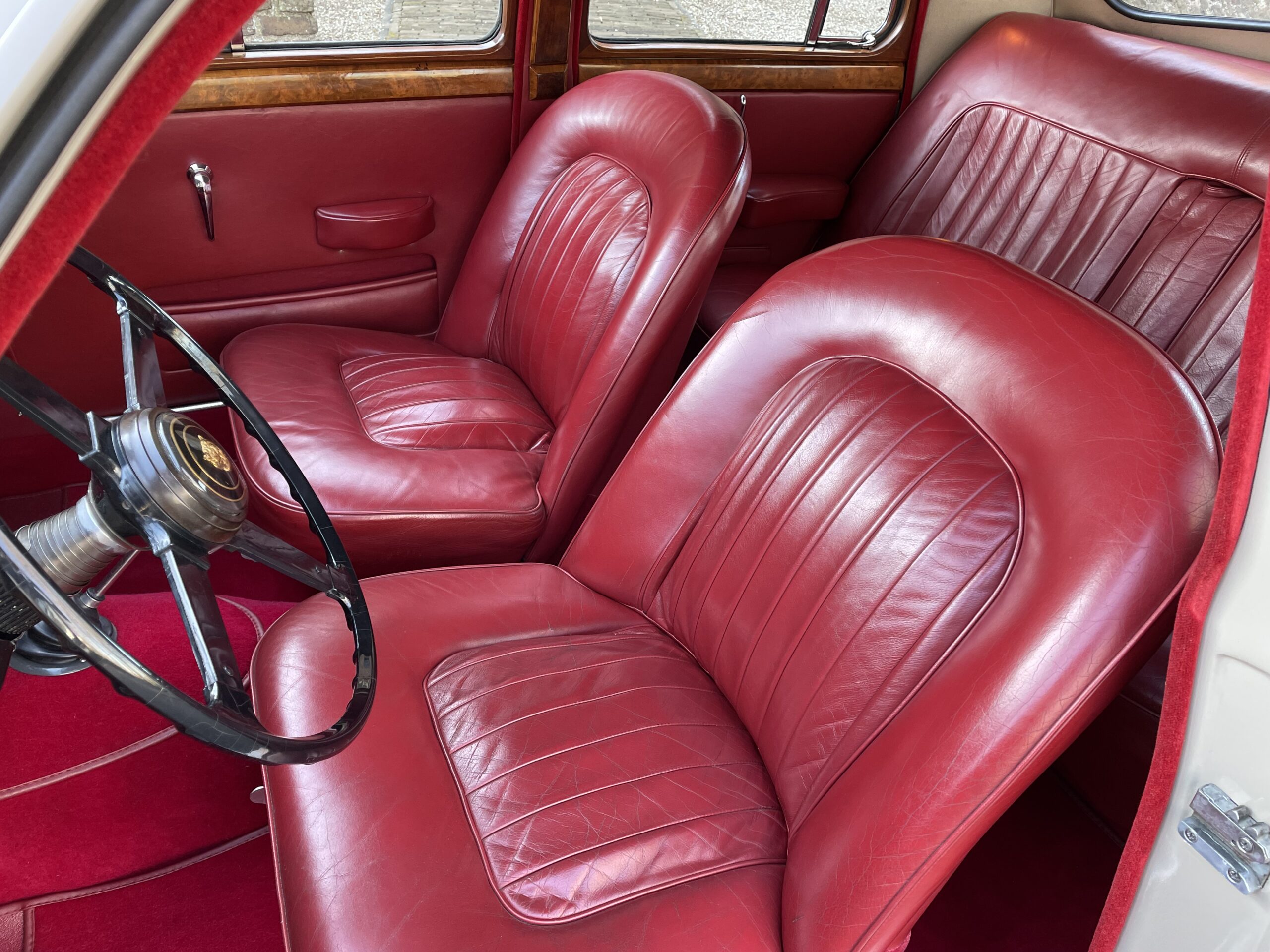 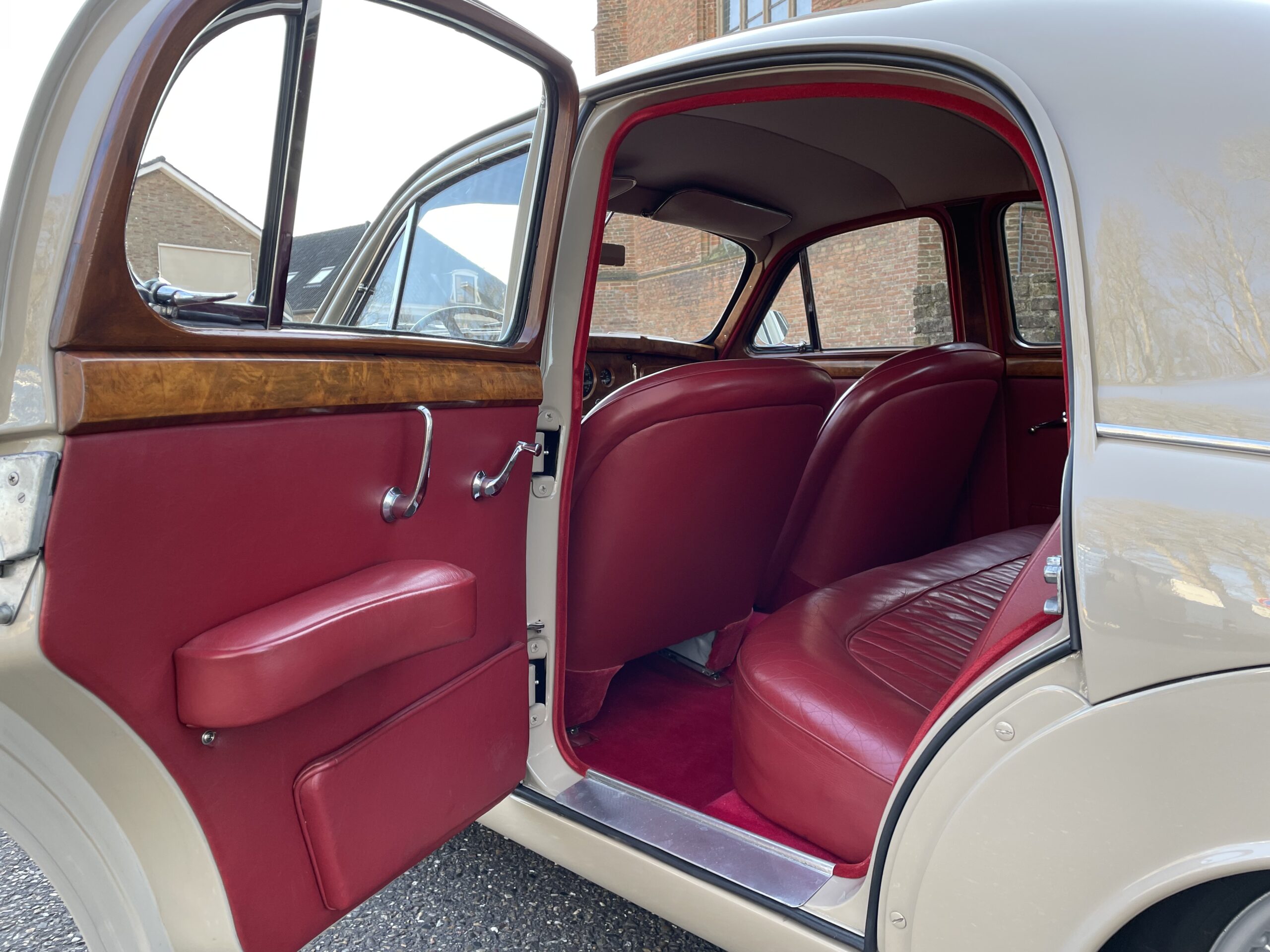 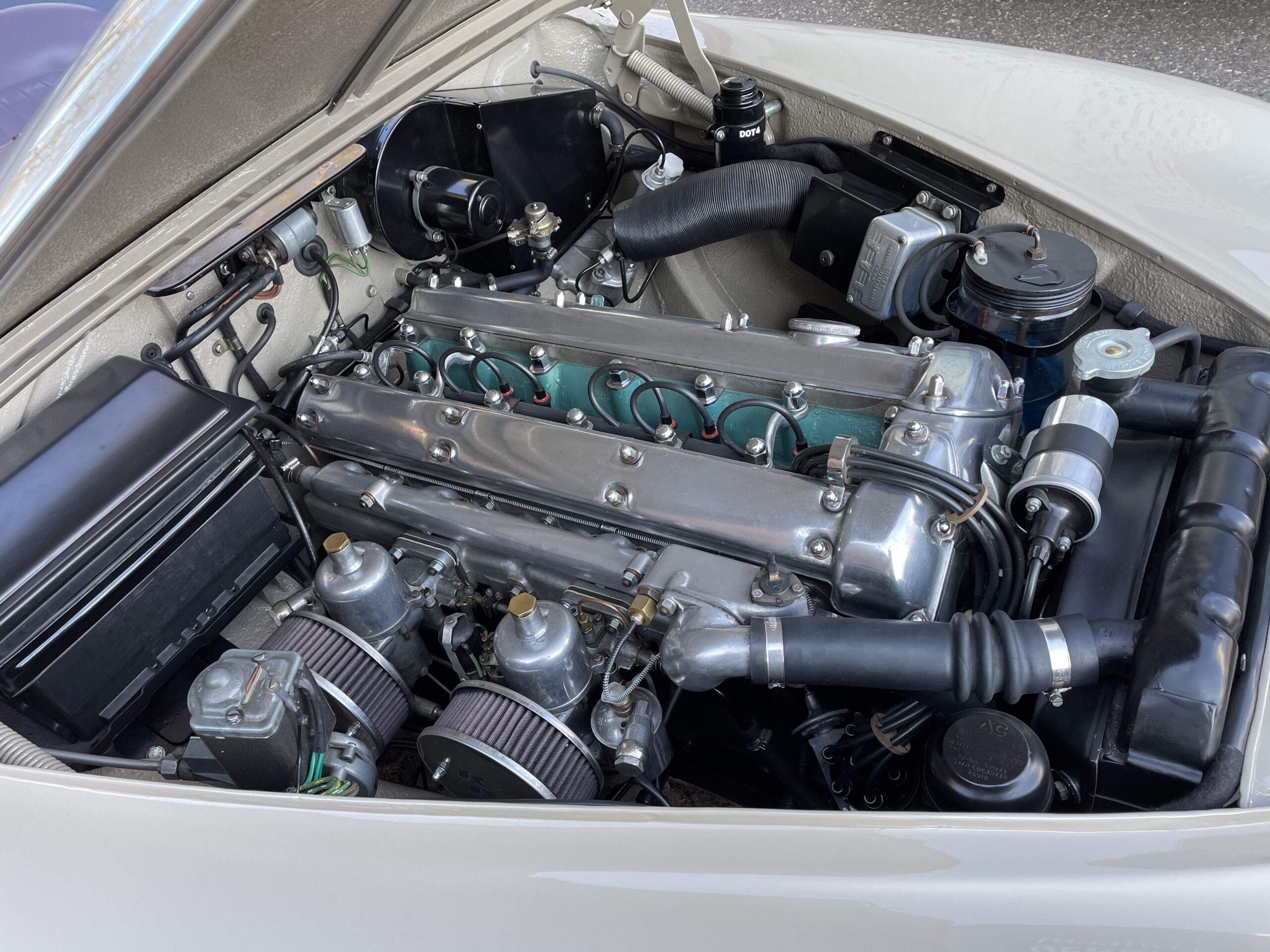 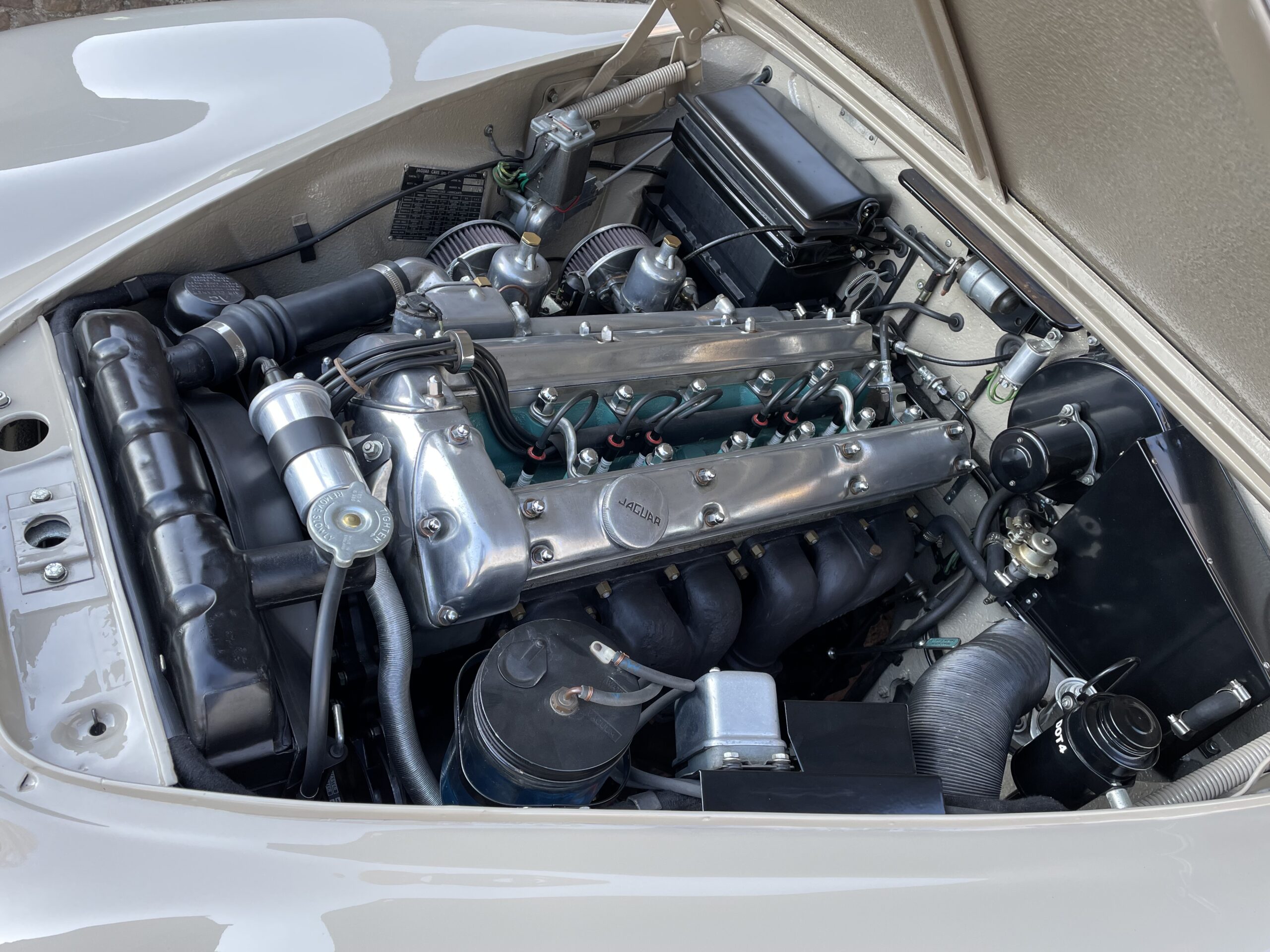 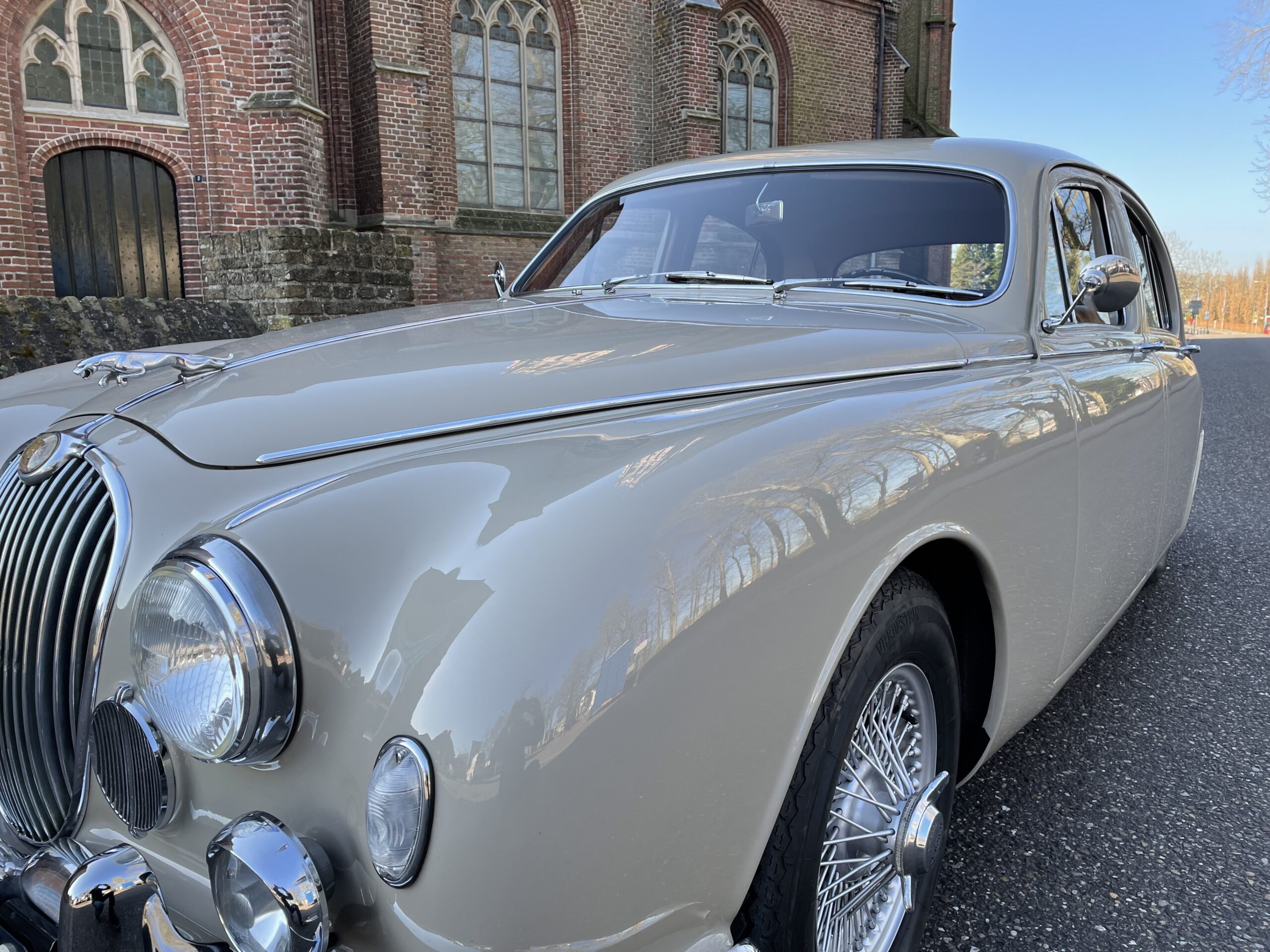 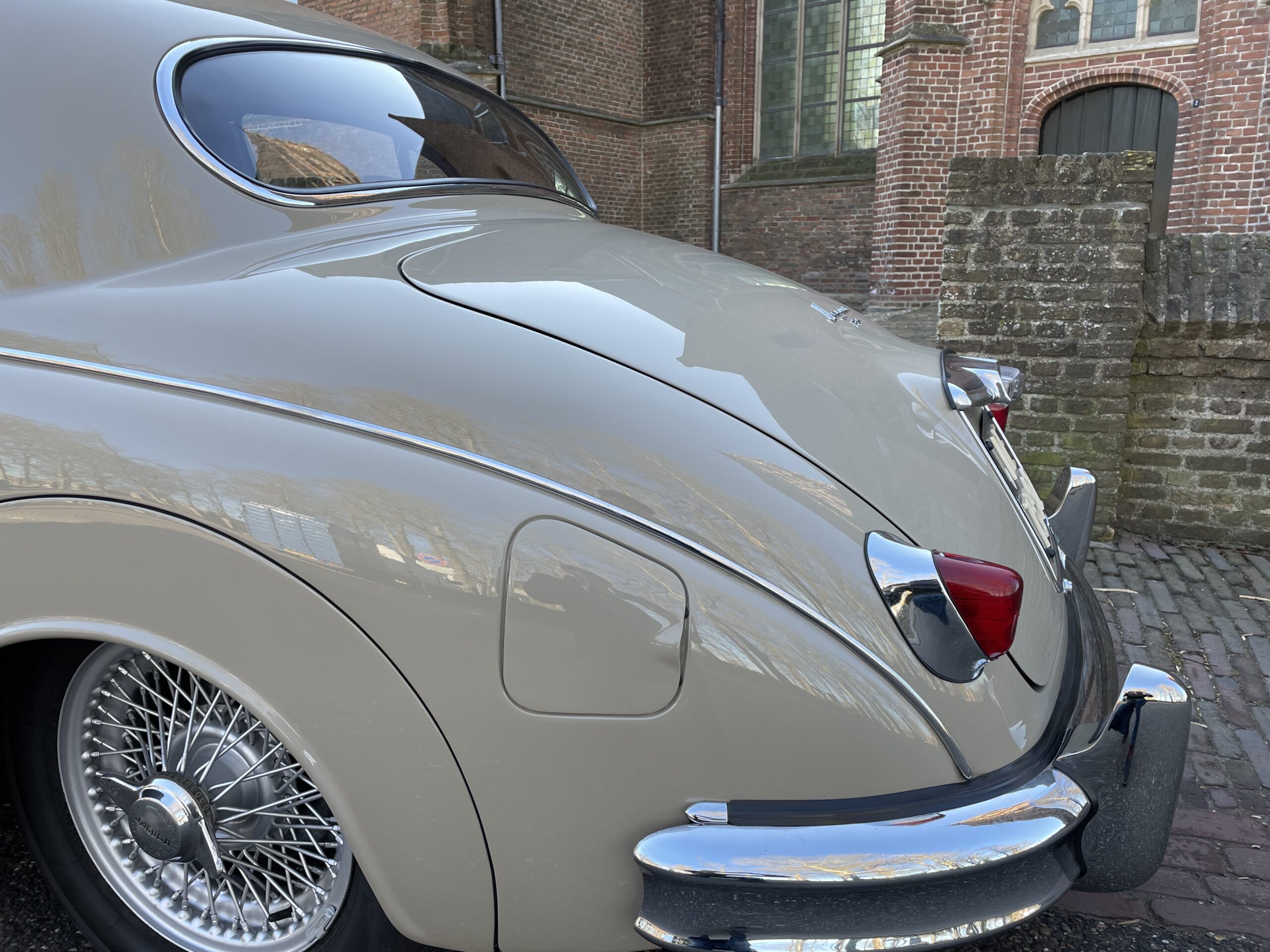 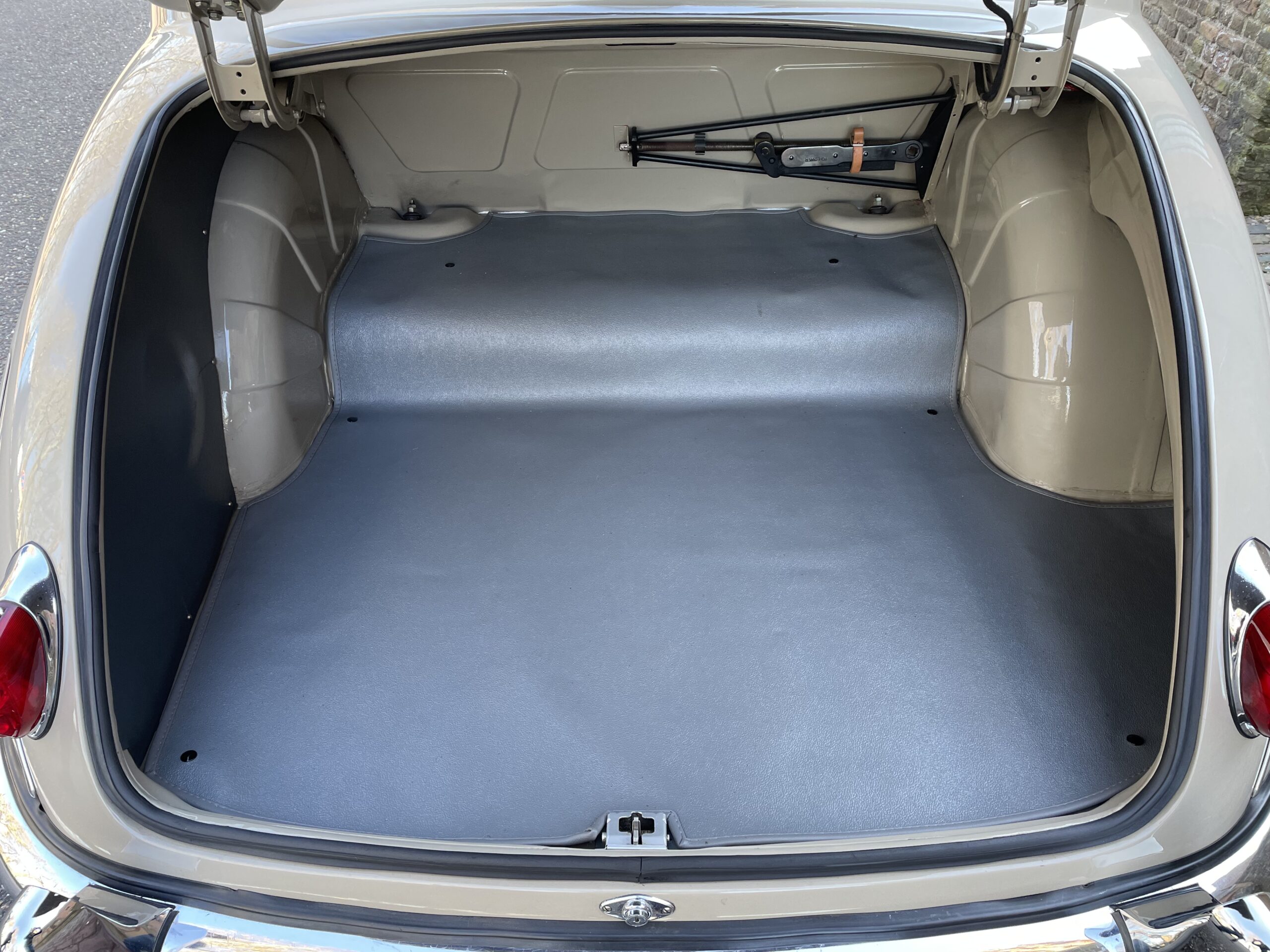 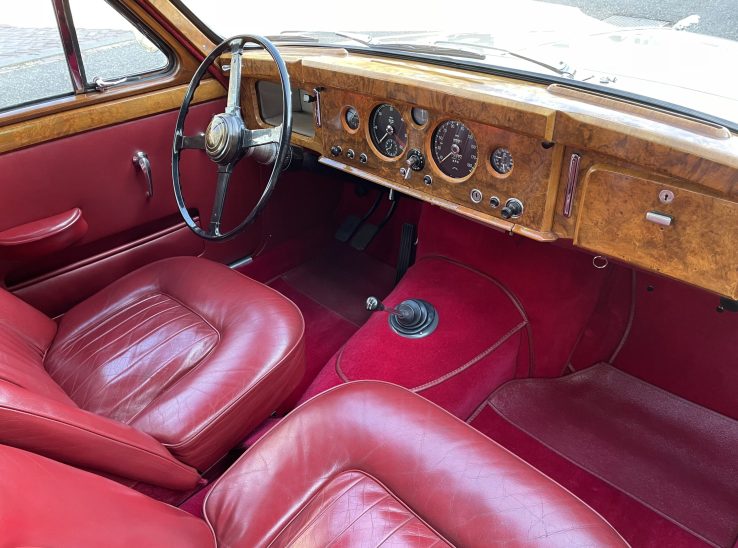 1957 Jaguar MK1 Saloon 3.4 litre manual with overdrive in the colour combination of Ascot Fawn with Red interior trim. Beautiful restored condition, one of the best quality MK1’s on the market.

On Dutch EU registration, comes with a Heritage Certificate.

This Jaguar MK1 was produced on the 9th of October 1957 in Cream with Red interior trim. Dispatched on the 28th of October 1957 to Jaguar Cars North America who sold it to its first owner. This car was factory fitted with Dunlop 4-wheel disc brakes and wire wheels. In 1991 this MK1 was registered in the Netherlands and bought in 2016 by its current owner.

During the past years this Jaguar MK1 was fully restored with a full bare metal respray in a beautiful period Jaguar colour Ascot Fawn. A completely rebuild engine was installed and all other mechanics were restored. The original seats and wood trim were in great condition and the rest of the interior trim was renewed. Early 2021 the restoration was completed and the car was taken on many summer drives and visits to classic car events.

Driving this car is as you would expect from a sporting saloon, acceleration from the torquey 3.4 litre engine is brisk as well as civilised. A strong healthy engine combined with a great road holding make this car cruise very well on the motorway. This MK1 must be one of the most desirable versions, 3.4 litre with factory fitted Dunlop 4-wheel disc brakes, wire wheels, twin Lucas spot/fog lamps, twin exhaust in a great colour combination and recently fully restored. It is the ultimate classic travelling companion for events like Goodwood.

Please contact us to make an appointment to view this car in our showroom in Leerdam, The Netherlands.

We are constantly looking for similar cars for outright purchase or to sell on a commission basis.