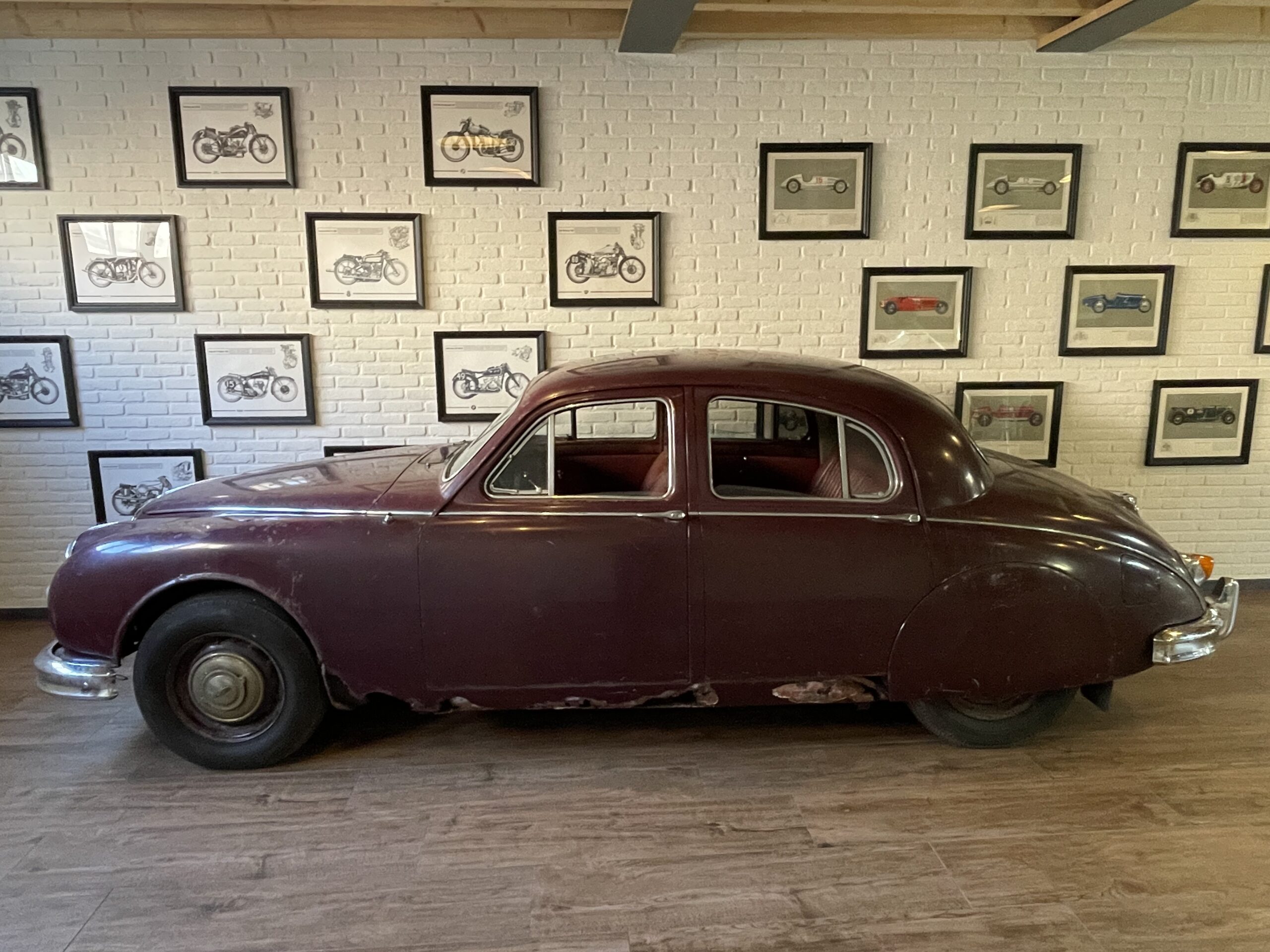 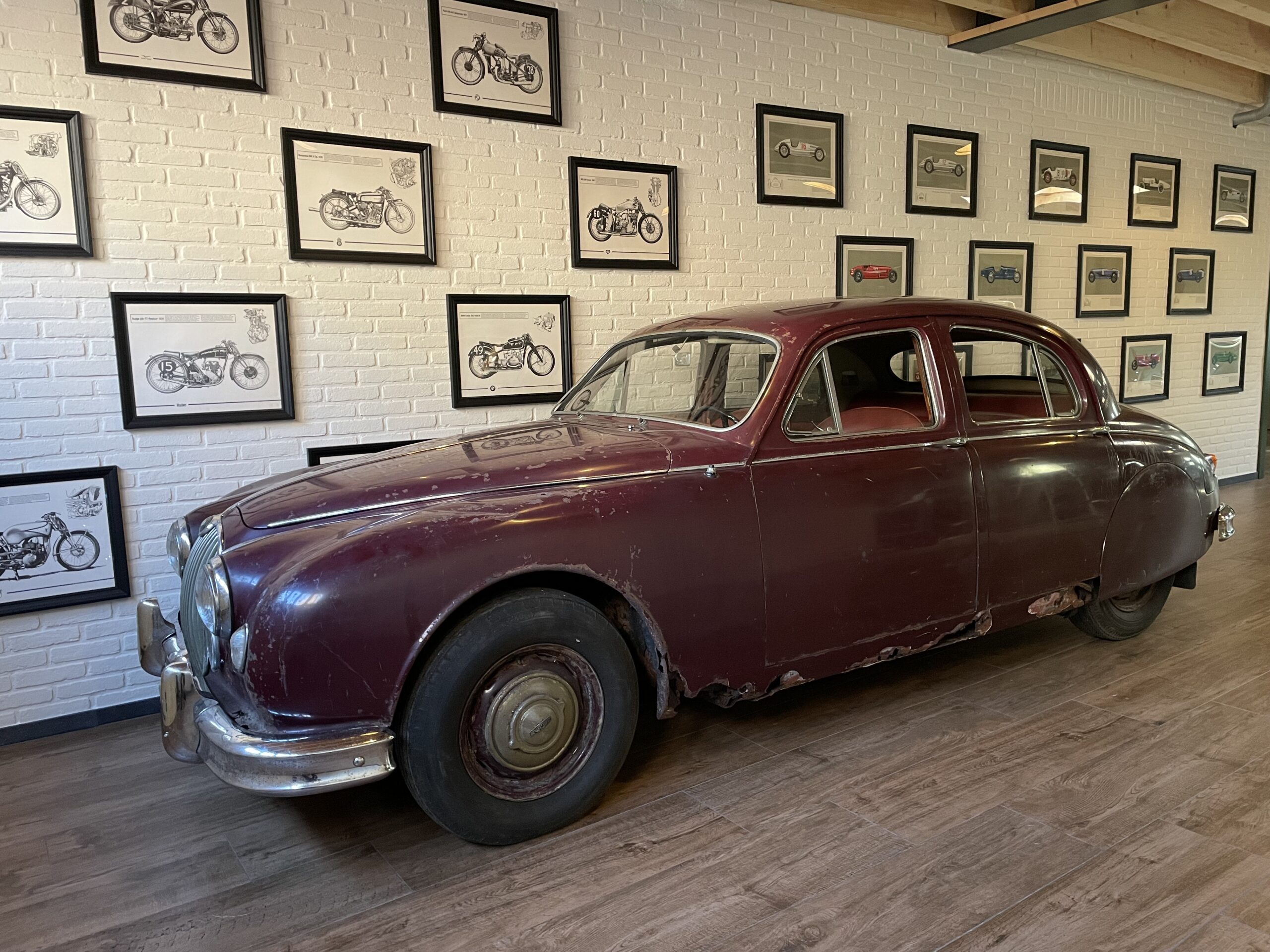 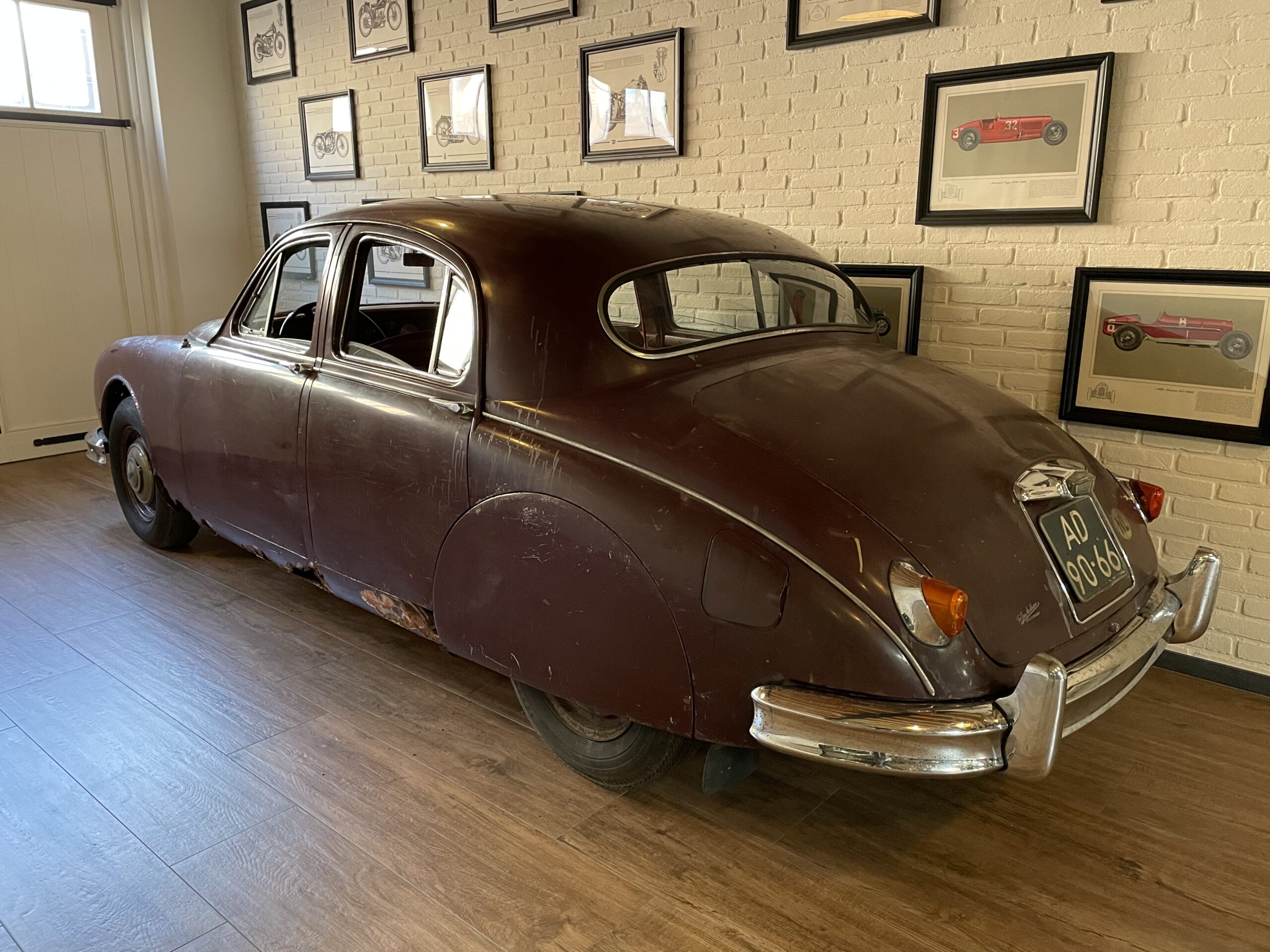 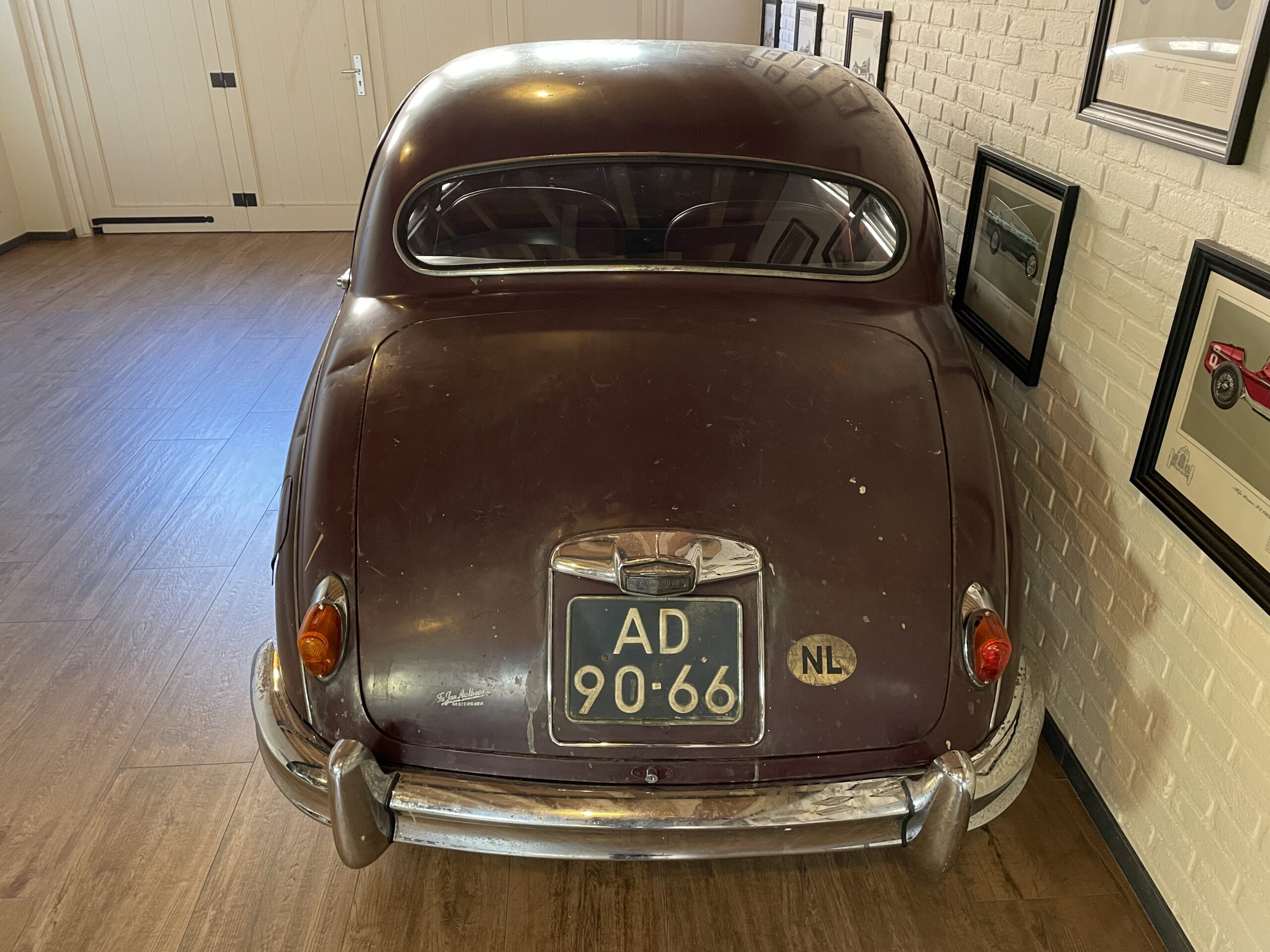 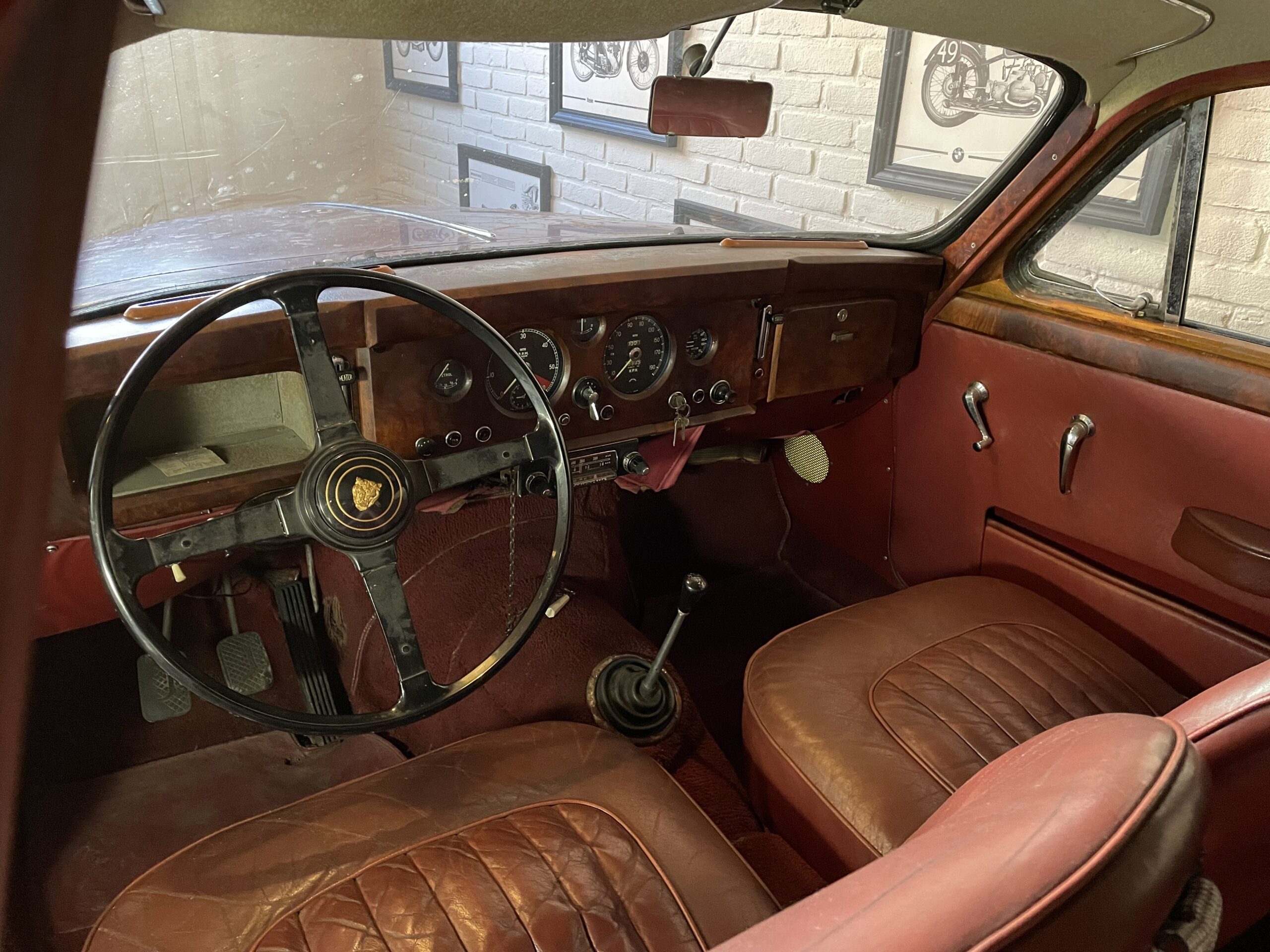 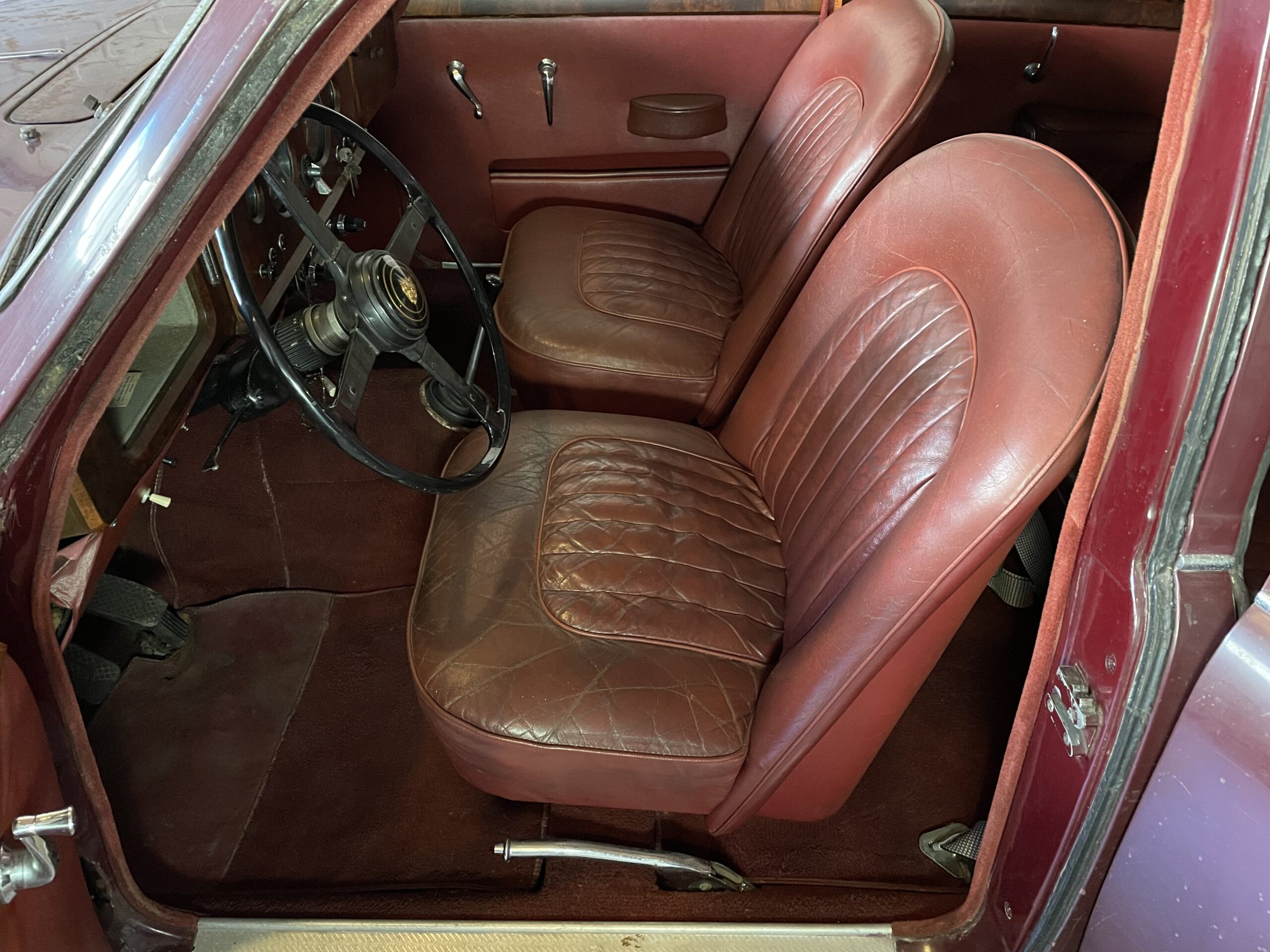 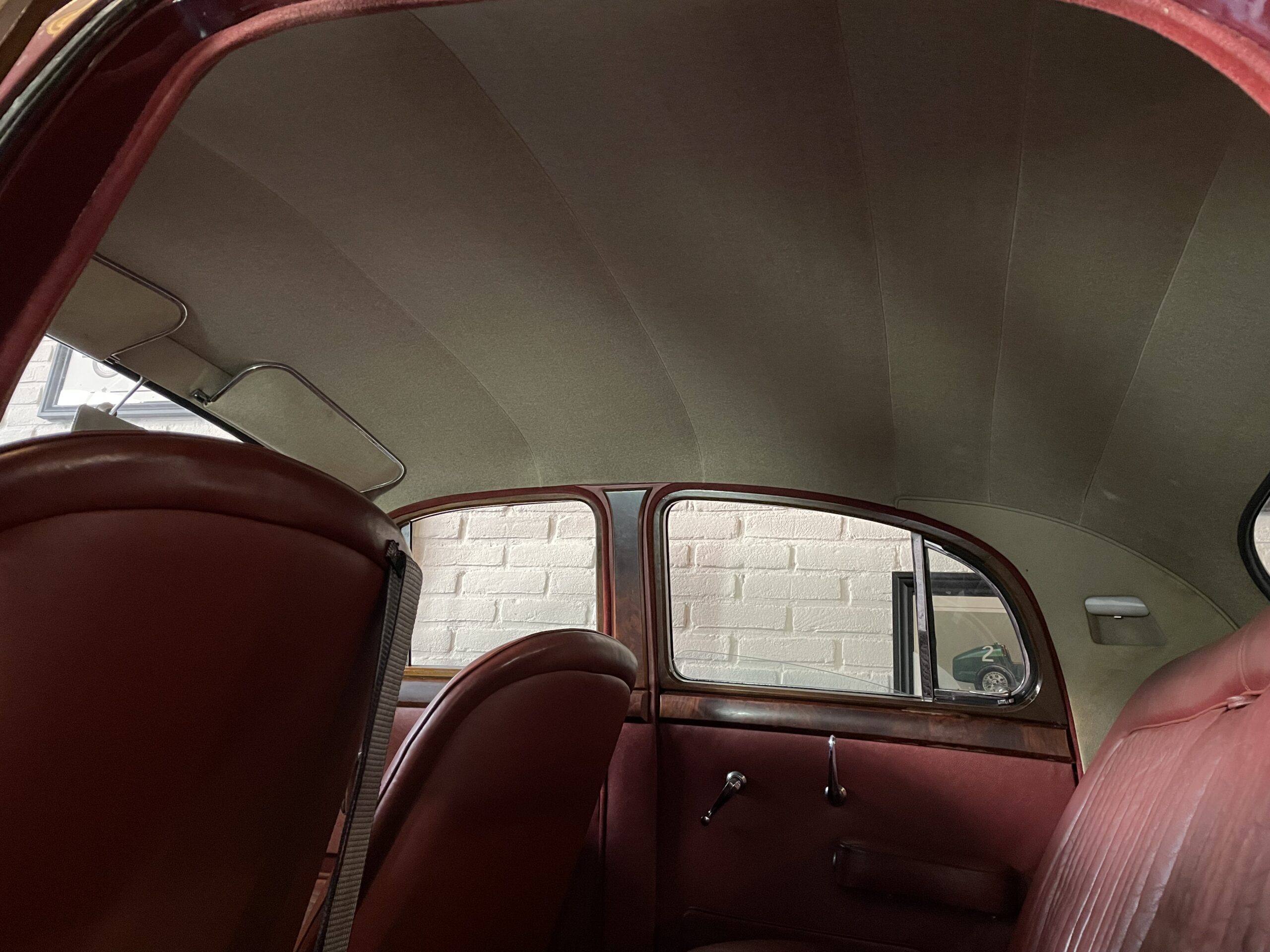 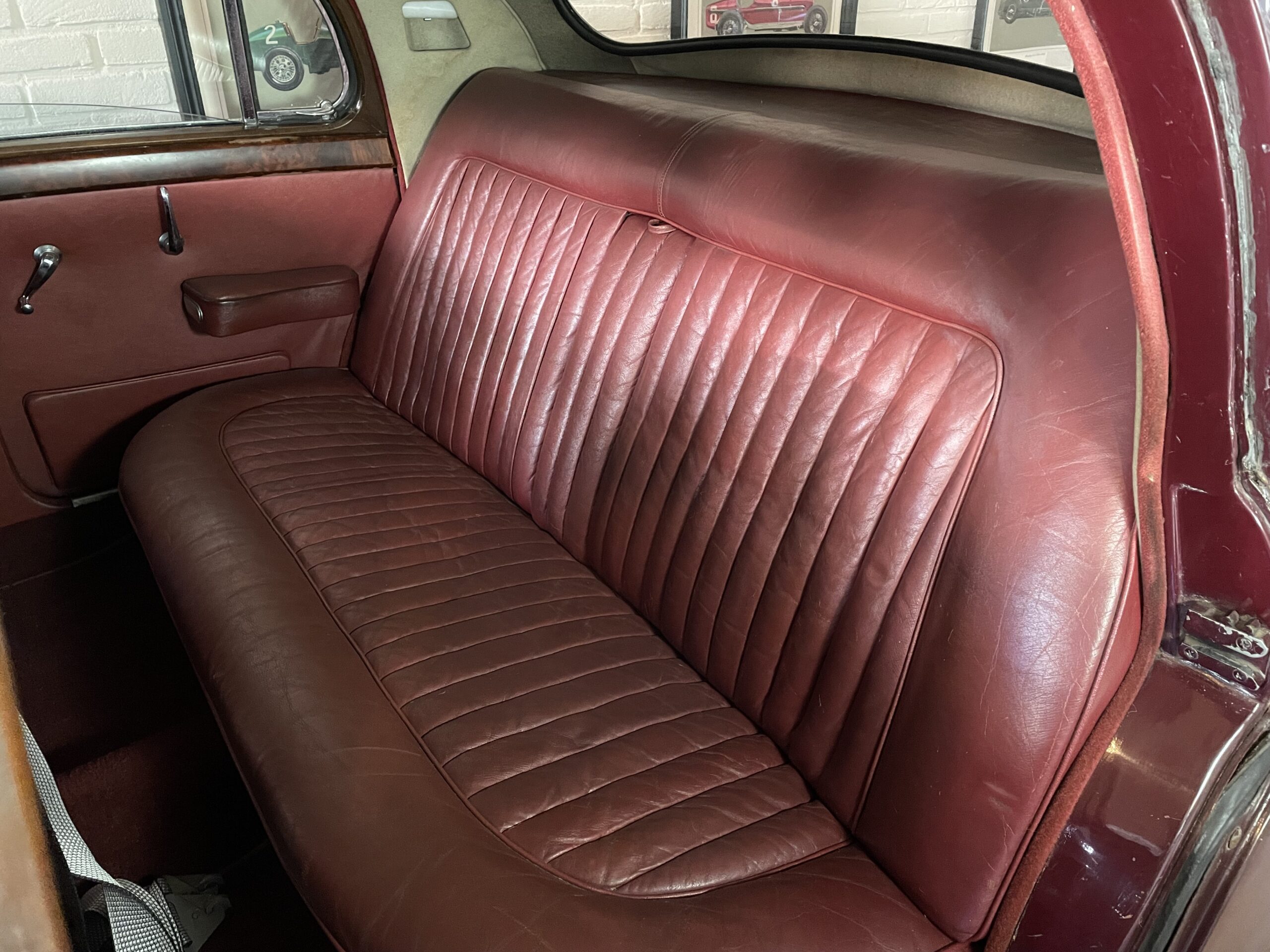 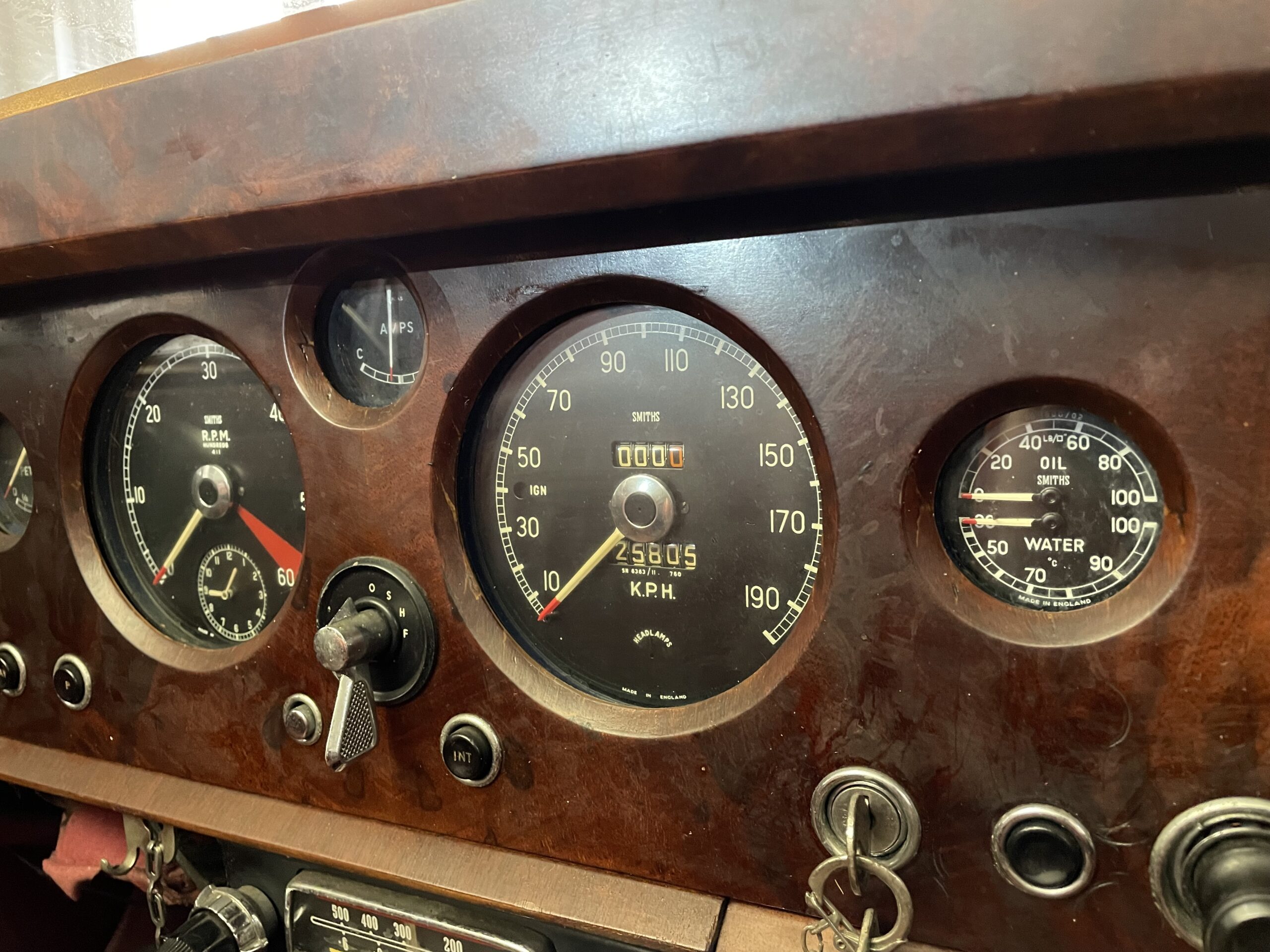 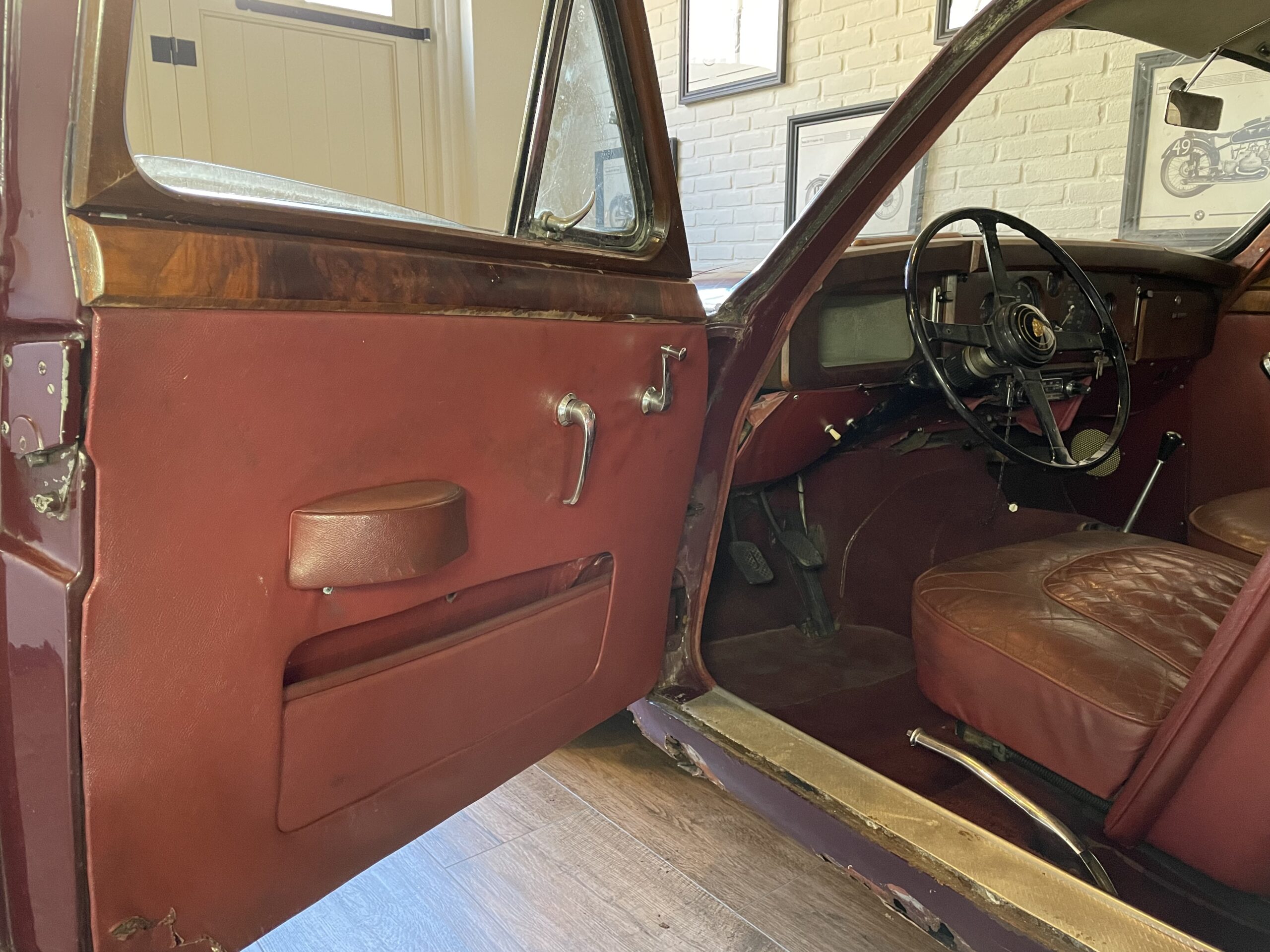 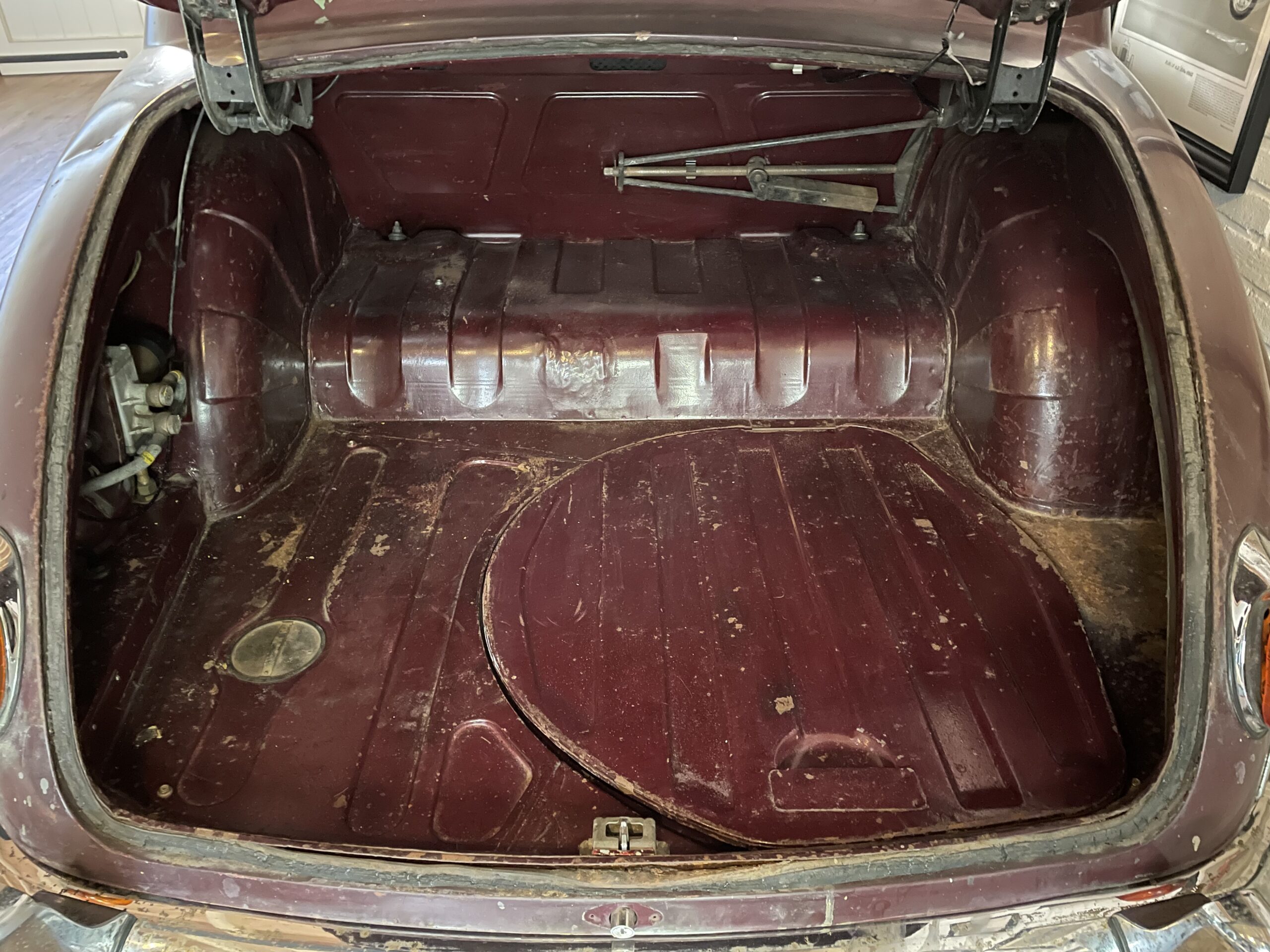 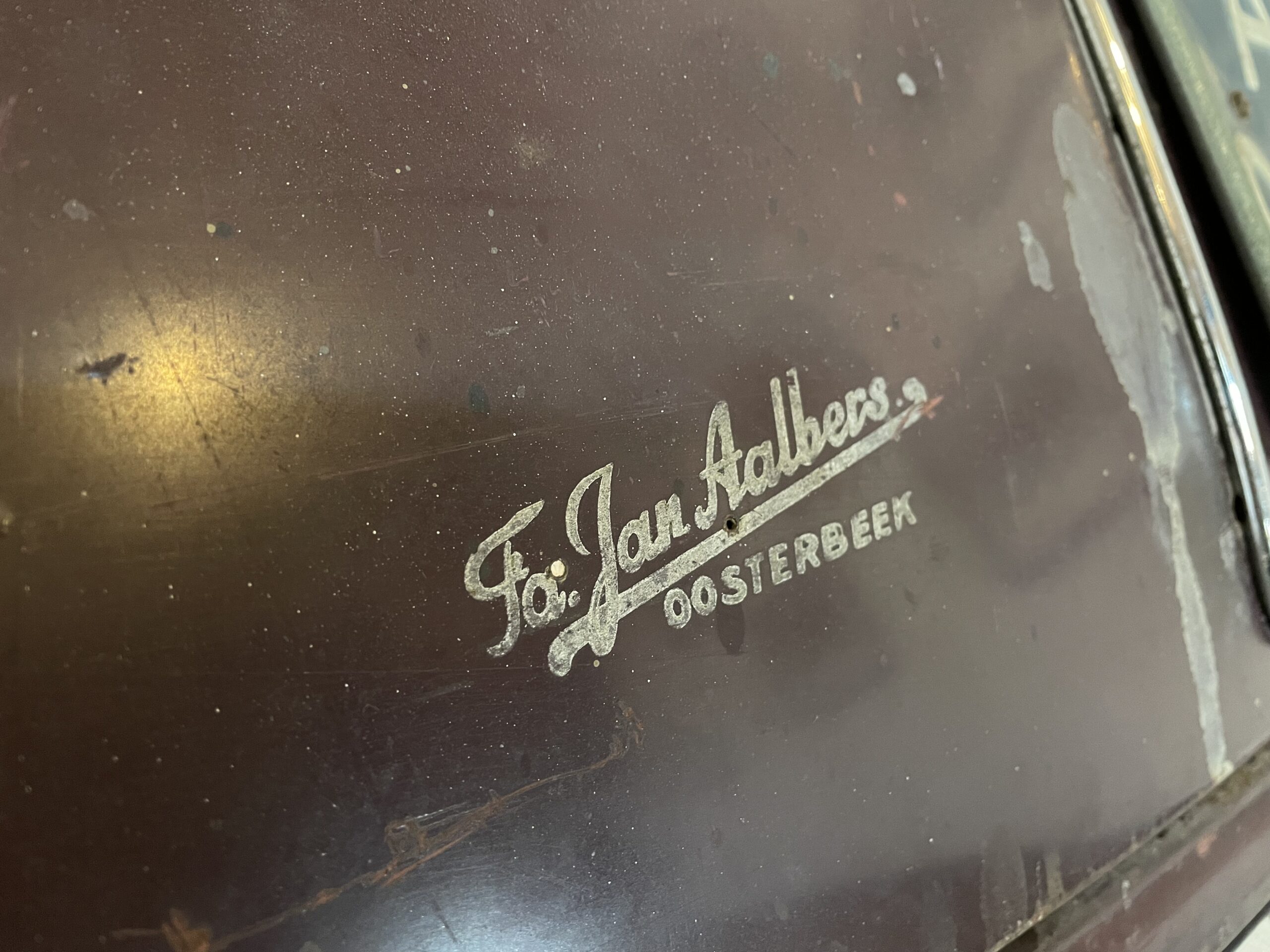 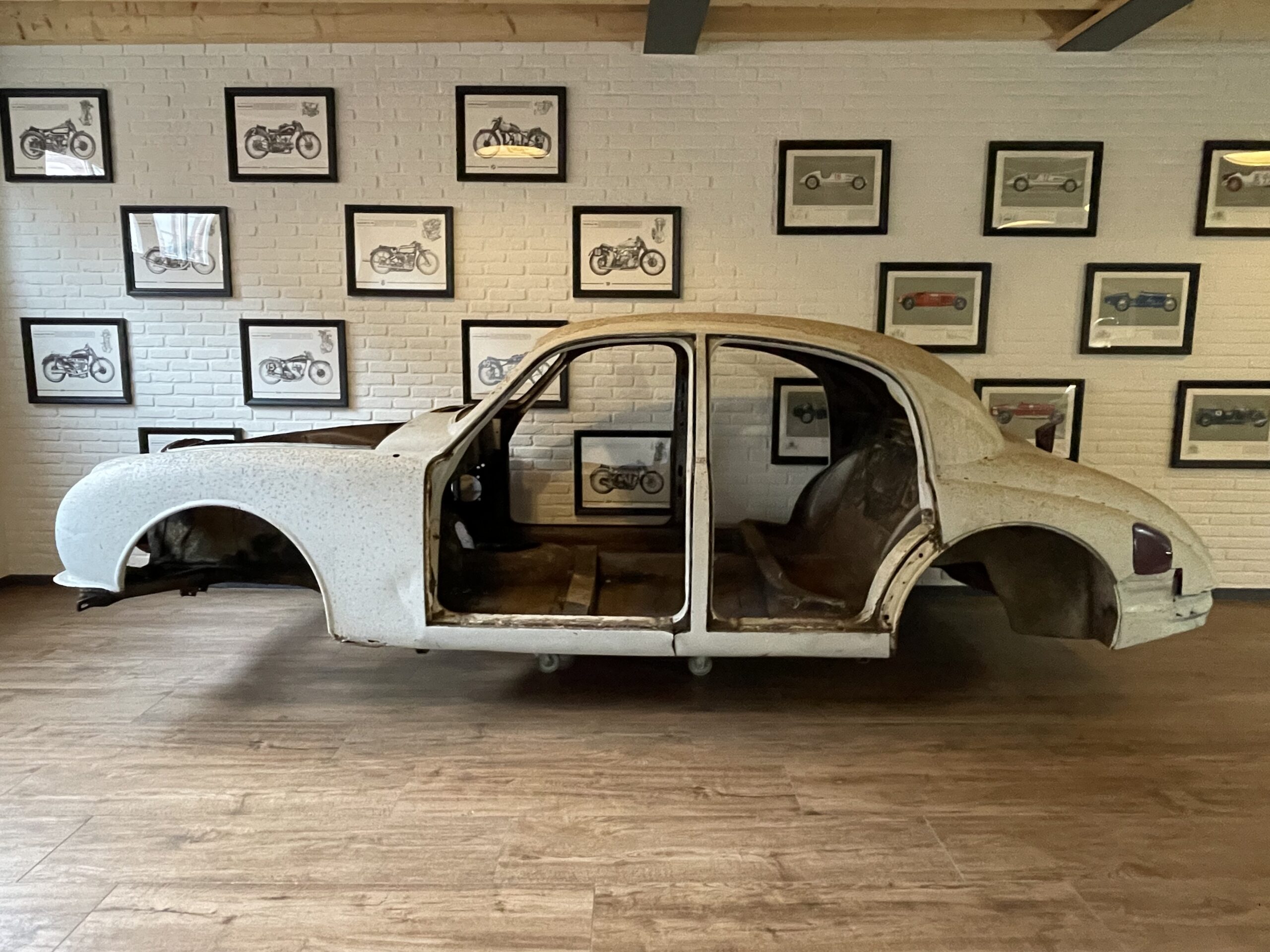 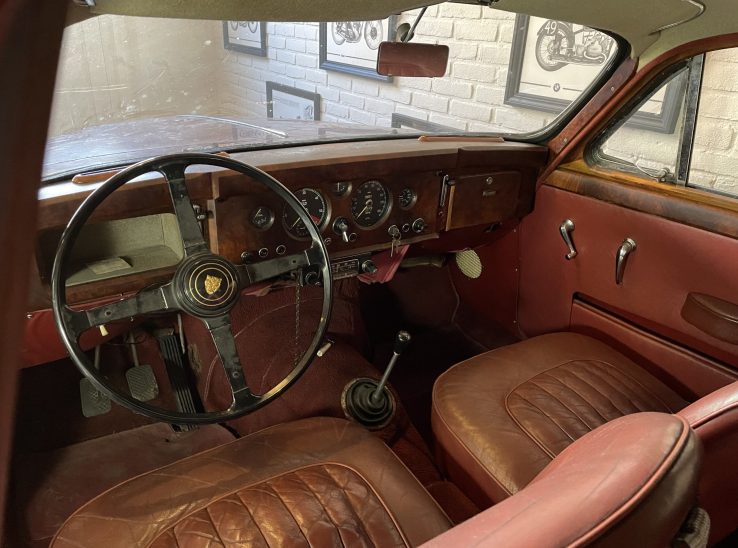 This Jaguar MK1 was produced on the 28th of November 1958 and dispatched on the 22nd of December 1958 to Lagerwij’s, The Hague, Holland who sold it to its first owner. This car was factory fitted with steel wheels and rear spats. After only 25.800 kilometres of driving, this car was stored in a barn where it stayed for more than 30 years.

Now in barn-find condition with the original interior trim, including headlining, in perfect original and unmarked condition. The car needs restoration work to the lower parts of the body. An extra body shell is included, see last picture, to make this easier.

Please contact us to make an appointment to view this car in our showroom in Leerdam, The Netherlands.

We are constantly looking for similar cars for outright purchase or to sell on a commission basis.