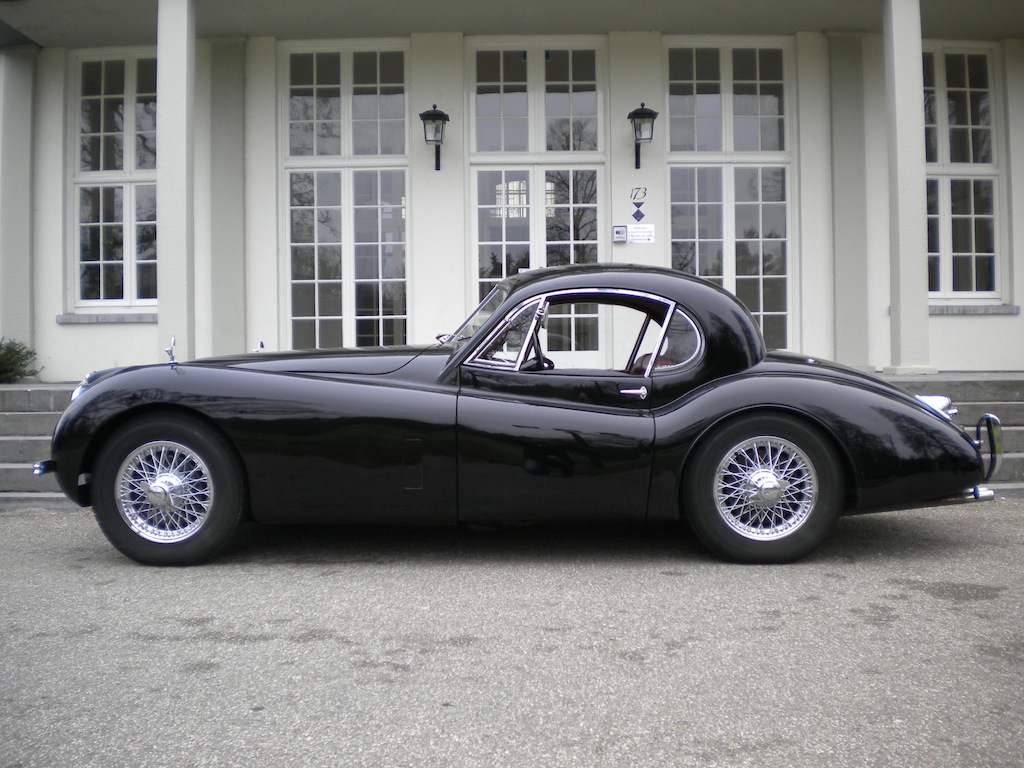 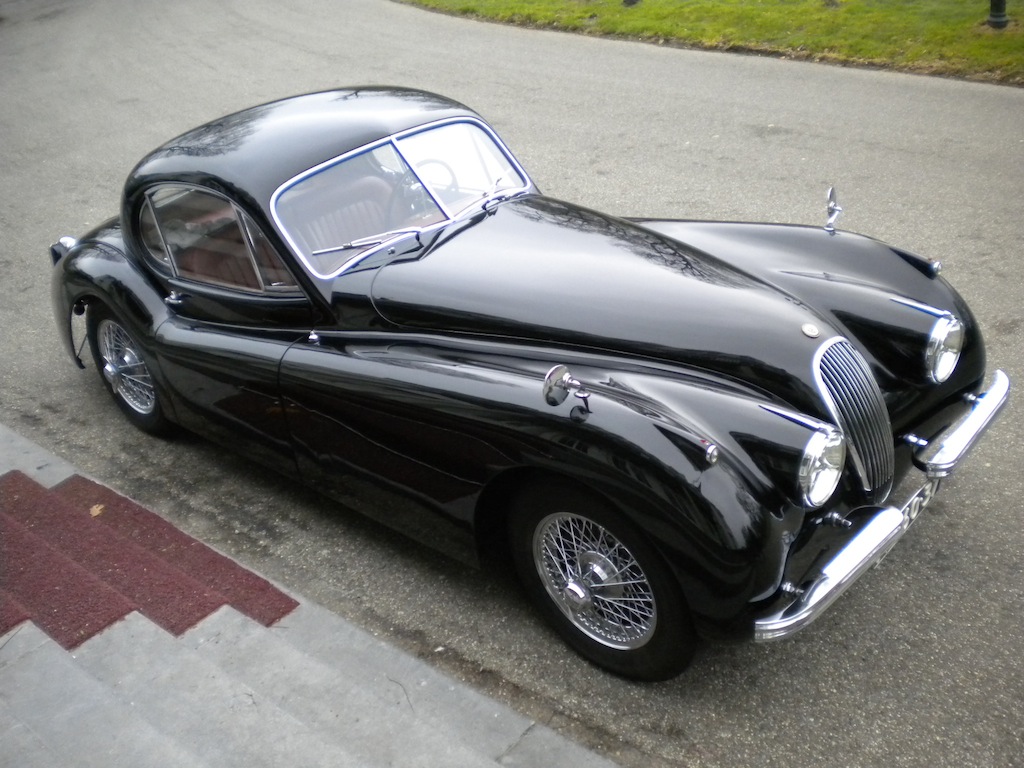 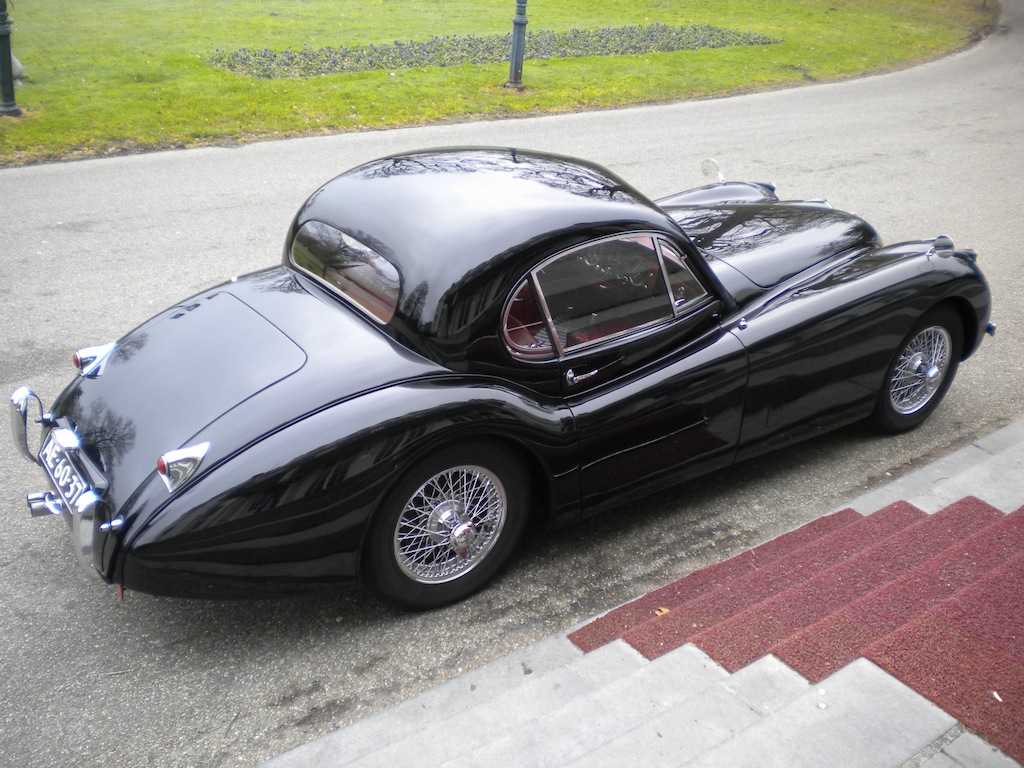 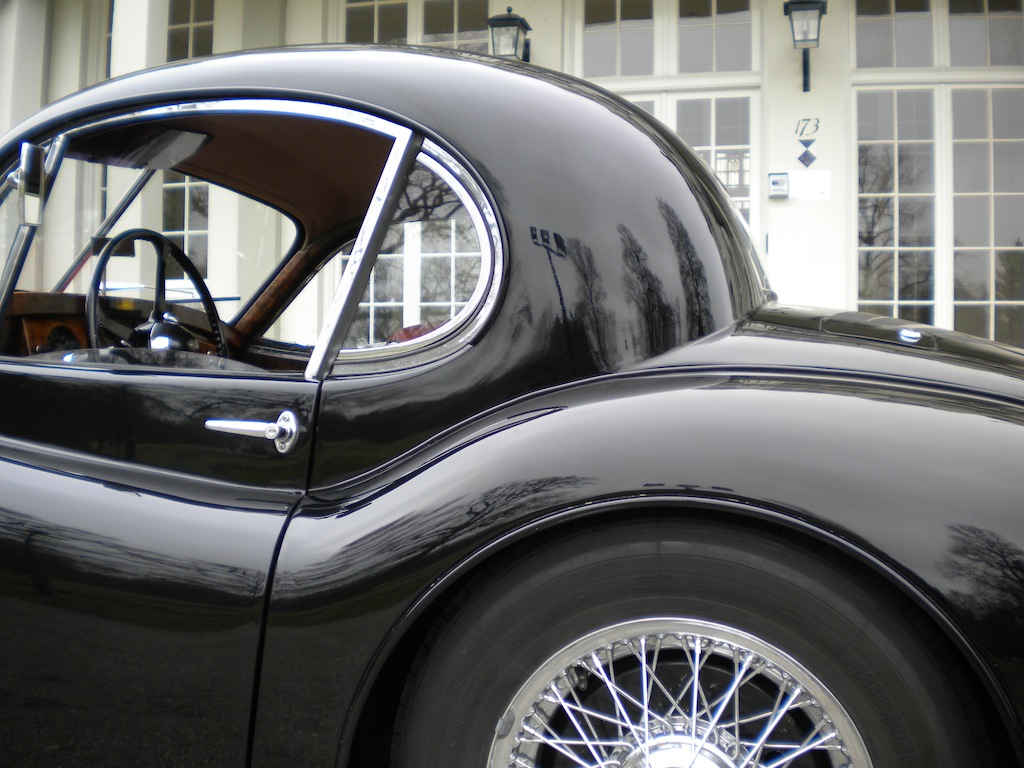 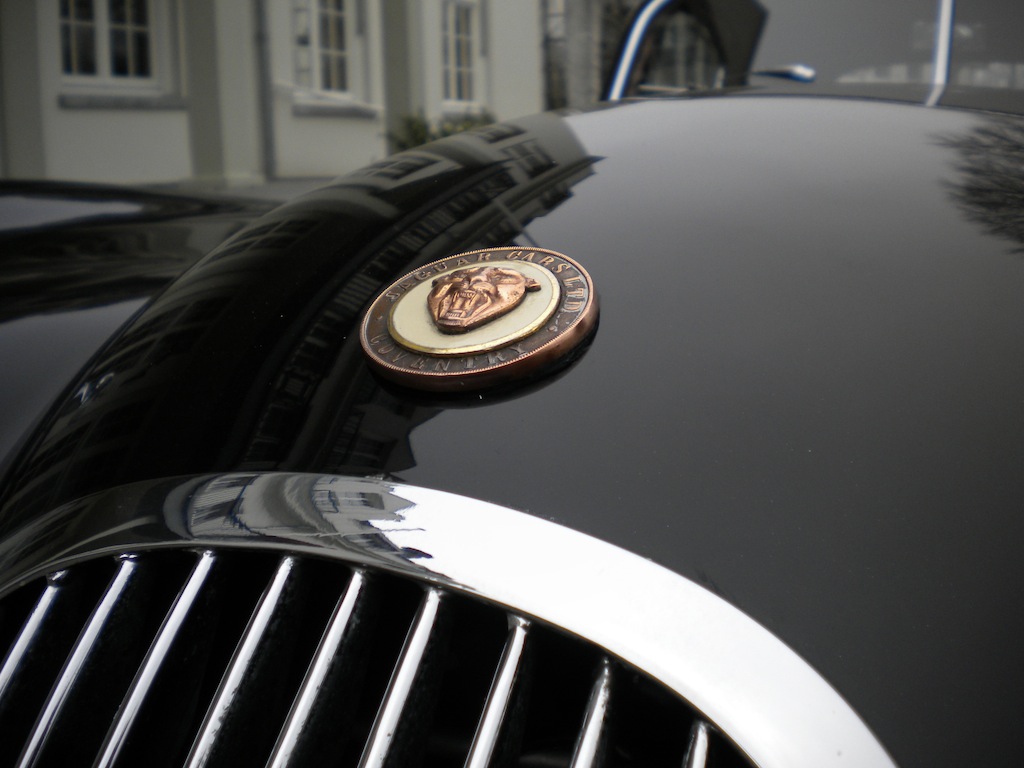 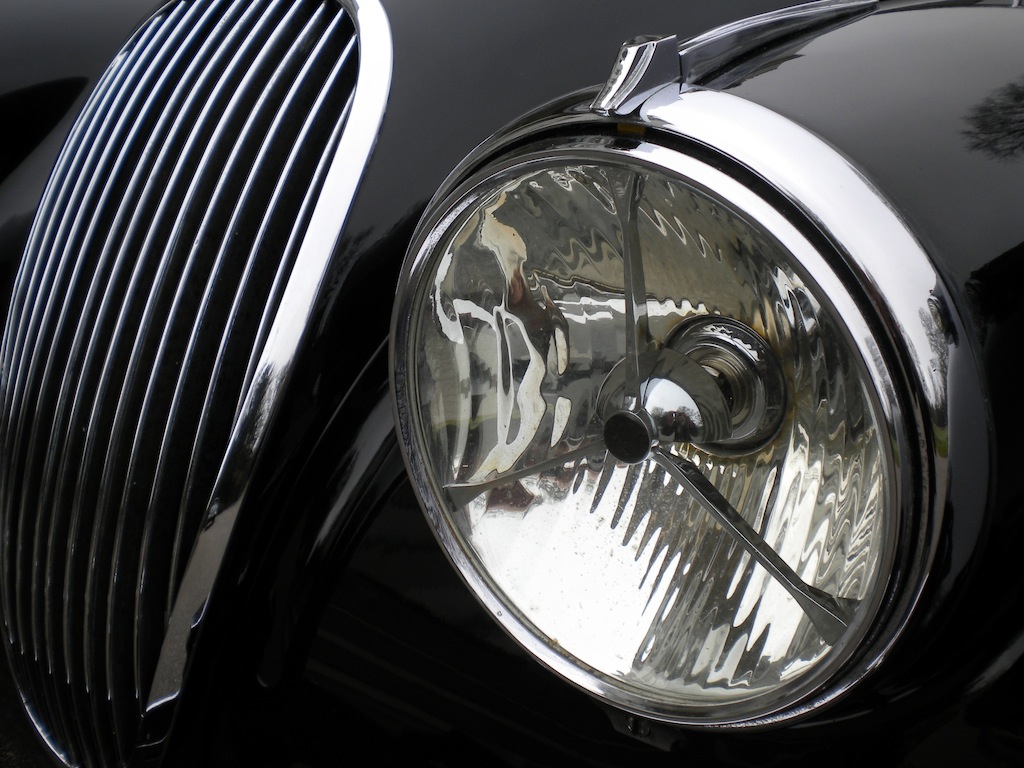 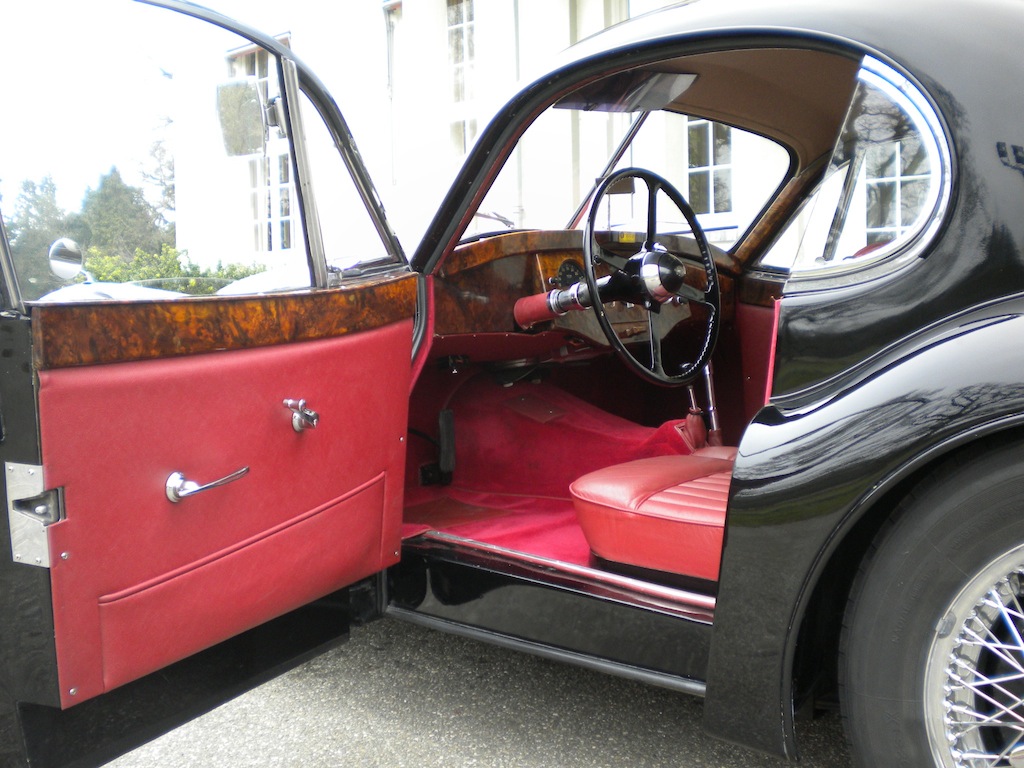 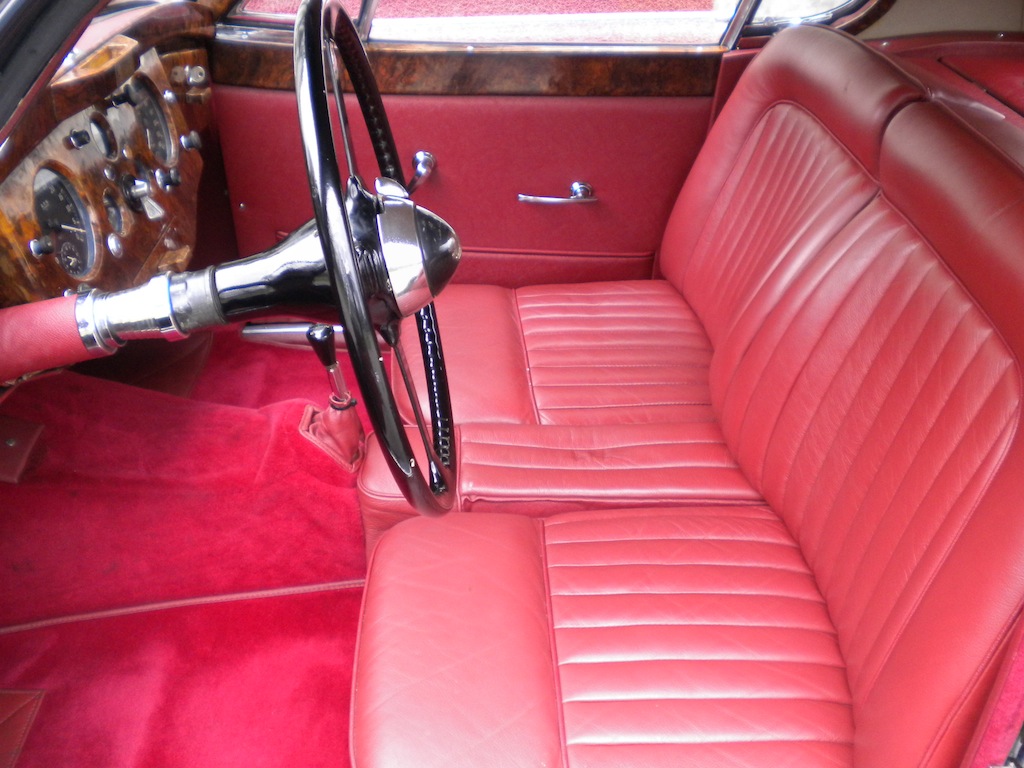 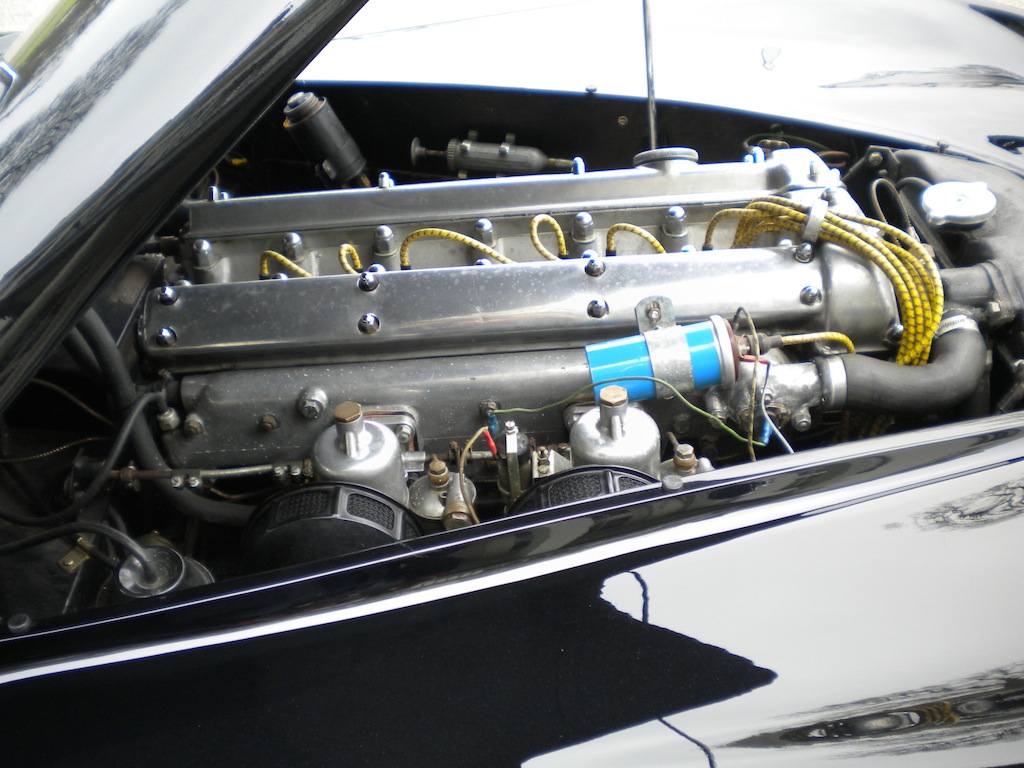 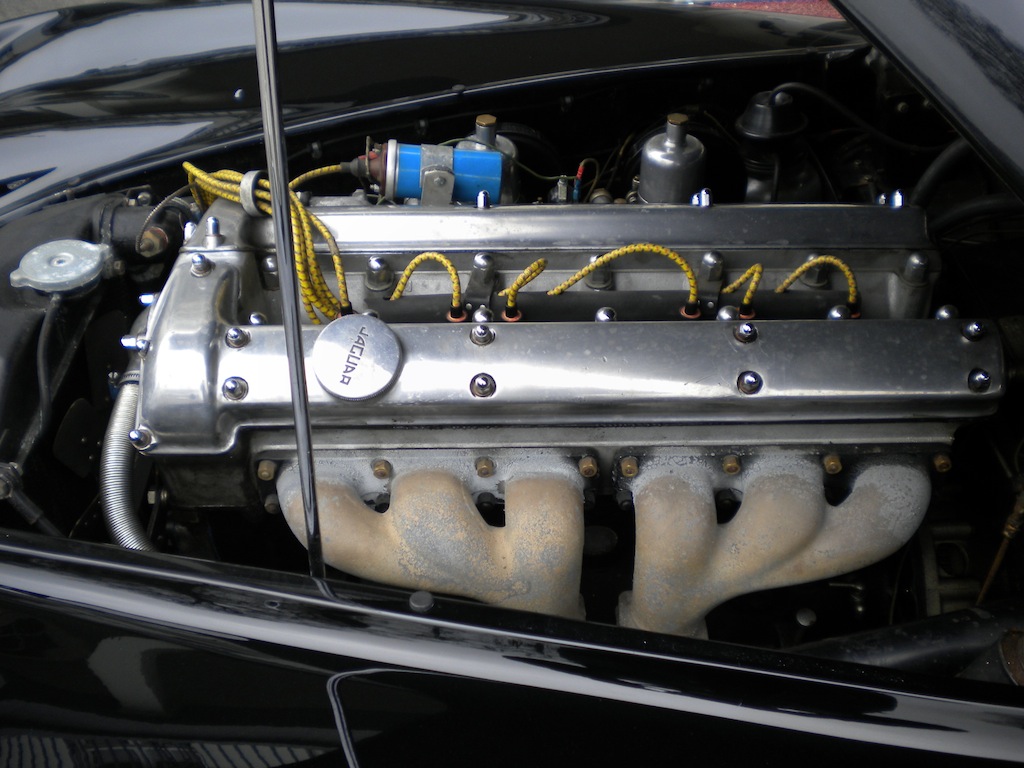 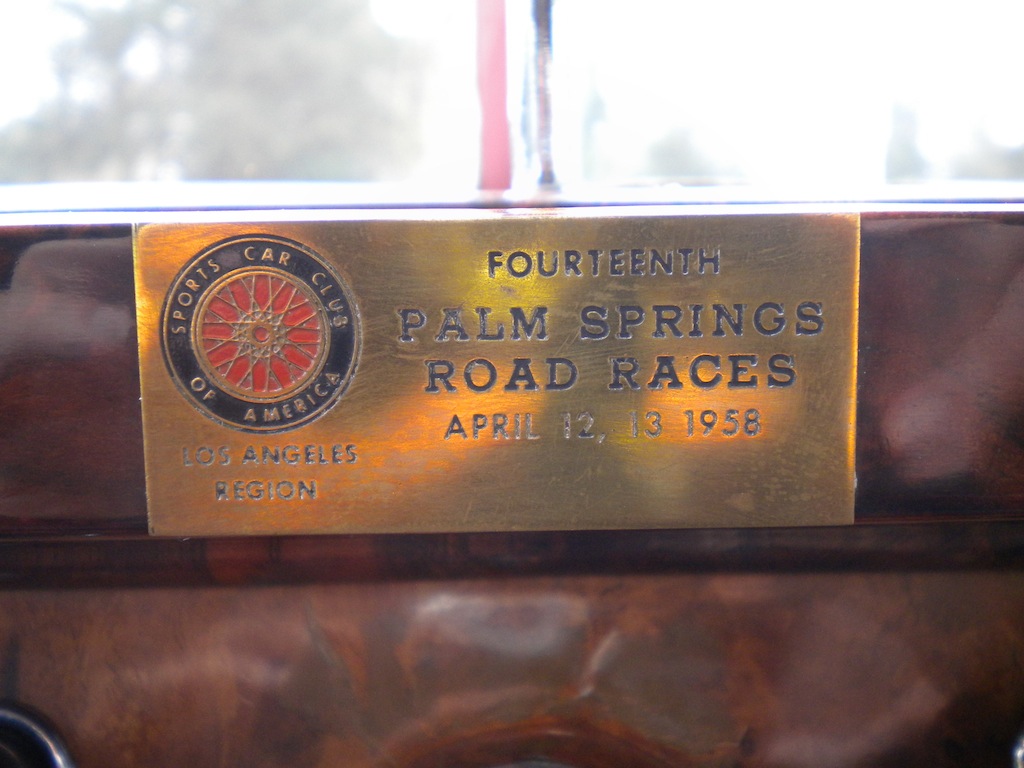 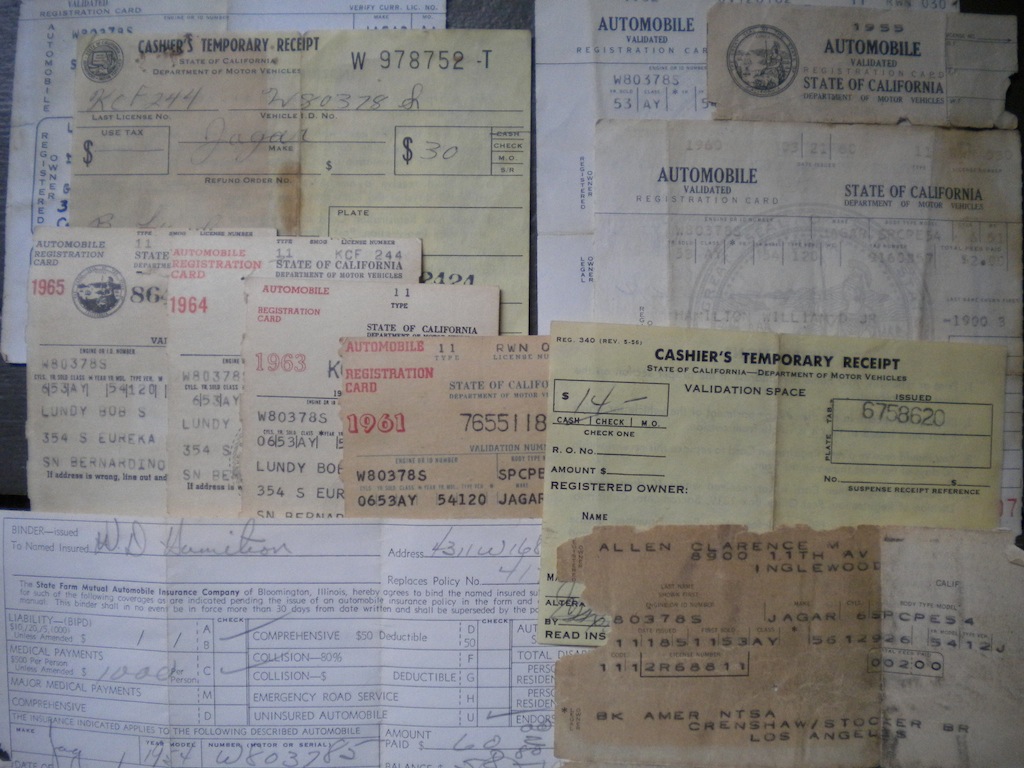 This car has spent most of its life in southern California, it was manufactured on the 15th of april 1953 and dispatched the 28th of april as a personal export delivery. The original colour combination was black with red interior trim, just like it still is now. It was invoiced through Hornburg, Los Angeles, California, to its first owner Mr. R A Rogers. Because it was a personal export delivery it received the registration NDU292 which was issued in Coventry. The documentation contains old registration cards from 1965-1985 showing owners living in places like San Bernardino, Inglewood and Santa Barbara. The Californian Black Plate (KCF 244) is still with the car. On the dashboard a remeberance plate for the 1958 Palm Springs Road Races is fitted.

In the nineties the car was imported from the USA and sold in The Netherlands to a retired contractor. It took him 7 years to completely restore the car. No expenses were spared and the result was stunning. Since restoration the car has driven some 12.000 miles.

The restoration has been documented in a photo album. The paint is still in very nice condition, the panels are straight and the panel gaps are very good. The interior was re-upholstered in red leather and still looks like new. The wood has been re-veneered in burlwood. The car still has its original twin 6 Volt barttery setup complemented with a battery master switch. Furthermore the car is equipped with 16 inch chrome wire wheels (factory option) and Michelin tires.

The matching numbers SE engine has been completely overhauled during restoration like all other mechanical components. Some upgrades like electronic ignition, Kenlow fan and an aluminium fuel tank have been fitted. A Sony radio is fitted behind the wooden panel under the dashboard.

This car is an in depth restored example of the rare FHC version of the Jaguar XK120. It has been frequently used since restoration and proved to be perfectly reliable.

Comes with Heritage Certificate, its original jack and grease gun, a photographic report of the restoration and is on Dutch EU registration. Ready for some enjoyable driving experience.