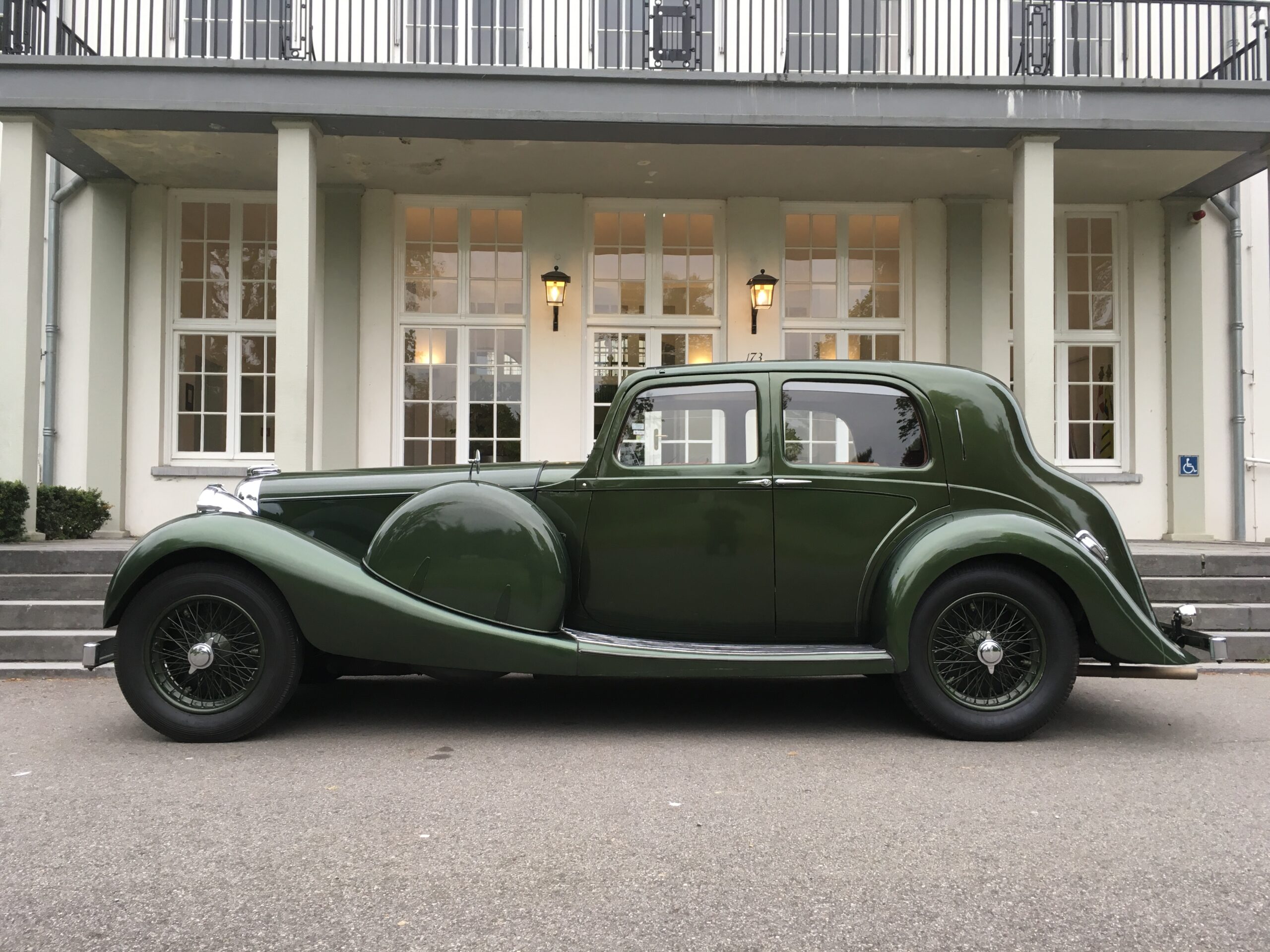 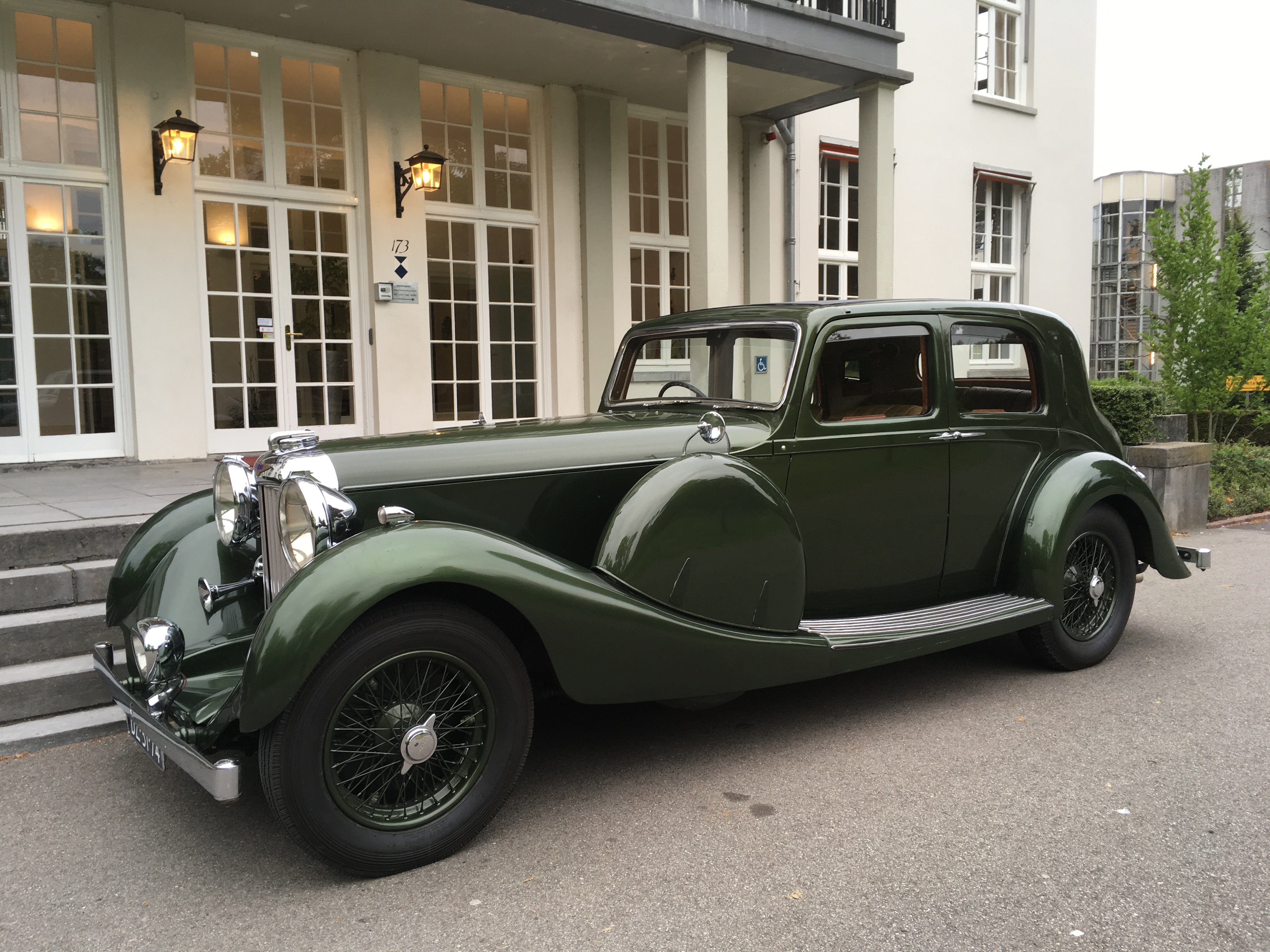 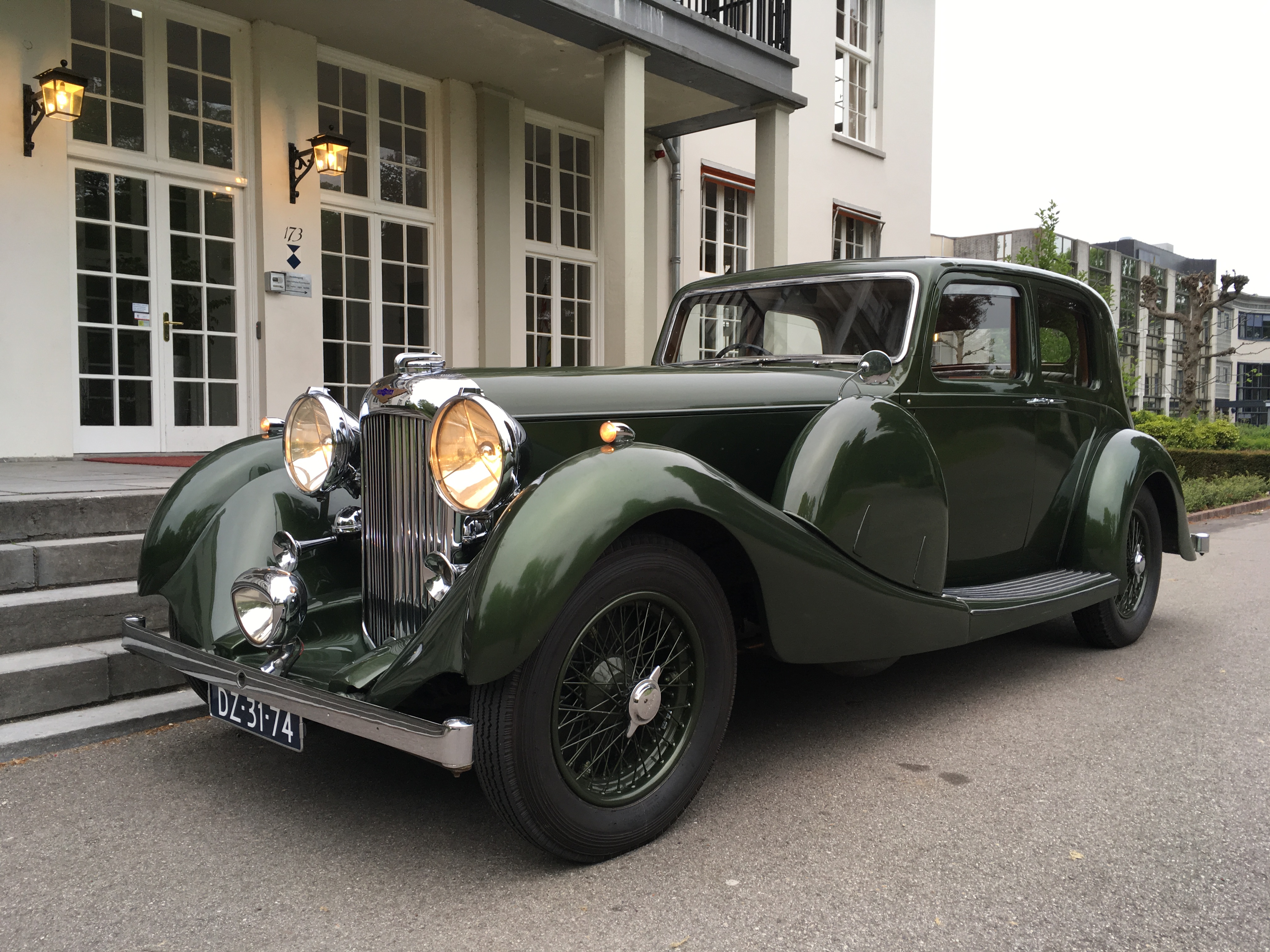 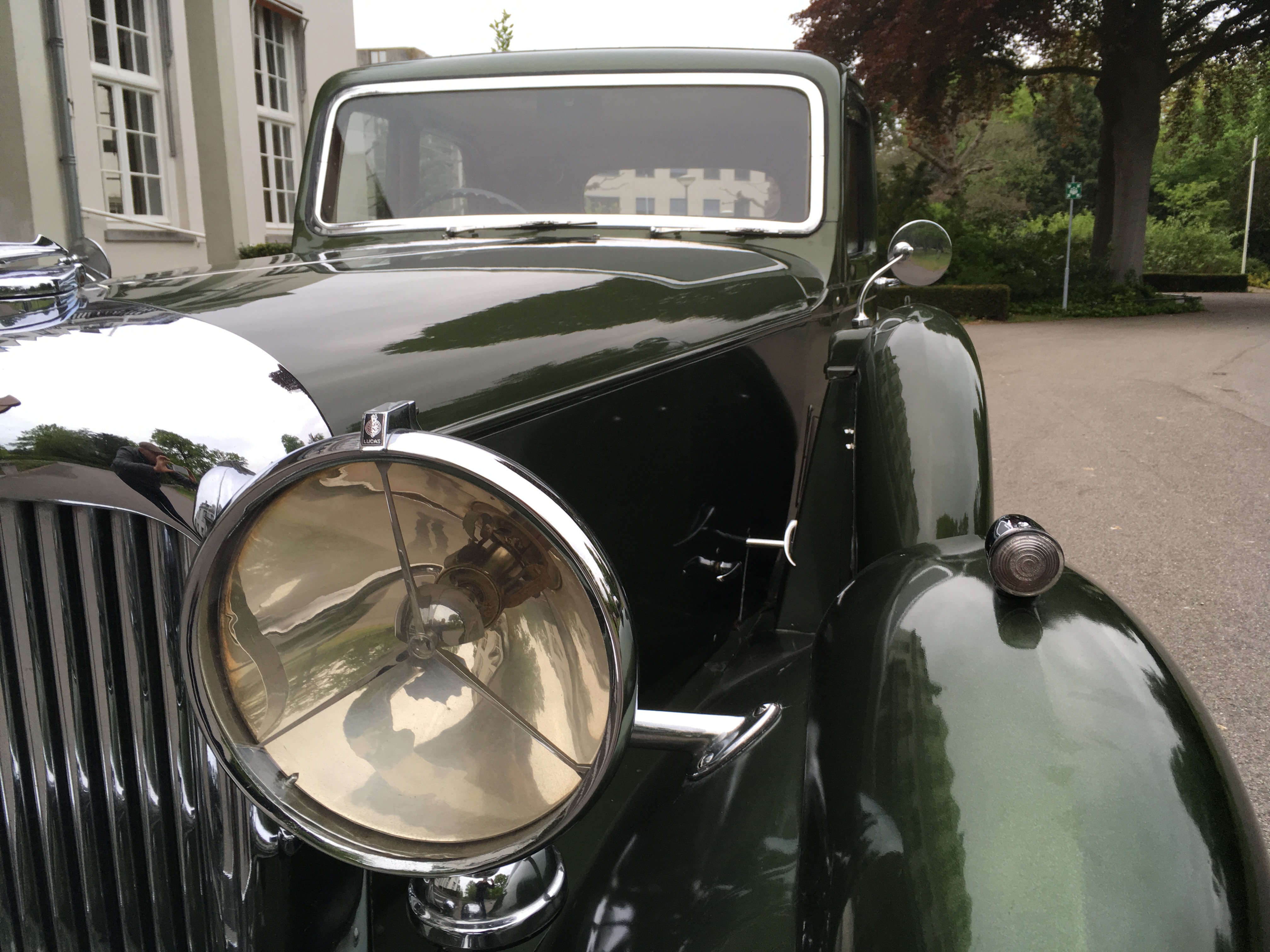 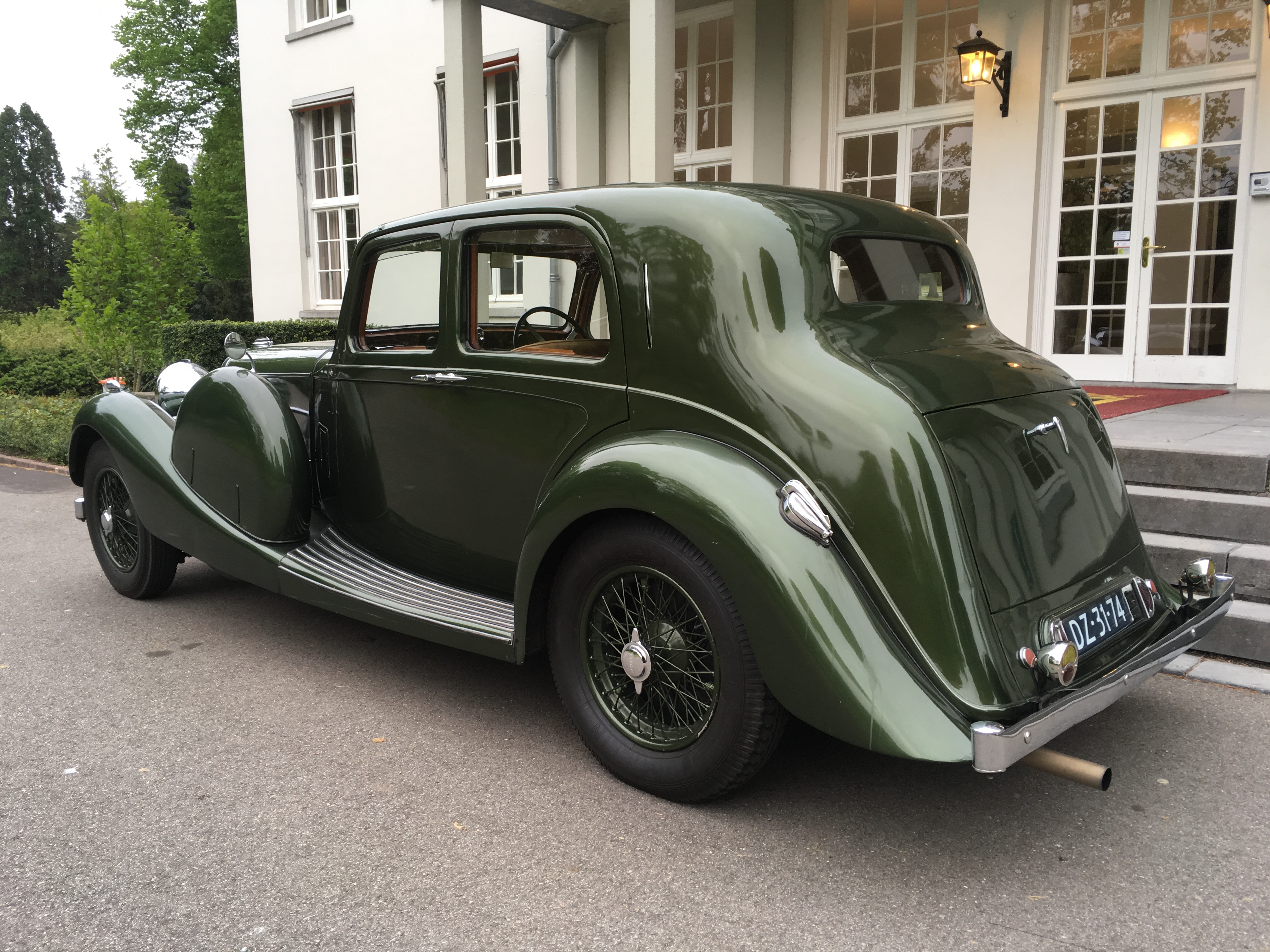 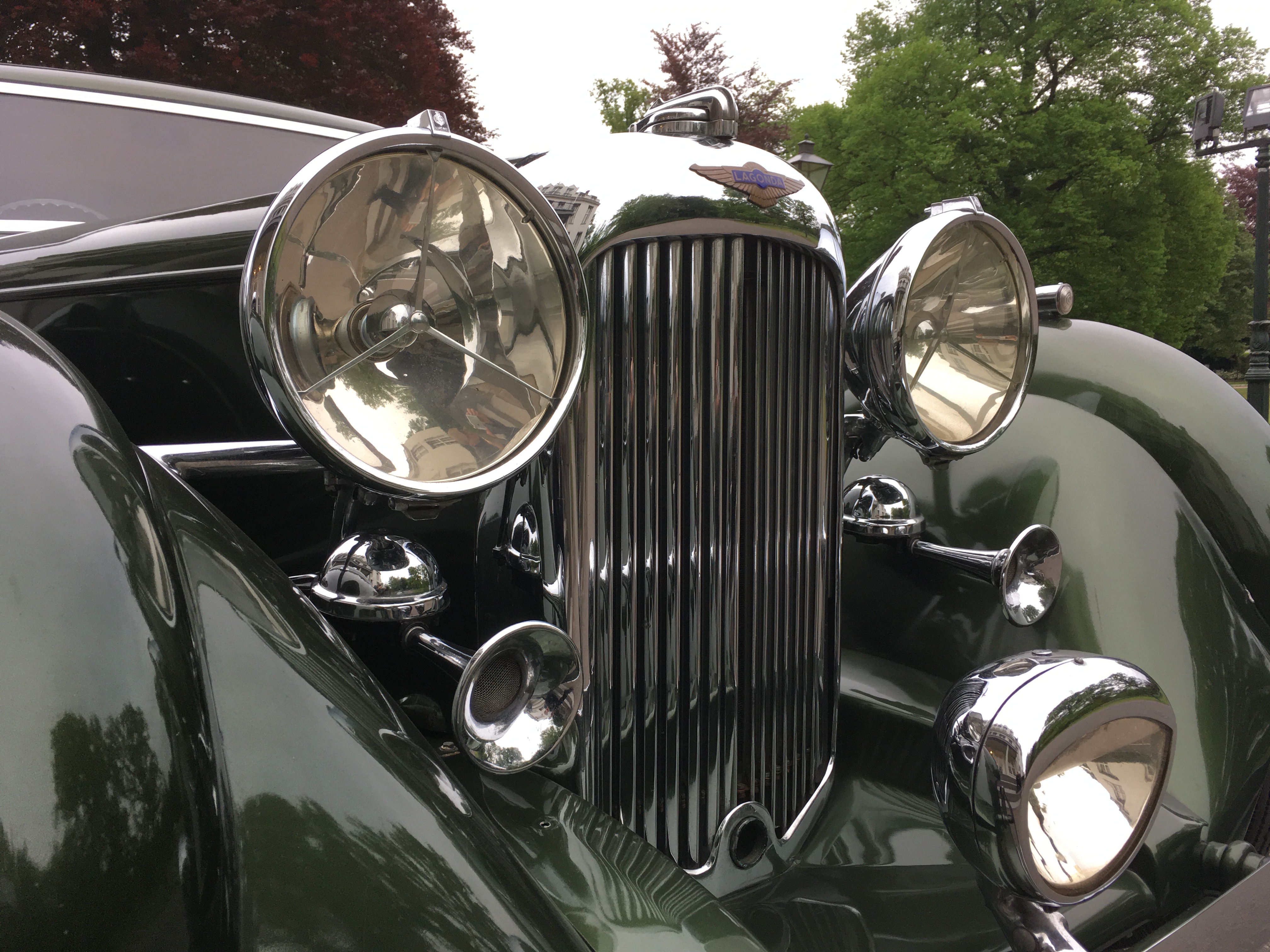 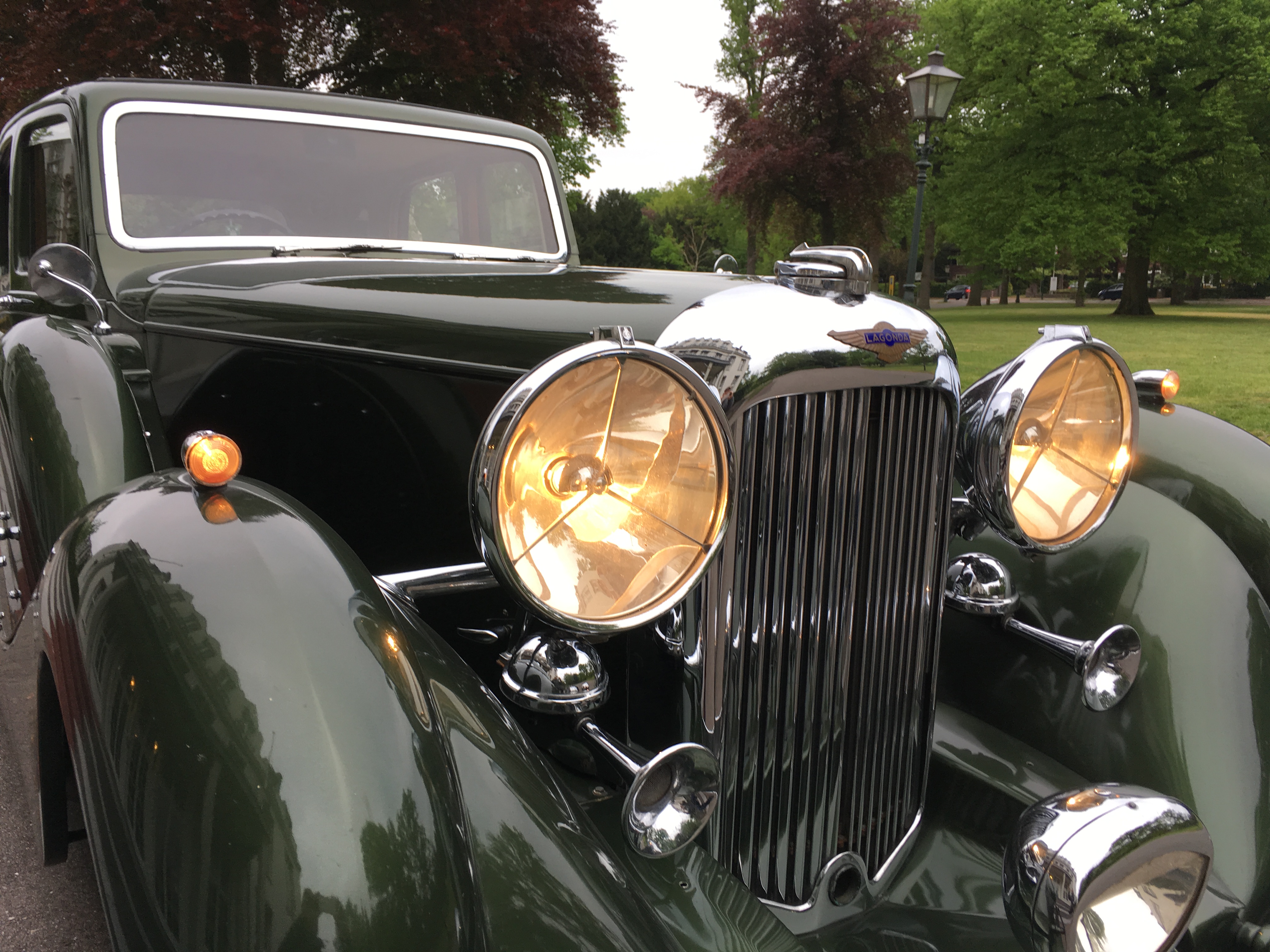 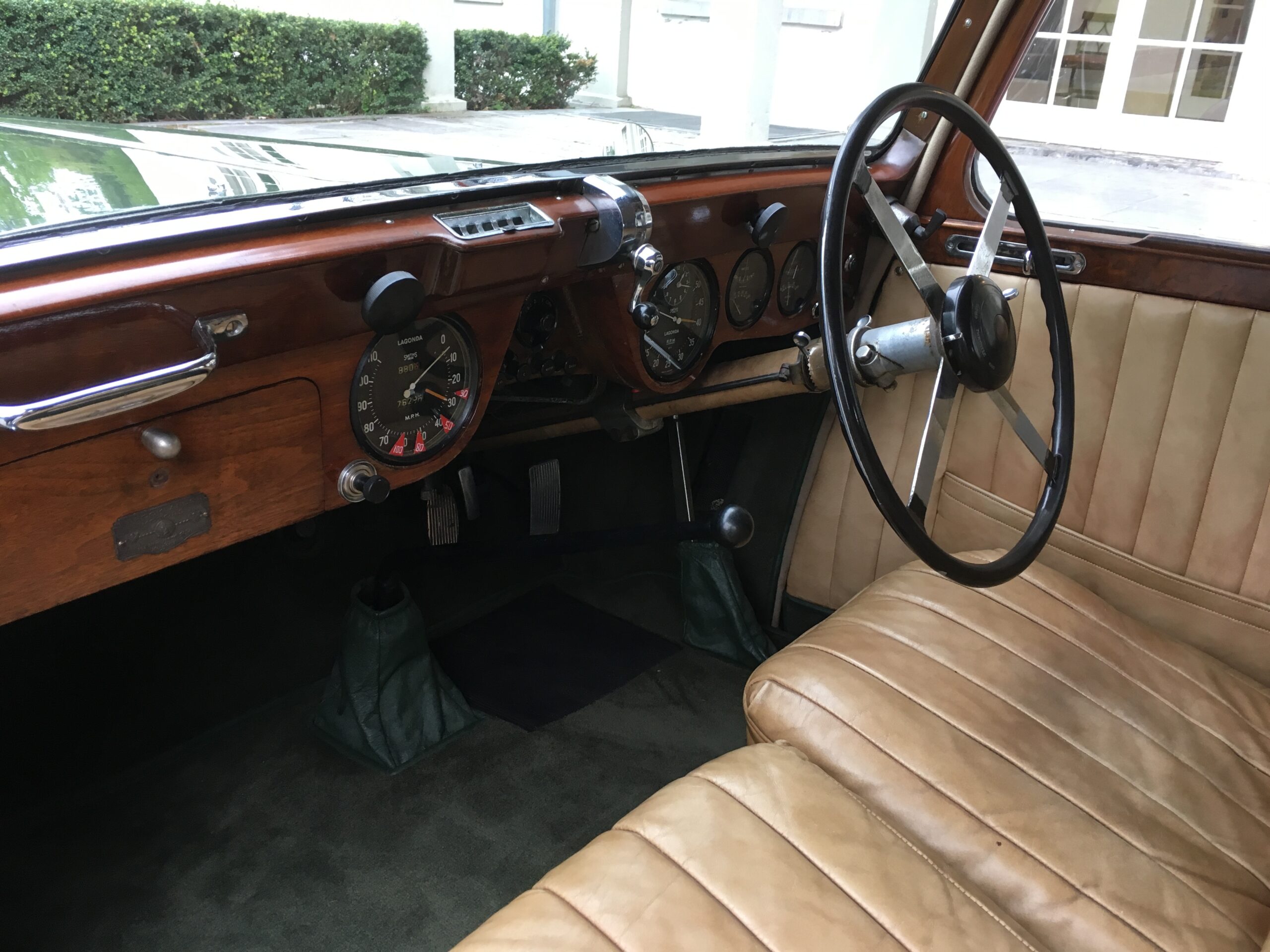 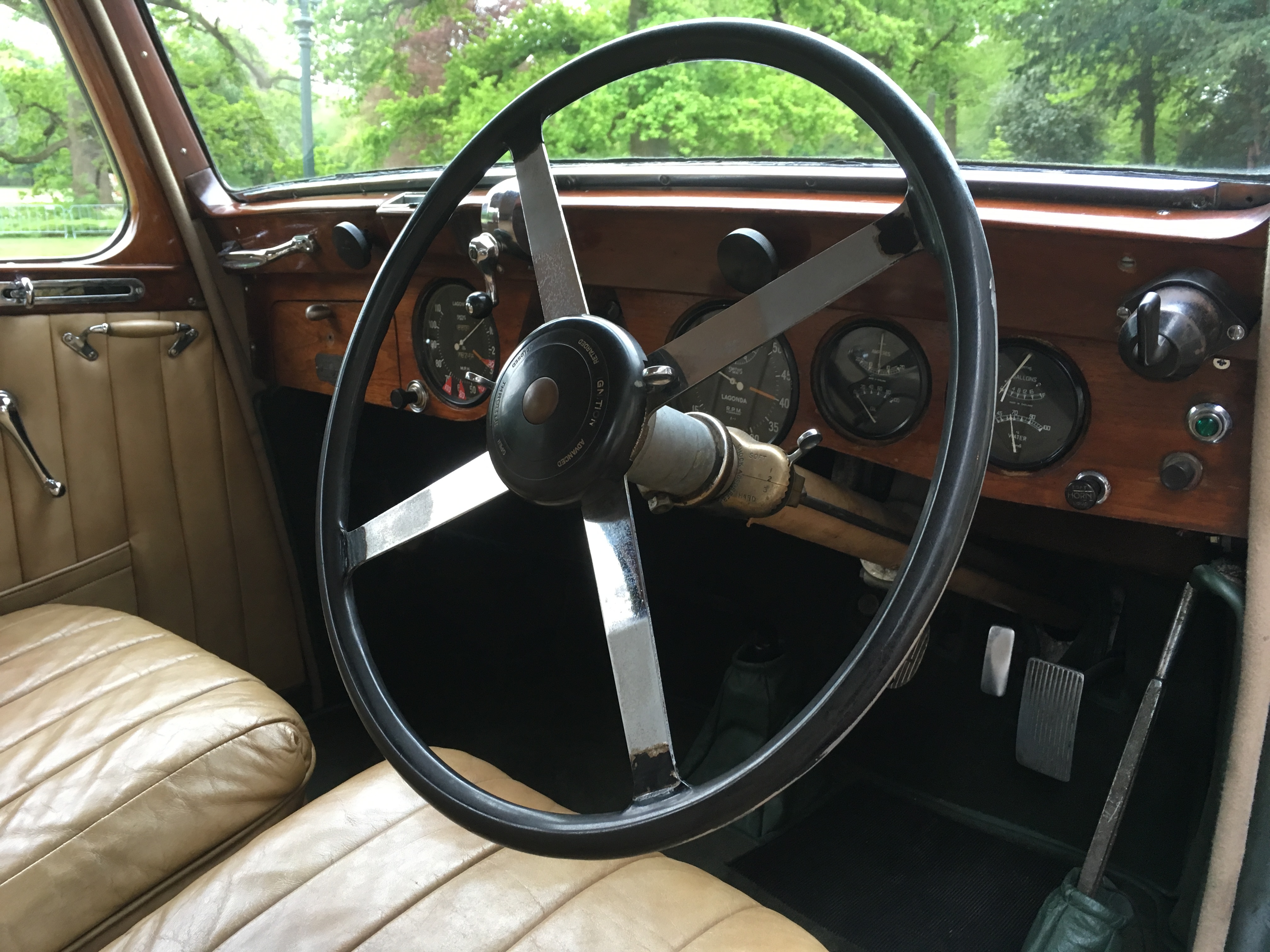 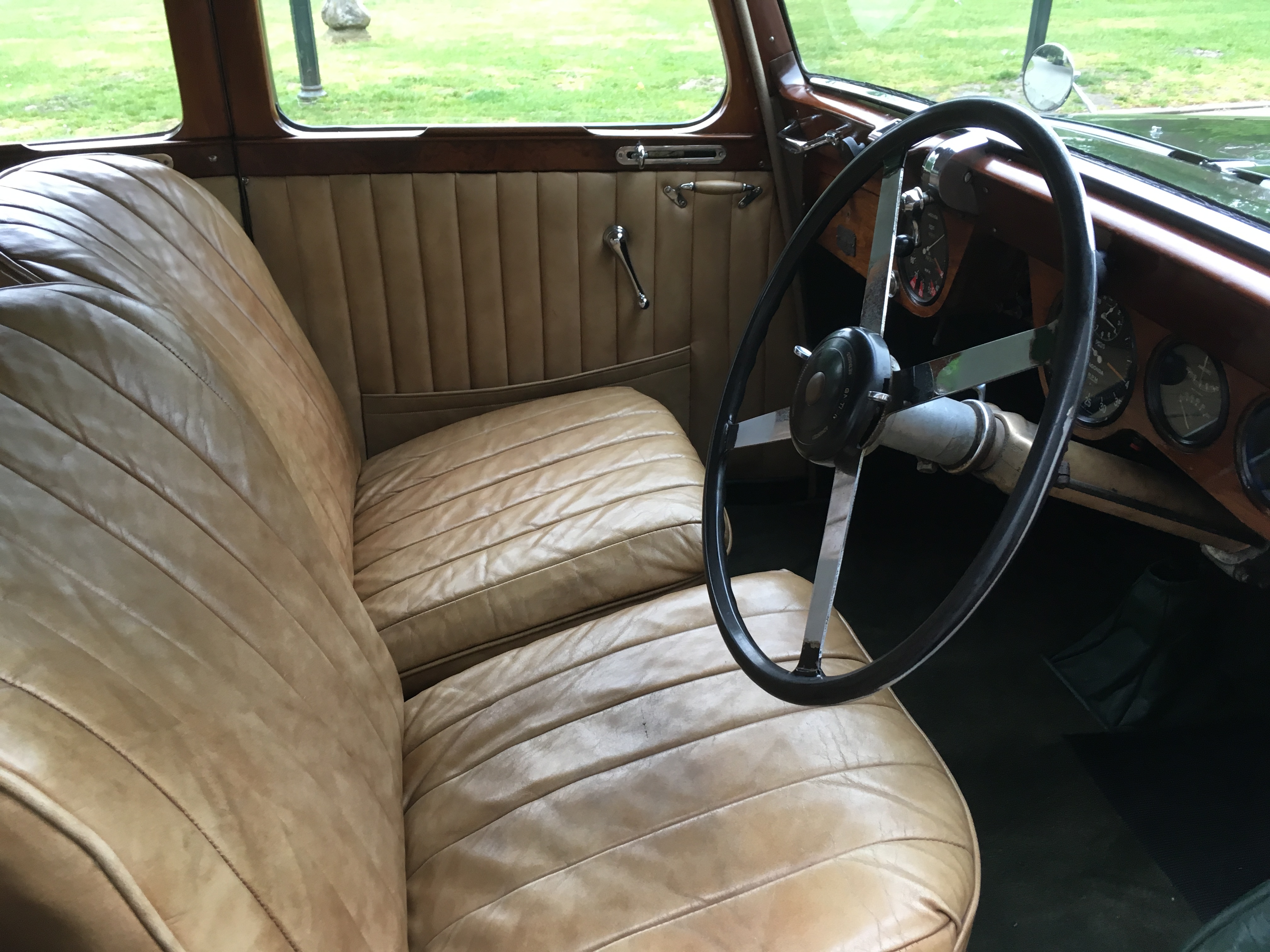 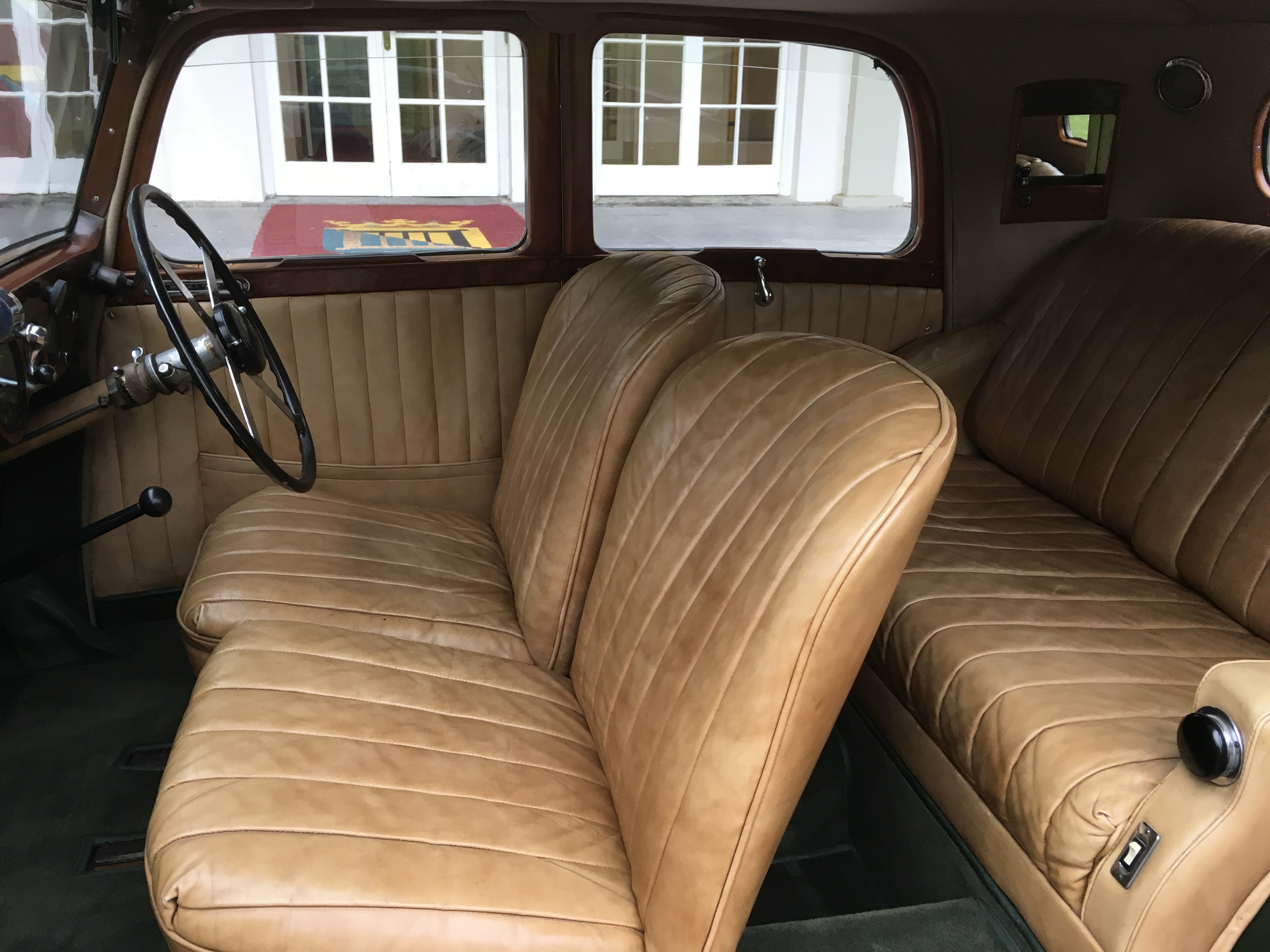 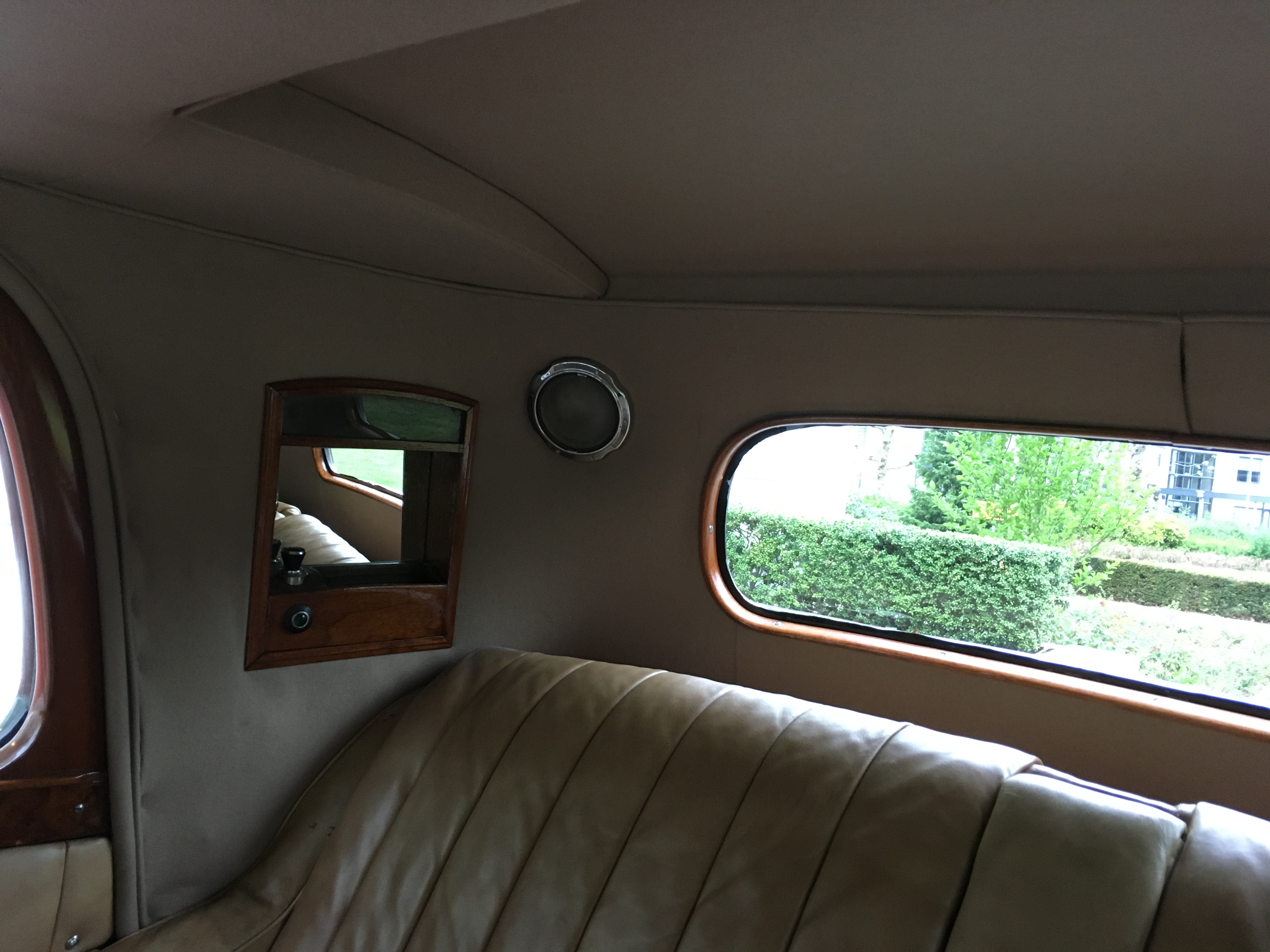 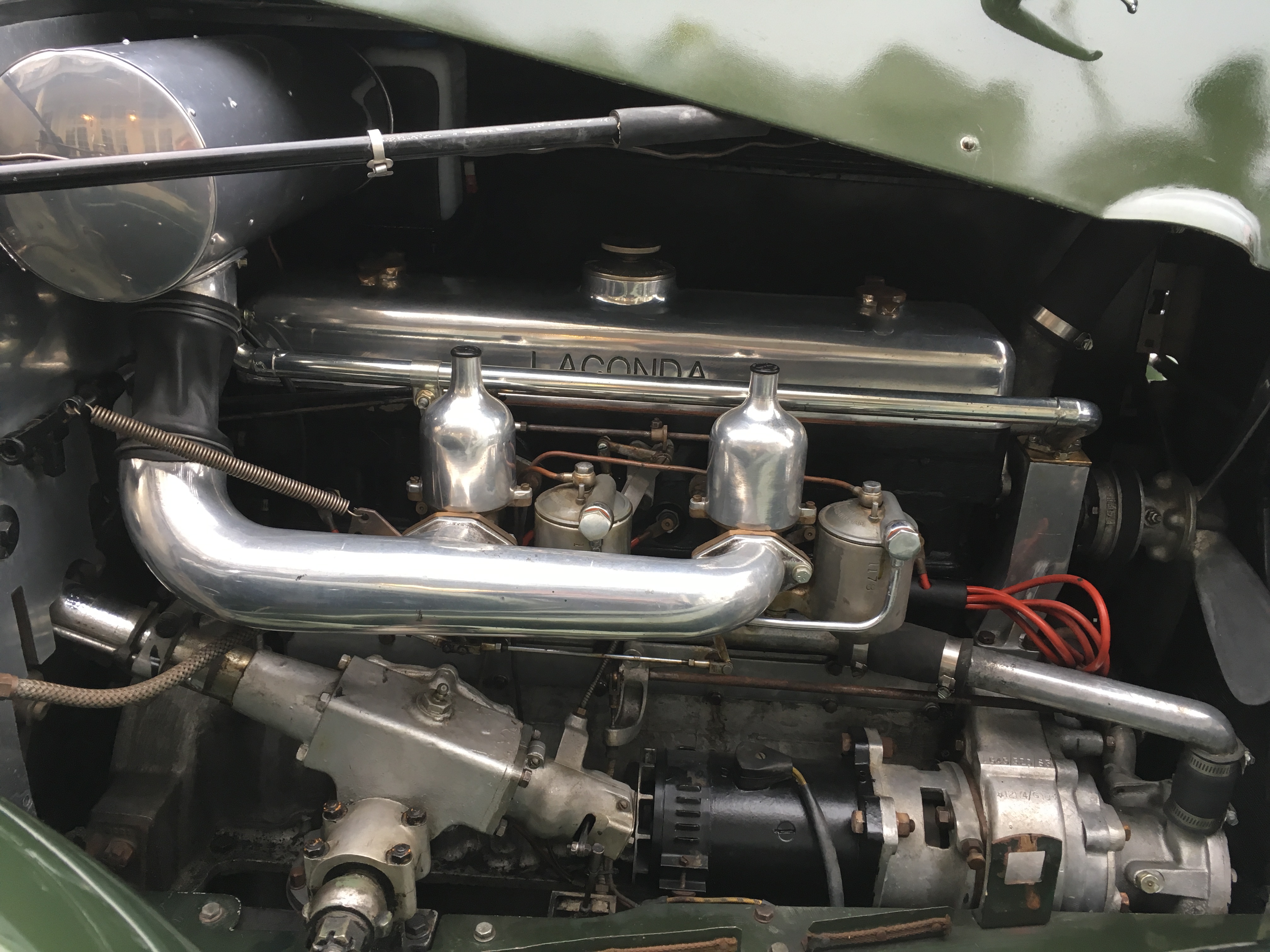 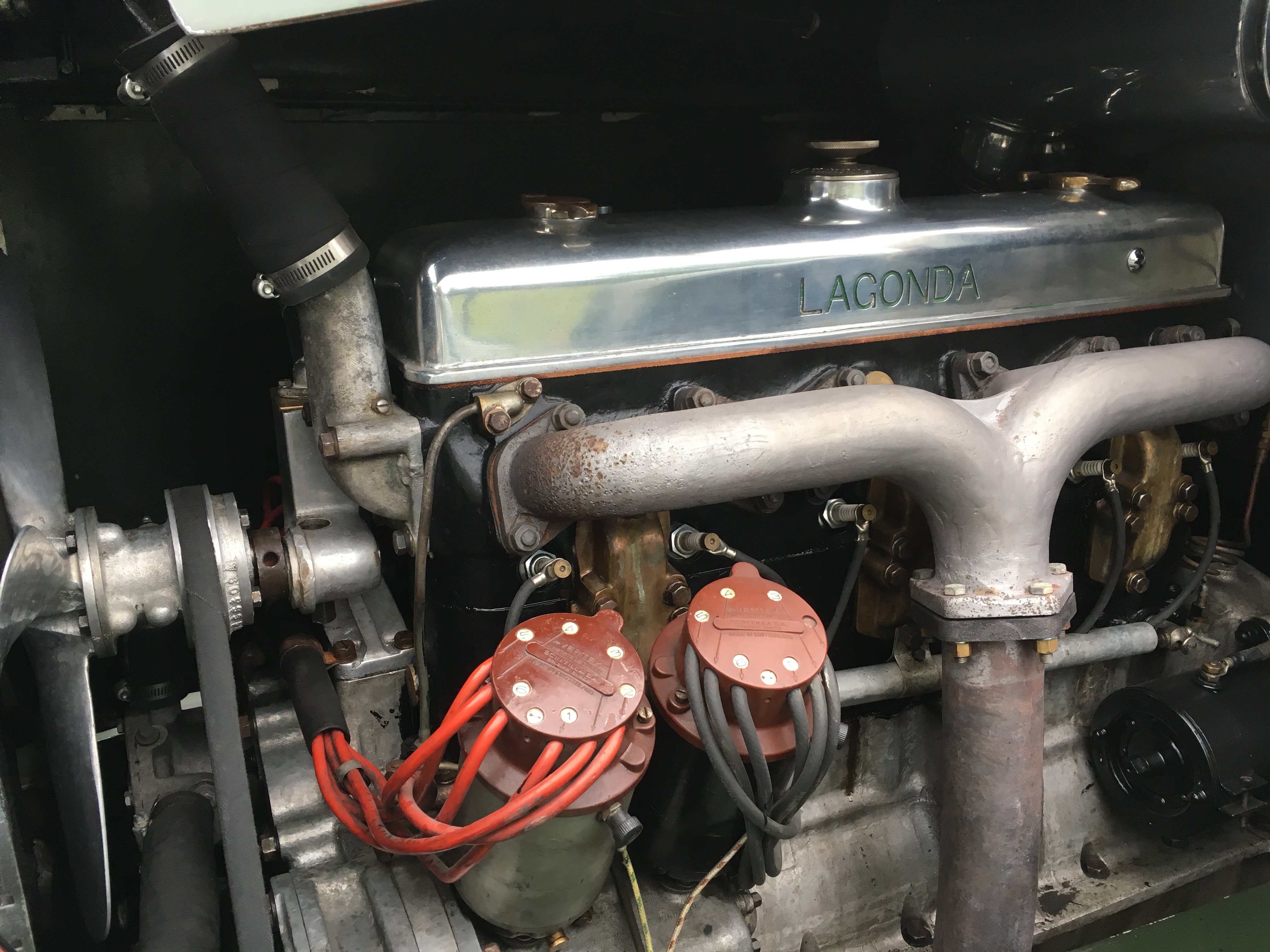 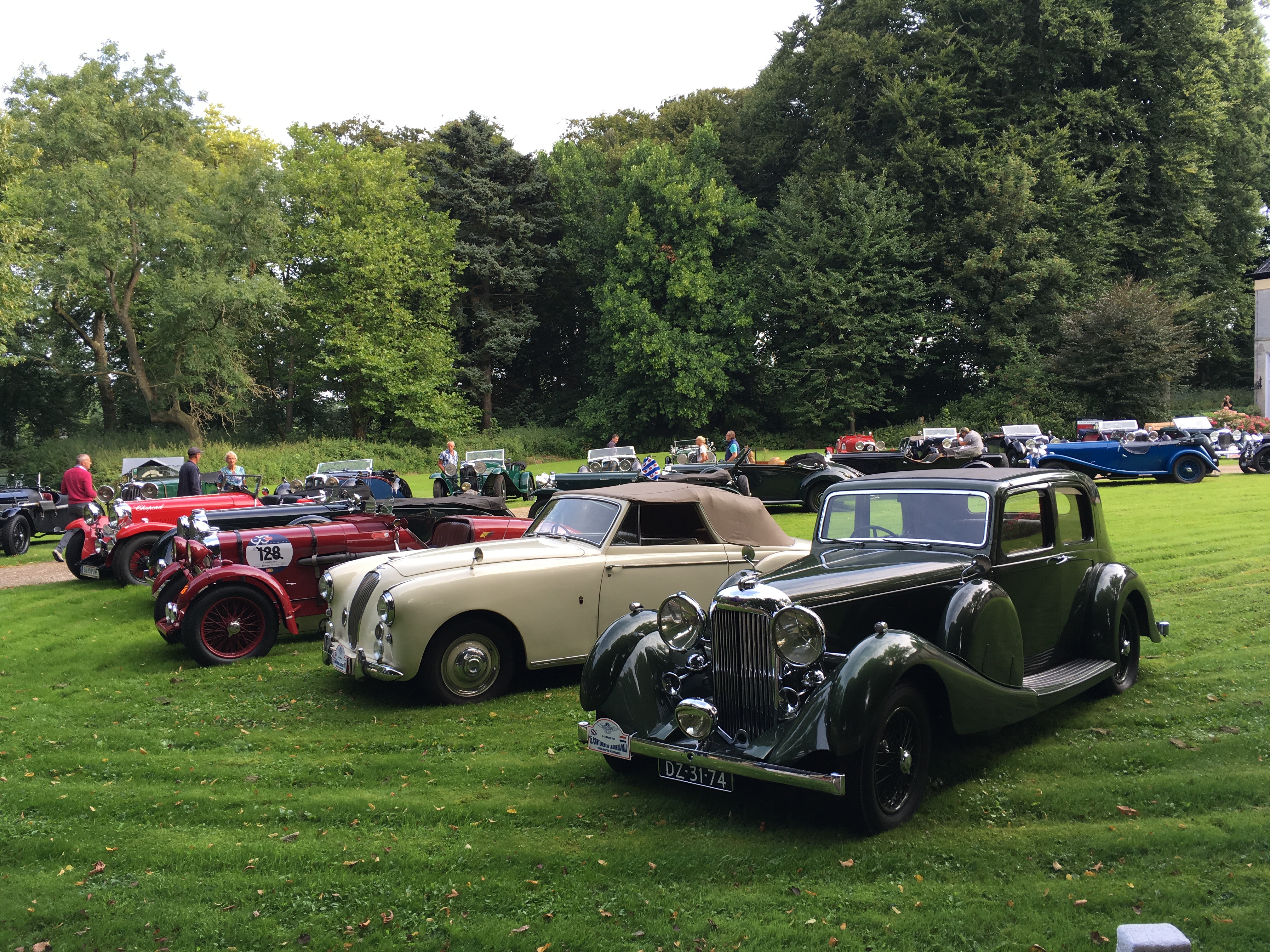 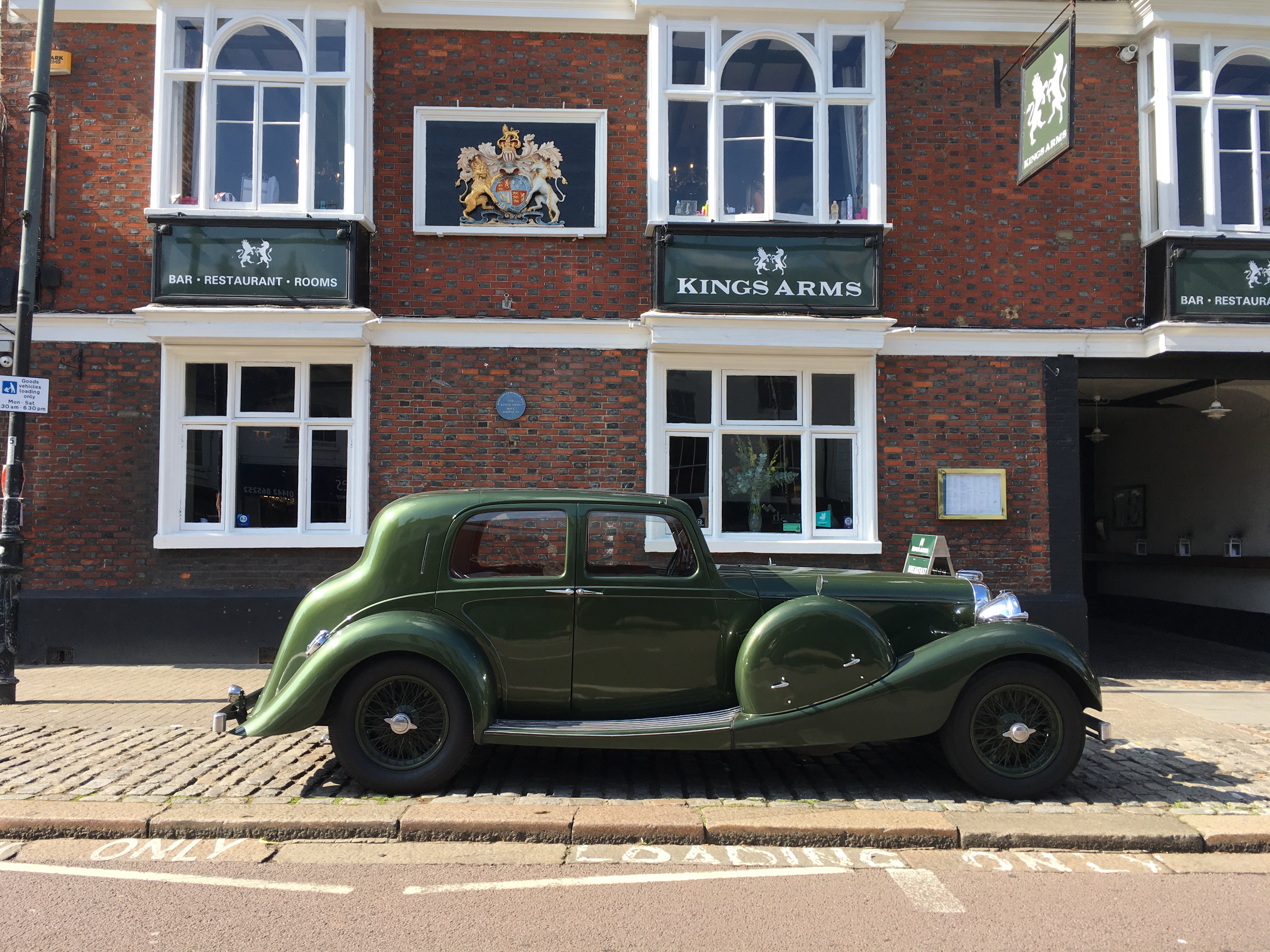 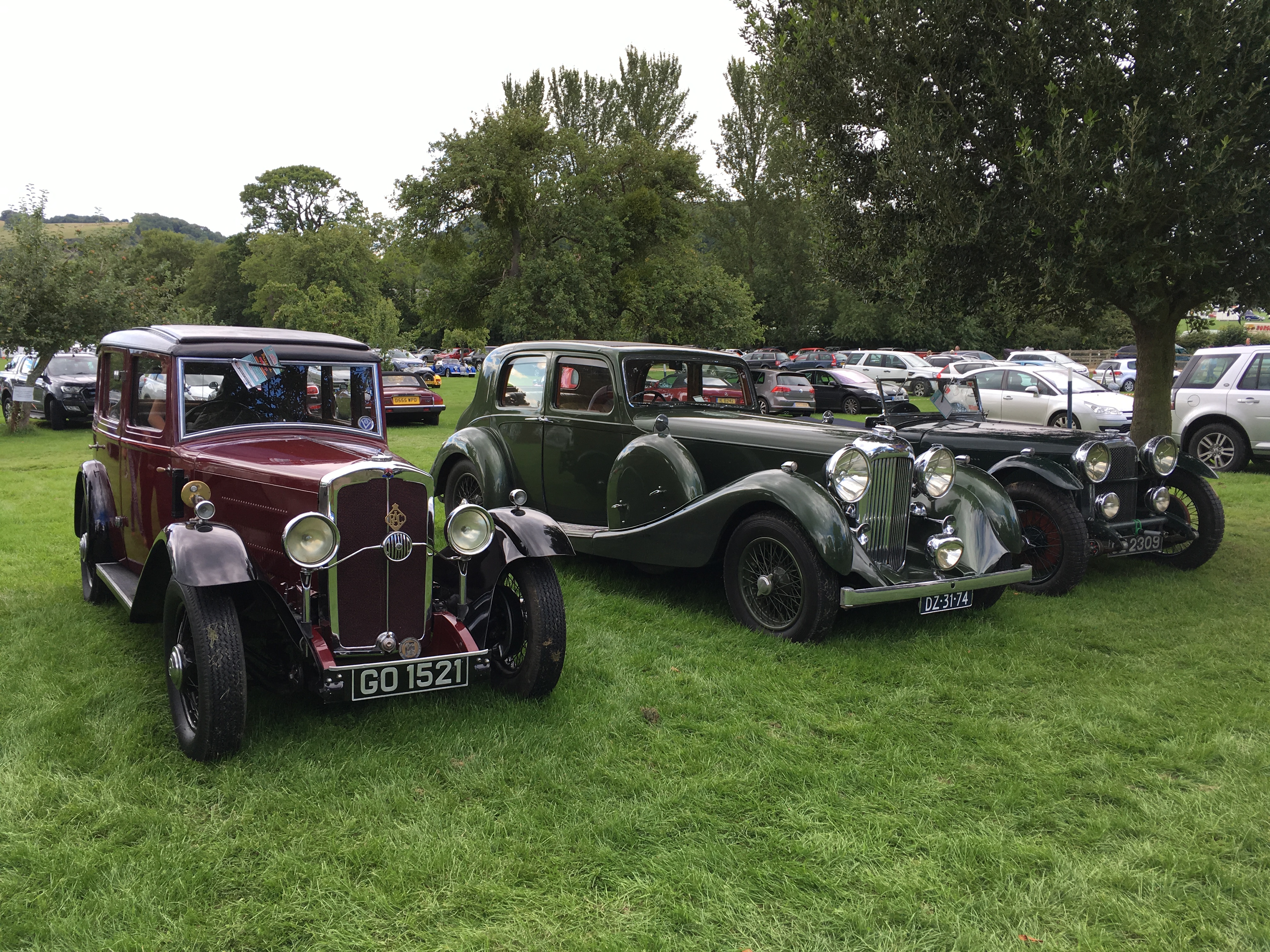 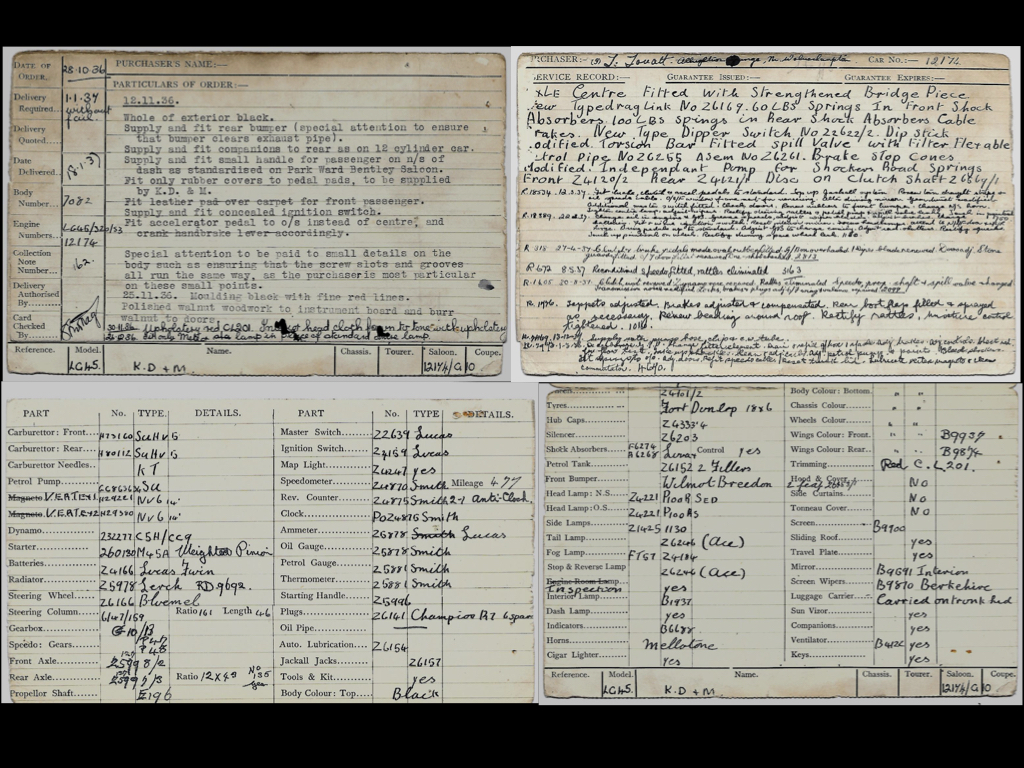 The time has come to say goodbye to our dear companion. A true automobile that has taken us on numerous overseas Lagonda Club gatherings, VSCC meetings and other adventures. Comfortable, reliable, in all weather conditions and always with a smile on our faces. In order to finance our next pre-war project, this beautiful Lagonda LG45 Saloon is now looking for its next careful owner.

This rather special and rare Lagonda LG45 was delivered new with the handsome Lagonda-built Silent Travell Pillarless Sports Saloon coachwork that it still retains to this day. A great long distance travel companion with enormous low-end pulling power, easy to operate G10 gearbox, solid and precise handling and relaxed to cruise at normal highway speeds: the perfect car for weekend trips, overseas holidays and all sorts of pre-war motoring events and rallies.

Copies of the factory production card show that this Lagonda was originally produced for Mr. Lovatt in a beautifull colour combination of black coachwork with black wheels and a red interior trim. Specially ordered for this particular car was a full rear bumper, companions to the rear (as on 12 cylinder cars), a small handle on the passenger side of the dashboard, moulding black with fine red lines, polished walnut woodwork to instrument board and burr walnut to doors and a Meteor centre driving lamp. A further remark on the production card states: “Special attention to be paid to small details on the body such as ensuring that the screw slots and grooves all run the same way, as the purchaser is most particular on these small points.”

This Lagonda LG45 was originally supplied through the official London Lagonda dealer Kevill-Davies & March Ltd on 28 Berkeley street. Co-owner of this dealership was the then Earl of March (Freddie March, the 9th Duke of Richmond and Gordon). The car was first registered as DLR5 in January 1937 in London.

This Lagonda has been serviced by the factory until 1951 where several documented upgrades, modifications, service and repairs have been performed. From 1966 onwards the car spent its life in the USA and in 2008 it was re-imported back into Europe. Now on Dutch EU registration, comes with a copy of its original production, service and guarantee records and a history file.